About > News > A rare manuscript is rebound

A rare manuscript is rebound

Most book conservators never have the opportunity to reconstruct a 16th-century Byzantine binding from scratch.  For Ann Lindsey, Head of Conservation at the University of Chicago Library, that opportunity came in February, in connection with a major project to digitize all 68 New Testament manuscripts in the Edgar J. Goodspeed Manuscript Collection.

The role of the Conservation program at the Library is to maintain collections over time, ensuring that they can be used by current scholars and future generations.  Most of the manuscripts in the Goodspeed Collection, which date from the 5th to the 19th centuries, have required only minor treatments, if any, to be handled safely during the digitization process.

But the John Adam Service Book, one of the last eight items in the Goodspeed Manuscript Collection to be digitized, presented an unusual case where the disbinding and rebinding of a rare manuscript were merited.  Originally handwritten in Greek in the 15th to 16th century on paper produced in Italy, it was rebound in the 1850s, with a typical 19th-century cloth cover, and illustrated by its namesake, John Adam, near Epirus, Greece.  By the time it was acquired by the University of Chicago Library in 1930, its spine covering was missing.  When Lindsey examined the Service Book in anticipation of digitization, she found that any further handling of the manuscript would cause the exposed spine and 19th-century oversewing to damage the original 15th- to 16th-century pages.

Lindsey conferred with her colleagues in Special Collections and Preservation, and the group concluded that the original manuscript would be best preserved, and scholars would be best served, if the book were disbound, digitized, and then rebound, using historically sympathetic materials so that researchers could consult it as needed and get a better sense of what the book was like when it was first bound and used in the 16th century.

A forensic investigation of the John Adam Service Book’s binding

A handful of linen threads are all that remain of the original binding—but they provided the evidence that Lindsey needed to determine that the book originally had a Byzantine binding, a rarity in American libraries.

Most European books from the 15th and 16th century were bound in the Western style, sewn from start to finish on top of cords, with each stitch going through all of the pages of the book.  The threads are then secured in multiple places along the spine. If the folds of such pages were cut as part of a subsequent rebinding process and the spine were to be broken later, the threads would come out in many small pieces.

The folds of the John Adam Service Book were cut when the book was rebound in the 19th century.  But the threads Lindsey found upon examining the book are long, notched, and made of linen—all signs that this manuscript originally had a Byzantine binding.  When employing this method, bookbinders cut a notch in the back section of each page.  They sewed the first section of pages to a wooden board, the second section to the first section, the third section to the second, and so on, tucking the thread into notches and securing it with link stitches.  Because a Byzantine binding was used, when the folds were cut and the 19th-century binding was later broken, the thread emerged in long pieces.

Once Lindsey identified the type of binding, she was able to infer much about the book’s construction. Byzantine bindings used quarter sawn hardwood front and back boards, had decorative grooves, and were covered in goat skin.  A new binding made of historically sympathetic materials should include all of those features.

“It’s Ann’s remarkable expertise in seeing and interpreting evidence that we all respect so much,” said Daniel Meyer, Director of the Special Collections Research Center.  In addition to her master’s degree in Library Science, Lindsey has a certificate of advanced study in conservation from the University of Texas and conservation experience gained at the Huntington Library and the University of California, Berkeley, before she came to Chicago to lead the Library’s conservation efforts.  Her knowledge of how to rebuild a Byzantine binding came from a special class entirely devoted to the subject.

With a plan in place to create a new binding that would resemble the original one, Lindsey painstakingly humidified each folio slightly so that the 19th-century glue would soften and could be removed with a microspatula, along with the binding threads. Lindsey then gathered folios into sets of four, which she “guarded” with Japanese tissue and wheat starch paste at the edges to strengthen it in preparation for rebinding. The sets of pages were carefully delivered to the Digitization Laboratory, also in the Mansueto Library, where high-resolution images of each page were created by Photographer Michael Kenny and will be posted to the Goodspeed website.

Once digitized and returned to the Conservation Laboratory, Lindsey sewed the boards and pages together in the Byzantine style, attaching half the pages to the front board and the other half to the back board, before lashing the two halves together, lining the spine with linen, and sewing a heavy end band across the two boards and the newly reconstructed spine.  As the final step, she used a dark brown goat skin to cover and hold the book together.

Lindsey greatly enjoyed the woodworking and leatherworking that the project required, but the stitching of the binding is her favorite part.  “The sewing is the process where you start putting it back together,” she said. “It’s the heart of the book—and its literal backbone.  It’s what makes a book work well.”

Why digitize the full Goodspeed Collection?

The Goodspeed Manuscript Collection is the first collection of bound early manuscripts that the University of Chicago Library committed to digitize in its entirety—and that work is expected to be completed within the next year.  The Library’s Special Collections Research Center is digitizing materials from its archives, manuscripts, and rare book collections as funding permits in order to enhance access to scholars.   In choosing where to begin among the early manuscripts, Special Collections staff members were drawn to the Goodspeed Collection because of its focus and coherence.

All the Goodspeed Manuscripts relate to the New Testament in some way. The John Adam Service Book is a trephologion, or festal menaion, a liturgical book that includes text for the great feasts that fall within the fixed cycle of services of the Orthodox Church, such as those for the Birth of the Virgin, The Great Martyr Demetrius, and the Birth of Jesus.

Edgar Goodspeed, DB 1897, PhD 1898, became Chairman of the Department of New Testament and Early Christian Literature in 1923 and soon after began seriously collecting New Testament manuscripts for the University of Chicago. Goodspeed regarded such manuscripts as essential to humanities research, just as laboratories are essential to the natural sciences, and expected them to be invaluable not only to his own work, but to the research of many at UChicago.

It seems safe to assume that if Goodspeed were alive today, he would jump at the opportunity to have the collection digitized, for he regularly sought ways to raise both scholarly and public awareness of the unique manuscripts at Chicago, and encouraged the publication of facsimile editions that would allow scholars to study the manuscripts from afar. His first major discovery, The Rockefeller McCormick New Testament, uncovered almost by chance in an art dealer’s shop in Paris in 1927, was an unparalleled historical and iconographical find, featuring a fine cursive hand, splendid gilt covers, and more than ninety miniature illustrations.  Only the second complete Byzantine New Testament manuscript to be brought to the U.S., it attracted sensational publicity in the press and on radio and was reproduced in a three-volume facsimile edition suitable for scholarly research by the University of Chicago Press in 1932.

The attention generated by Goodspeed’s early collecting efforts helped to fuel interest in the acquisition of additional New Testament manuscripts and led to expanded faculty expertise in iconography and textual editing at Chicago. Many other acquisitions made possible by Goodspeed captured the imagination of scholars and the public, among them, the Elizabeth Day McCormick Apocalypse.  The only known illustrated Apocalypse in Greek at the time, it gained renown for its 69 remarkable miniatures dating to roughly 1600.  A facsimile edition was published by the University of Chicago Press in 1940. By the time he retired in 1948, Goodspeed had built one of the most impressive collections of New Testament manuscripts then held at any American university.  In recognition of his achievement, this collection of early Greek, Syriac, Ethiopic, Armenian, Arabic, and Latin New Testament manuscripts bears his name today.

The Goodspeed Collection continues to function as a treasure trove for scholarship and teaching, now fueled by the growing availability of the digitized facsimiles online. Current faculty who use the collection include Hans-Josef Klauck, Naomi Shenstone Donnelley Professor of New Testament and Early Christian Literature at the Divinity School, who has taught a course on Revelation and the Elizabeth Day McCormick Apocalypse using both the original manuscript and online digital facsimiles. “In my judgment, the digitization of the codex was an exciting experience and provided a great chance for better, more advanced and more exciting teaching in my very field,” Klauck concluded.

Divinity School Dean Margaret M. Mitchell was a member of the original team that planned and obtained funding for the digitization project and has delved deeply into another item in the collection, the Archaic Mark—the first Goodspeed manuscript to be digitized. Resolving a 70-year debate, she collaborated with Library staff and technical experts in micro-chemical analysis and medieval bookmaking to definitively determine that this Gospel of Mark was not a genuine Byzantine manuscript but rather a fascinating late-19th- or early-20th-century forgery.

“When we began the Goodspeed Manuscript Collection project in 2005, the University of Chicago was among the first to propose digitizing entire manuscripts instead of selected pages,” explained Alice Schreyer, Associate University Librarian for Area Studies and Special Collections. “We received a National Leadership Grant from the Institute of Library and Museum Services for this innovative approach, which is now widely accepted. We are thrilled to be completing this important work, which will support many types of scholarship for decades to come.”

High-resolution images of 57 of the Goodspeed manuscripts are currently available online at goodspeed.lib.uchicago.edu. 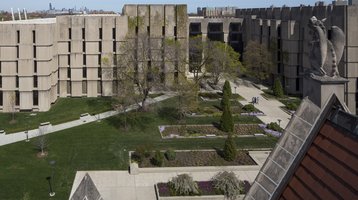 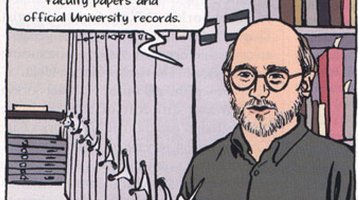 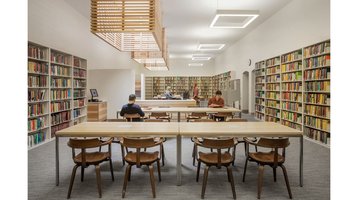