Posted on Jun 09, 2014, by The University of Chicago Library

In a typical year, the Library awards two Brooker prizes: one to a fourth-year student and another to a second-year. After considering this year’s entries, the Brooker Prize Committee decided to honor two fourth-years, who each received $1000. Mox Schults won for his collection A Library for Babel(ing): Books for Reading Aloud. Driven by the power of the spoken word, Schults designed a collection of publications meant to foster human interaction by being read aloud in groups. His project, “Mouth Thought,” brings together a fluid group of people at the University and Blackstone Library to read aloud with a focus on sharing literature from as many languages and cultures as possible. Schults wrote, “I intend to cultivate this collection and to be carrying it with me the rest of my life, and to organize “Mouth Thought” events wherever I go—to engage people with words on the page, with different languages and cultures, and, above all, with each other.”

Kareem Mohammad won for his collection Works by Clamp, Four Female Manga Creators. He began collecting manga—Japanese comic books or graphic novels–14 years ago, inspired by his favorite childhood television show, only to quickly become immersed “in an established and fascinatingly complex entertainment genre abounding with classics that had pushed the limits of animation.” In describing his favorite manga, Kareem explains, “the works represented an exquisite blend of striking artwork, exotic storytelling, and robust character development that spoke to me on a deeper level than any other piece of fiction I had encountered. I found the story to be exceedingly relevant and the physical collection would ultimately serve as a symbolization of the transformation I was undergoing as a student of the University of Chicago.”

Second-year G. Philip Crean IV won $750 for his collection The Rise and Fall of European High Imperialism, focusing on the origins of both the Industrial Revolution and World War I. “I have loved my short time collecting and plan to maintain it as a life‐long endeavor,” Crean states in his application. “[M]y collection will never be complete, and my task will never be done. So long as I see a heretofore unknown work listed in a footnote, I know I will still have books to search for and enjoy.” 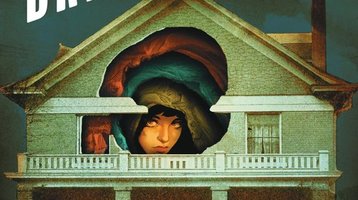