After a distinguished 35-year career at the University of Chicago Library, Daniel Meyer, Director of the Hanna Holborn Gray Special Collections Research Center and University Archivist, will retire in July.

During his time at the Library, Meyer facilitated significant collections growth, spearheaded many initiatives, worked with leadership to guide library strategy, and maintained an active scholarly record, contributing to the literature of archiving and special collections along with many other diverse publications.  With the construction of the exhibition gallery, he created and stewarded a program supporting research, teaching, and community engagement.  He also contributed service to the university through committee work and collaborations across the institution.

Meyer was responsible for growing the collections across many disciplines and fields, including social sciences, physical and biological sciences, literature, theology, social work, law, and medicine.  He negotiated the gift of the corporate archive of printing firm R. R. Donnelley & Sons and oversaw the addition to Special Collections of the archives and manuscripts of the John Crerar Library, the archival collections of the Chicago Jazz Archive, and the archives and faculty papers of Chicago’s Native American Educational Services college and community programs.  To process these collections, Meyer helped secure funding from the University Women’s Board, John Crerar Foundation, Mellon Foundation, American Institute of Physics, Institute for Museum and Library Services, and Smithsonian National Air and Space Museum.  With Alice Schreyer, he launched the Platzman Memorial Fellowships and consulted widely with faculty, students, and visiting researchers on their class projects, books, exhibitions, consortial initiatives, and media programs.

His involvement with early facets of digital tools for archives led to participation in the launch conference for the Encoded Archival Description (EAD) Document Type Definition at Berkeley in 1995 and guided the implementation of EAD online finding aids in the Library. Meyer proposed and helped secure grant funding for a succession of digitization projects in collaboration with the Digital Library Development Center and Preservation, including American Environmental Photographs, the First American West, and the Goodspeed Manuscript Collection.  He initiated digitization of University historical documentary photographs, now the Photographic Archive, followed by the Campus Publications collection of digitized University serial titles.  Based on the successful launch of the Goodspeed collection, he initiated digitization of the Library’s unique medieval and Renaissance codices as the Early Western Manuscripts project.

Over the course of his career, Meyer also contributed to the strategic growth of the library.  He was a member of the Library’s first strategic planning process in the late 1980s and was later a member of the Strategic Directions Committee for FY 2016-2018.  Working with Alice Schreyer, he consulted with faculty and contributed to the design of the Rosenthal Seminar Room, the Library’s first smart classroom.  He chaired the Library Shelving Advisory Task Group and produced its final report, known as the “Meyer Report,” which formed part of the Library’s successful submission to the Board of Trustees supporting the construction of the Mansueto Library.  Dan served on the planning team for the Mansueto Library and worked with Booth Hansen architects to reshape the first floor of Special Collections, including a reconceived exhibition gallery with mobile display cases and capacity to display large printed materials and physical objects.  He served on the Multipurpose Room committee guiding creation of the Regenstein 122 space and proposed installation of leaded glass printers’ marks windows along the Mansueto pathway and colored glass windows in the foyer of Regenstein 122, all drawn from the R. R. Donnelley corporate archive gift.

Meyer served on numerous University committees, including faculty planning groups for the University Centennial, the 125th Anniversary, and the 75th anniversary Nuclear Reactions commemoration.  He was a lead collaborator with the Vivian Harsh Research Collection of the Chicago Public Library on the Uncovering New Chicago Archives Project (UNCAP) and was part of the initial planning group convened by Danielle Allen that led to the formation of the Black Metropolis Research Consortium.  He also worked with a range of local organizations from the Chicago Collections Consortium to the Hyde Park Historical Society, the Hyde Park-Kenwood Community Conference, and the Jazz Institute of Chicago.

An active scholar throughout his career, Meyer has edited A Walking Guide to the Campus: The University of Chicago (1991) and co-authored Classic Country Estates of Lake Forest (2003). He has curated and co-curated a number of exhibitions and digital collections, including The University and the City  (1992); Reading the Greens: Books on Golf from the Arthur W. Schultz Collection (1998); American Environmental Photographs (1999); The First American West  (2002); Research at the Center: Special Collections Research Center, The University of Chicago Library (2003); Our Lincoln  (2009); Firmness, Commodity and Delight (2011); and  Science and Conscience: Chicago’s Met Lab and the Manhattan Project (2017).

Other publications include “Special Presentation: Ecology and the American Environment” and other narrative content for American Environmental Photographs, 1891-1936; Images from the University of Chicago Library, American Memory web site, Library of Congress (1999); “The University of Chicago Library,” in International Dictionary of Library Histories (2001); Building for a Long Future: The University of Chicago and Its Donors, 1890-1930,  with Brandon Johnson, John W. Boyer, and Alice Schreyer (2001); “Special Presentation: Encountering the American West,” and other narrative material for The First American West: The Ohio River Valley, 1750-1820, American Memory web site, Library of Congress (2002); Foreword in  Printing for the Modern Age: Commerce, Craft, and Culture in the RR Donnelley Archive (2006); and “Innovation on a Grand Scale:  Revisiting Regenstein Library at 50” (2021).

Everyone at the University of Chicago Library wishes Dan well on his next chapter.

To see some of his favorite items from the collections, visit the web exhibit Special Collections, Special Director: Celebrating the Work of Daniel Meyer, Director and University Archivist. 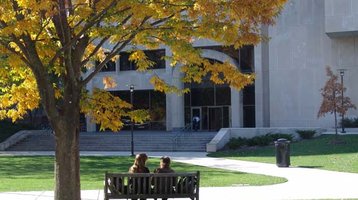 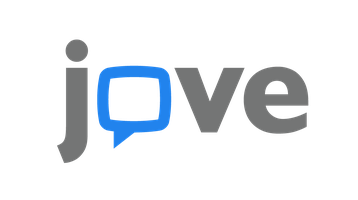 Resources Access video experiments in sciences and medicine with JoVE