Posted on Dec 20, 2019, by the University of Chicago Library

As academic fields expand and diversify, Special Collections is building collections to support these new directions. Researchers are drawing on original materials in many areas including race and gender, cinema and media, graphic design, arts practice, and cross-cultural global studies. This exhibition displays recent acquisitions with research potential for a range of disciplines. The materials represent many formats, including children’s books, family letters, journals, fine book design, posters, research notes, clothing, board games, and printed ephemera.

The newly acquired materials on display will support a wide array of studies: A medieval breviary prayer book bound in a flapped parchment case. The Library’s earliest Russian translation of Homer, published in 1776-1778. An engaging board game from the 1960s promoting careers for young girls. A selection of colorful Chicago jazz posters from concerts, festivals, and performances by individual artists. Two books from the turn of the 20th century promoting the sport of golf for women. A group of imaginatively designed books about dinosaurs for children. The wedding dress worn by Eva Overton, wife of Dr. Julian H. Lewis and daughter of Anthony Overton, founder of the leading African American newspaper, the Chicago Bee. Booklets on Chicago housing and neighborhood integration. Publications documenting experiences of the LGBTQ community. A leather-bound copy of Edmund Spenser’s Faerie Queene with an Arts and Crafts-style design by Ethel Taunton. An early 20th–century album with photographs of immigrant residents of Chicago’s Back of the Yards neighborhood. A collection of pamphlets, buttons, and posters from socialist and progressive causes and local political campaigns. Research papers on sickle cell anemia and malaria by Dr. James Bowman, the first tenured African American professor in the University of Chicago's Biological Sciences Division.

The Special Collections Research Center is the principal repository of rare books, manuscripts, and archives in the University of Chicago Library.

The Rare Book Collection includes titles from the fifteenth century to the present. Areas of strength in the Rare Book Collection include works and editions of Homer, classical literature and antiquities, the history of science and medicine, English and American literature, history, and economics, nineteenth-century English poetry, modern English and American poetry, historical children's books, Jewish life and culture, theology, Renaissance humanism, and the printed works of Frederick Chopin.

Early manuscripts include texts from the ancient, medieval, Renaissance, and early modern periods. Holdings include the Goodspeed Manuscript Collection of early Byzantine Gospels and liturgical texts; late medieval and Renaissance secular and religious texts, including books of hours and works of Boccaccio and Chaucer; court and manorial documents of the Bacon family; and legal documents from northern Italy in the Rosenthal collection.

The University Archives documents the history of the University of Chicago, the work of its faculty, and the life of the academic community. Among areas of particular strength are the history of higher education, including race and gender on campus; the development of academic disciplines and area studies; and records and papers in economics, sociology, history, anthropology and ethnology, education, law, social thought, social work, theology and history of religions, ecology, physics, astrophysics, and geophysical science, among other fields.

Images from the exhibition included on this page are available for download to members of the media and are reserved for editorial use in connection with University of Chicago Library exhibitions, programs, or related news.

For more information and images, contact Rachel Rosenberg at ra-rosenberg@uchicago.edu or 773-834-1519.

Hours: Mondays through Fridays, 9 a.m. – 4:45 p.m., and, when University of Chicago classes are in session, Tuesdays and Wednesdays, 9 a.m. – 5:45 p.m. Visitors without a UChicago ID can enter to see the exhibit by obtaining a visitor pass from the ID and Privileges Office in Regenstein Library.

Exhibit on view Jan. 6, 2020 – April 24, 2020 at the Special Collections Research Center
Hours: Mondays through Fridays, 9 a.m. – 4:45 p.m., and, when University of Chicago classes are in session, Tuesdays and Wednesdays, 9 a.m. – 5:45 p.m. Visitors without a UChicago ID can enter to see the exhibit by obtaining a visitor pass from the ID and Privileges Office in Regenstein Library.
Exhibit News Special Collections Humanities & Social Sciences
Share this: 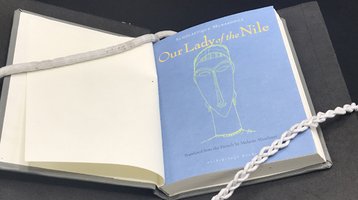 People Favorite Book Fridays: Our Lady of the Nile 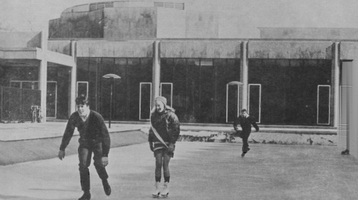 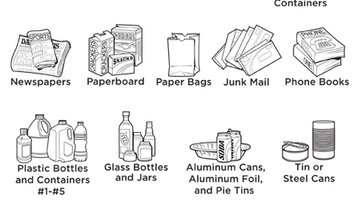 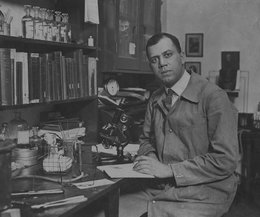