The Library is online—we’re here and ready to help you.

Learn more about our online services.

All Library buildings are currently closed due to the COVID-19 emergency.

About > News > New guide to the Janet D. Rowley papers

The Janet D. Rowley Papers are now fully organized and will be open for research when the Library is able to reopen.

Dr. Janet Davison Rowley (1925-2013) was the "matriarch of modern cancer genetics." Rowley's discovery of chromosomal translocations in leukemia patients led to breakthroughs in scientific understanding of cancer and the development of targeted therapies. The papers primarily document Rowley's career as a cancer researcher at the University of Chicago, and her activities as a renowned scientist called upon to address issues related to cancer, chromosomal translocations, genetics, bioethics, and women in STEM.

Janet Davison Rowley was born on April 5, 1925 in New York City to Hurford and Ethel Davison, both teachers. When Janet was two years old, the family moved to Chicago. In 1940, she earned a scholarship to the Hutchins College at the University of Chicago, which allowed students to combine the last two years of high school with the first two years of college. This accelerated program helped Rowley to earn a bachelor of philosophy degree by the age of 19. In 1944 she was accepted into the University of Chicago's medical school, but was told she would have to delay entry into the program for nine months, because they had already reached their quota of three women in the class of 65 students.

She received her medical degree in 1948, and married her classmate, Donald Rowley, a day after graduation. Donald Rowley would go on to teach at the University of Chicago as a professor of pathology. For the next 20 years, Janet Rowley worked part time while raising their four sons: Donald, David, Robert, and Roger.

One of her part-time jobs was at a local clinic for children with Down syndrome, a genetic disorder caused by a chromosomal abnormality. In 1961, when accompanying her husband on a sabbatical at Oxford University, Rowley took the initiative and arranged to study chromosomes in the laboratory of Laszlo Lajtha, a hematologist at the Churchill Hospital in Oxford. When the Rowleys returned to Chicago, Janet secured a small salary - enough to pay a babysitter part-time - and a spot in the laboratory of Leon Jacobson at the University of Chicago, where she began to study chromosomes of people with leukemia.

During Donald's second sabbatical year at Oxford in 1970, Janet learned a new chemical staining technique that made it easier to identify chromosomes. She began staining chromosomes of leukemia patients and photographing them. She brought the photographs home, carefully cut out each chromosome, and laid them out on her dining room table to hunt for abnormalities (all while balancing childcare and homemaking). In 1972, she spotted her first chromosomal abnormality: Pieces of chromosomes 8 and 21 in patients with acute myeloid leukemia had swapped places - something called translocation. Later, she noticed another chromosomal translocation in patients with chronic myelogenous leukemia. She reviewed the current medical research literature to see if anyone else had noticed these translocations, but no one had. Rowley published her discovery in 1973. Reception was lukewarm, because many scientists still believed that chromosomal translocations were a result of cancer and not a cause of cancer. When Rowley and her colleagues identified a third translocation in acute promyelocytic leukemia in 1977, everyone took notice.

Janet Rowley had unlocked the Rosetta Stone to modern understanding of cancer genetics. Following her lead, scientists began to identify dozens of chromosomal translocations in other cancers. Her discoveries led to greater understanding of the genetic underpinnings of certain types of cancer, and led to breakthrough therapies including the drug Gleevec for chronic myelogenous leukemia and use of high-dose retinoic acid to treat acute promyelocytic leukemia.

Rowley went on to publish over 500 journal articles and travelled the world as an invited speaker and distinguished guest. She spent her entire career at the University of Chicago, rising through the ranks. Beyond the University, Rowley served the profession in many significant ways. She cofounded the journal Genes, Chromosomes & Cancer and served as editor-in-chief for 25 years. She served on President Jimmy Carter's National Cancer Advisory Board from 1979 to 1984, and on President George W. Bush's Council on Bioethics from 2002 to 2009. In 2009, she was at the White House when President Barack Obama lifted the federal moratorium on funding for stem cell research. Janet Rowley was the recipient of 14 honorary degrees and numerous prestigious prizes including the National Medal of Science and the Presidential Medal of Freedom. She was also elected as a member of the National Academy of Sciences, the Institute of Medicine, the American Philosophical Society, and the American Academy of Arts & Sciences.

Through it all, Janet Rowley managed to maintain a remarkably full and balanced life. Janet and Donald Rowley were married for 65 years. Together, they weathered the tragic loss of their eldest son, Donald, in 1983. She was an avid gardener, and enjoyed swimming, travel, opera, and time at the family's lake house in Porter Beach. Well into her 80s, Rowley rode her bicycle to work. Following her death from ovarian cancer on December 17, 2013, her friends and colleagues remembered her modesty and generosity. Dr. Janet Rowley donated her body to science with hope that more might be learned about ovarian cancer. She also donated her personal papers to the University of Chicago Library, anticipating that others might use her papers to further cancer research. 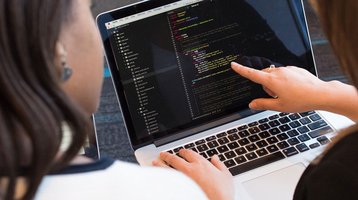 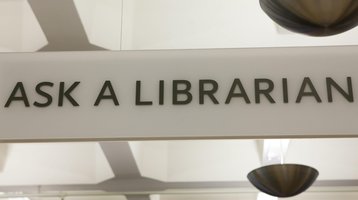 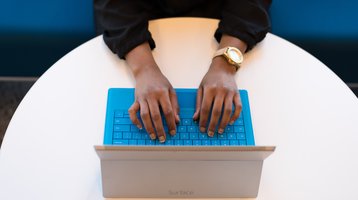