Posted on Sep 09, 2019, by Elisabeth Long, Associate University Librarian for Information Technology and Digital Scholarship; Barbara Kern, Director of the Science Libraries; and Richard Kron, Professor and Assistant Chair for Academic Affairs, Department of Astronomy and Astrophysics; and the College

A collection of 175,000 images of astronomical objects on photographic glass plate slides at Yerkes Observatory offers tremendous potential for both historians of science and astronomers and astrophysicists doing cutting-edge research today. These photographic images, taken over the last 120 years, document historical or periodic events such as novae or comets, as well as providing a basis for studying changes in the night sky. If converted into a usable digital format, they can not only provide more easily accessible glimpses into the scientific heritage of the past but also serve as a treasure trove of valuable information that astronomers can use to make new scientific discoveries.

The University of Chicago Library is partnering with faculty and students in the Department of Astronomy and Astrophysics to run a pilot study to determine how to scan these slides in a way that will facilitate meaningful scientific inquiry. Significant work has been done in this area by colleagues at Harvard University and the Smithsonian Astrophysical Observatory working with their own 500,000-plate collection, with custom-built equipment. Chicago is now exploring the feasibility of using off-the-shelf digitization technologies by analyzing the level of scientific detail that can be captured and balancing that with the scanning time and resulting data sizes.

Some of the earliest systematic photographic atlases of the sky (more specifically, the region along the Milky Way) were undertaken at Yerkes Observatory and published as paper-print copies of the original negatives. One of these, the Barnard-Calvert atlas was done in 1905, and the other, from 1933, the Ross-Calvert atlas, was a deliberate repeat to track stars changing in position or brightness. An even earlier series of plates of well-known star clusters, galaxies, and nebulae, from 1901 to 1904, was done by George Ritchey with the revolutionary 24-inch telescope that he built in Chicago. All of these individuals—Edward Emerson Barnard, Mary Ross Calvert, Frank Elmore Ross, and George Willis Ritchey—have strong associations with the University of Chicago, specifically Yerkes Observatory, where they all spent portions of their careers and made significant contributions to the field.

Thanks to support from the Kathleen and Howard Zar Science Library Fund and the College and Department of Astronomy and Astrophysics, we have engaged a group of seven undergraduate students on the project. In addition to working on the feasibility testing of scanning methods, the students have had a chance to engage with the historical significance of the collections and to get a glimpse into how astronomy was practiced in the past.

Since Winter Quarter 2019, Professor Richard Kron has led regular expeditions to Yerkes Observatory. On these trips, Elisabeth Long, Associate University Librarian for Information Technology and Digital Scholarship and Barbara Kern, Director of the Science Libraries, have shared their expertise in digital scholarship and science librarianship with the students, working together with them to understand the collections and identify sample slides for digitization testing. At the same time, the students have been able to learn how to use the historic telescopes at Yerkes to make observations, to utilize the darkrooms to reproduce some of the significant images, and to use modern tools such as nova.astrometry.net to analyze our testbed images and compare them to the data captured in modern sky surveys such as the Sloan Digital Sky Survey.

For the Library, making the data available for research as well as historical memory are top priorities. Dan Meyer, Director, Special Collections, and University Archivist; and Eileen Ielmini, Assistant University Archivist, are helping to identify glass plates that are representative of the University’s cultural history and should be rehoused on campus in the Special Collections Research Center. Sherry Byrne, Preservation Librarian, and Christina Miranda-Izguerra, Digitization Manager in the Library’s Preservation Department are working with them on digitization sampling. The findings of the pilot will be translated into a workable project plan that can be used to seek funding for a larger scale project. 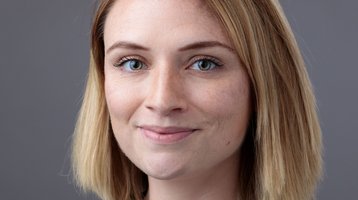