Posted on Nov 02, 2012, by The University of Chicago Library

The University of Chicago has been awarded a £52,247 grant from the British Library’s Endangered Archives Programme, funded by Arcadia, for the digitization and preservation of 60 rare and endangered Urdu language periodicals. With the grant, digital images of magazines and journals will be produced at the Mushfiq Khwaja Library and Research Centre in Karachi, Pakistan, and made available through the University of Chicago Library and the British Library, giving scholars access to a significant archive of the most important Urdu periodicals from the 19th and 20th centuries.

“Without a doubt, Urdu periodicals published between the 1870s and 1940s are of critical importance for anyone doing research in the humanities or social sciences concerning the Urdu-phone populations of India and Pakistan,” says Professor Emeritus C.M. Naim, who taught Urdu in the Department of South Asian Languages and Civilizations at the University of Chicago.

Urdu was the lingua franca in much of the subcontinent during the 19th century and Urdu periodicals provide a broad spectrum of writings on a range of important issues in South Asia through the 19th and 20th centuries, making their preservation invaluable for scholars of the language and the region.

“Thanks to the easy technology and low cost of litho printing, the only accepted form for Urdu script texts across South Asia, Urdu weeklies and monthlies began to appear in the 1870s,” Naim explains. “It was in the periodicals that all major modern writers and political and social figures made their debuts and gained popularity. And it is only in the periodicals that we can discover the full extent of many literary and political
controversies that are only now beginning to gain the attention of scholars.”

A panel of internationally recognized Urdu scholars, including Naim, will select the periodicals to be archived. The selected titles will be preserved by creating high-resolution digital page images.

The Mushfiq Khwaja Library and Research Centre, which is owned and managed by the University of Chicago Library on behalf of a consortium of U.S. research libraries, houses one of the finest collections of Urdu periodicals in the world, making it an ideal location for the project. James Nye, University of Chicago Library Bibliographer for Southern Asia and Principal Investigator for the project, acquired the collection for the consortium. He noted that “this project is a testament to what is possible through the University’s collaboration with our colleagues in Pakistan and India. The teamwork will benefit scholars around the world through free access to invaluable primary research resources.”

Nasir Javaid, the Mushfiq Khwaja Library and Research Centre Executive Director, will lead digitization activities in Pakistan. As a byproduct of the project, best practices for conservation and digitization will be disseminated to collaborating institutions across Pakistan and India.

Digital images will be archived by the British Library and the University of Chicago Library, and disseminated via the Digital South Asia Library and the HathiTrust Digital Library. Digital and paper copies of the periodicals will be cataloged and made visible via OCLC’s WorldCat and the South Asia Union Catalogue.

For more information about the Endangered Archives Programme, visit http://eap.bl.uk/. 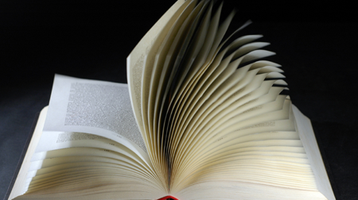 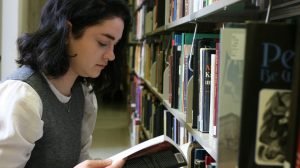 Resources Does the Library have the books for my course? 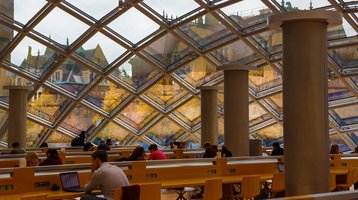 Spaces Looking forward to Autumn 2021 at the Library