All Library buildings are currently closed. Planning for the resumption of operations on campus is underway.

J. Arch Getty at UCLA in his introduction to the database writes:

Joseph Stalin’s life (1878–1953) coincided with the most momentous events of the twentieth century: two world wars, several revolutions in Russia and China, the Cold War, and the dawn of the nuclear age. Stalin was influential in the Chinese revolutions and communist victory, the Korean conflict, and the occupation of Eastern Europe. In terms of modern Russian history he played key roles in the revolutionary movement, the Bolshevik revolution of 1917, Soviet industrialization, the terror of the 1930s, World War II, and the Cold War.

It is therefore difficult to imagine a more important primary source for these events than Stalin’s personal archive, major portions of which are now declassified and available for study. Although specialists have known and used these documents for some time in the Russian State Archive of Social and Political History (RGASPI) in Moscow, the Stalin Digital Archive (SDA) will now make them available electronically, eliminating the need to travel to Moscow and rendering the documents searchable and printable, actions that are difficult even in the Moscow archive.

Moreover, the SDA will for the first time make these documents accessible to students and specialists in other fields for both research and teaching. The SDA will provide translations of hundreds of selected key documents from Russian into English. These translated documents will be accompanied by scholarly annotations.

One of the differences between the Nazi and Soviet regimes is the level of sensitive documentation. Although the Nazis were meticulous in keeping some kinds of records, at the top we have practically nothing in writing about many kinds of decisions. We have almost no “smoking gun” documents about the decision to exterminate Jews and others, and not much about the inner politics of Hitler’s court and the bureaucratic empires of his courtiers. In short, Hitler did not write much down, nor was he interested in documenting his decisions.

The Stalinists, on the other hand, were not ashamed of or worried about recording their most sensitive (and evil) decisions. During the Stalinist terror of the 1930s, we have Stalin’s correspondence with his secret police chiefs N. I. Ezhov and L. P. Beria in which he ordered the arrest, torture, and execution of various people. When in 1940 Stalin and the Politburo decided to shoot more than 20,000 captured Polish officers at Katyn, they recorded their decisions in memos and resolutions, complete with justifications. Compared with that of the Nazis, the documentation on Soviet repression is full and rich, and some of the most important elements of it came from Stalin’s desk and trademark blue pencil.

In addition to enhancing our ability to study major events of the twentieth century with new materials, Stalin’s archive also has a fascinating internal, personal component. It shows us the nature and evolution of Stalin’s own thought, opinions, and decision-making process.

Consider, for example, the more than 300 books in his personal library. Stalin once told his lieutenants that if they weren’t reading several hundred pages a week, they were illiterate. The record shows that Stalin was a voracious reader of a wide variety of subjects who made detailed notations in the margins of what he read. His opinions about political, literary, and philosophical works are fascinating and revealing about how he thought.

Similarly, the archive contains hundreds of manuscripts sent to Stalin by others for his corrections and comments. He often answered them in written letters, but just as often he made detailed marginalia that show his reactions. Both types of reactions are preserved in his archives. Similarly, although most of his articles and speeches have been published, the drafts and rewrites of them are in his archive and show the evolution of his thinking as well as his consideration of word choice and discursive strategy.

The archive contains a wealth of Stalin’s correspondence with his lieutenants on important and secret subjects. These letters and telegrams show Stalin’s opinions of Lenin, other Bolshevik leaders, and world figures as well as his reflections on policy choices. When writing to his closest Politburo assistants, he was informal and often quite unguarded.

We have nothing like this level of documentation for Hitler or other twentieth-century dictators, and the scope of SDA documents is comparable with the archival source bases we have for world leaders in more-open societies. It is probably not an exaggeration to say that study of these documents will enrich, if not revolutionize, our understanding of the Soviet Union. 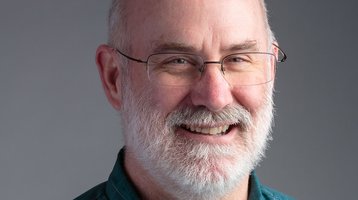 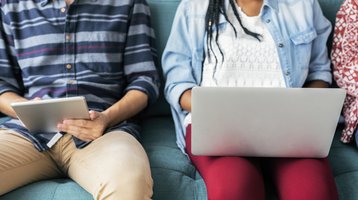