About > News > Why Emma Boettcher’s ‘Jeopardy!’ win became a celebration for librarians

Why Emma Boettcher’s ‘Jeopardy!’ win became a celebration for librarians

Update: The University of Chicago Library is proud of Emma Boettcher's performance in the finals of the "Jeopardy!” Tournament of Champions on Nov. 14 and 15. Congratulations, Emma!

After historic upset, UChicago librarian to compete in Tournament of Champions

For much of Emma Boettcher’s life, “Jeopardy!” had been a mostly private passion—one the University of Chicago librarian rarely brought up in casual conversation. That changed in dramatic fashion this past summer.

Five months ago, Boettcher ended the second-longest winning streak in the “Jeopardy!” history, cutting short 32-time champion James Holzhauer’s bid at the regular-season winnings record. Since that episode aired in June, the 27-year-old has found a new excuse to talk about a show that she has loved and studied for years—and given her fellow librarians a reason to brag.

“It’s kind of funny,” Boettcher said. “It used to be this weird—you know, not quite hobby—but this interest of mine for many years. Now, if someone comes up and asks, I can say, ‘What do you want to know? Let’s talk.’”

She returns to the screen on Nov. 7 as part of the annual “Jeopardy!” Tournament of Champions, which begins Monday. Both she and Holzhauer, who won more than $2.4 million during his run, are among the 15 competitors in this year’s field. While they aren’t facing off in the opening round, a potential rematch is possible later in the tournament.

When Boettcher filmed her first “Jeopardy!” appearance in March, she had no idea who Holzhauer was, since his first win was still weeks away from airing on television. Boettcher’s victory was also the first of several consecutive episodes shot in one day, which meant she didn’t see Holzhauer compete in studio either.

“I don’t really envy anyone that had to play him immediately after watching one of his games,” she said.

When her win over Holzhauer finally aired, Boettcher was in Toronto for a writing seminar with fantasy novelist Maggie Stiefvater, a trip she booked back in January. The “Jeopardy!” result had spread earlier than she’d expected, forcing her to juggle a flurry of calls and media inquiries during seminar breaks.

When Boettcher returned to Hyde Park, she joined her UChicago colleagues for watch parties at Regenstein Library—celebrations that included “Jeopardy!”-themed cakes baked by Elisabeth Long, the Associate University Librarian for IT and Digital Scholarship.

“Librarians don’t get in the news a lot,” Long said. “For this to be something that made headlines is really fun.”

Boettcher won two more games after beating Holzhauer to take home nearly $100,000. But after filming for the Tournament of Champions in September, she put her own show-watching on hiatus. It’s been a rare respite from “Jeopardy!” for someone whose fandom began as a middle schooler in suburban Philadelphia—and who wrote about its clues in her master’s thesis at the University of North Carolina.

“I wanted to give myself a little bit of a breather, to just reorient myself,” she said. “I’m looking forward to having it just be purely fun again.”

As UChicago’s User Experience Librarian, Boettcher is responsible for improving the ways that faculty and students interact with library resources. That requires her to act as a thoughtful neutral party, one who often observes or asks questions about how library users find research materials.

The information she collects and evaluates has allowed the UChicago Library to adopt more evidence-based changes to the user experience.

“We don’t just say, ‘Oh, this is prettier,’” Long said. “It’s really about, how functionally well does it work? And how do we actually study that in a methodical way?”

Long sees similarities between Boettcher’s analytical approach to “Jeopardy!” and the skills she uses in her day job. Her appearance on the show, Long said, has also helped highlight the role of the modern library—not merely a quiet study space, but an institution that actively supports scholarship and advances knowledge.

Added Boettcher, who can often be spotted conducting user testing in the library lobby: “Research doesn’t have to be this solo, lonely process. There are plenty of people who would love to help you.”

She doesn’t get stopped by strangers the way she did a few months ago, but Boettcher looks back on her Jeopardy! experience as “really nothing but a privilege.” Becoming a national headline this summer also produced an unexpected benefit: More people know how to spell and pronounce her last name (BETCH-ur, for the record).

“My parents mentioned that to me,” she said, laughing. “I was like, ‘You know what, you’re right!’” 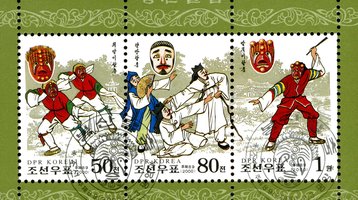 People Diversity and Inclusion spotlight: The University of Chicago Library 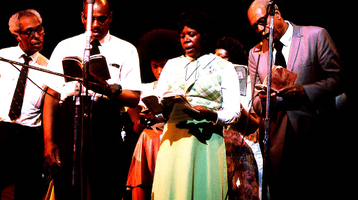 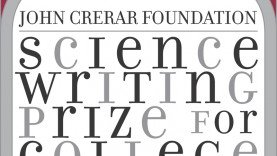