Collections & Exhibits > Exhibits > The Adaptations of Augie March: A Novel By Saul Bellow, A Play By David Auburn, A Production Directed By Charles Newell, An Exhibition by Special Collections & Court Theatre > Costume Design

What is your general design process for any show?

I'll usually read the play a few times before I start making notes—a character analysis or themes that are popping up, sometimes clothing. Then I’ll do a script analysis at that point from a dramaturgical standpoint. Then once I go through that, I'll do what I call ‘what we know’ document. It's basically just like a list of everything we know about a character from what they say about themselves, what somebody else in the play has said about them or what the playwright says via stage directions. Once I go through all of that, I'll start, um, some visual research. I'll research the city, the time period. And then I do other visual research what I call emotional research. So it might be a piece of photography or a painting that evokes an emotional quality of the play. I'll do then specific character and clothing research and start sketching.

How did you arrive at the simpler design for Augie?

We’d become really interested in the movement quality of Pina Bausch and some of the dance work we were looking at. And we knew at that point that we wanted to embrace the sort of abstraction and emotional dive that movement work would take. So we looked at all of these sketches and thought, this is too much. There's too many pieces of clothing—an actor has to go from this look to that look immediately. But it was a starting place to distill out what was working about each of those looks or silhouettes. And so I did more research on dancewear and Pina Bausch because she does a lot of dance where people are wearing formal clothing. So in thinking that way, we started leaning more into like the idea of a dance ensemble. All of the men will be wearing flicks, simple dress shirts and pants in a very constrained color palette, like grays and blue-grays to evoke the gritty Chicago. And then the women, similarly, will be in dresses that are very simple echoes of the 1930s and 1940s period silhouette dresses. But then when we do want to add a costume piece, it's because we're trying to tell a story—we're trying to evoke an emotional response from the audience or highlight, emotionally, what's going on in the piece.

What were the challenges that came about from this distillation to a simpler design? What did you gain?

I'm a lover of costume history and have loved all of the nuanced details that Bellow puts in the novel about clothing—specific things about a hairstyle and the way people wore things, not only what they were wearing, but how they were laying on the body. It was hard for me to let go of all of that specificity and embrace this abstracted distilled version. But once I did, it was so freeing. I think simple works for a few reasons. On a practical level, people have to change from character to character immediately. On an artistic level, I think it works because, at least for me, the way I see it is that Augie is sort of being manipulated and molded by all the people in his life through all of the experiences he's having in different ways. In a way he, he's a blank canvas that we see grow into adulthood. And so the fact that, essentially, we're treating the entire cast as a blank canvas allows us to have more impact and storytelling when we add a piece on to that plane. So we add a coat or we add a hat, and all of a sudden it just means so much more.

How do you approach costume design for an adaptation?

I've worked on several adaptations before and I think it's important to always remind yourself this is not the novel. Why are we doing this as a play? Going back to like my old days in school, we would talk about the form, the content and the style of the piece. So why does this form of a play, why does this form of dramatic literature, work for this? And what would we be missing by doing this as a play versus a novel? 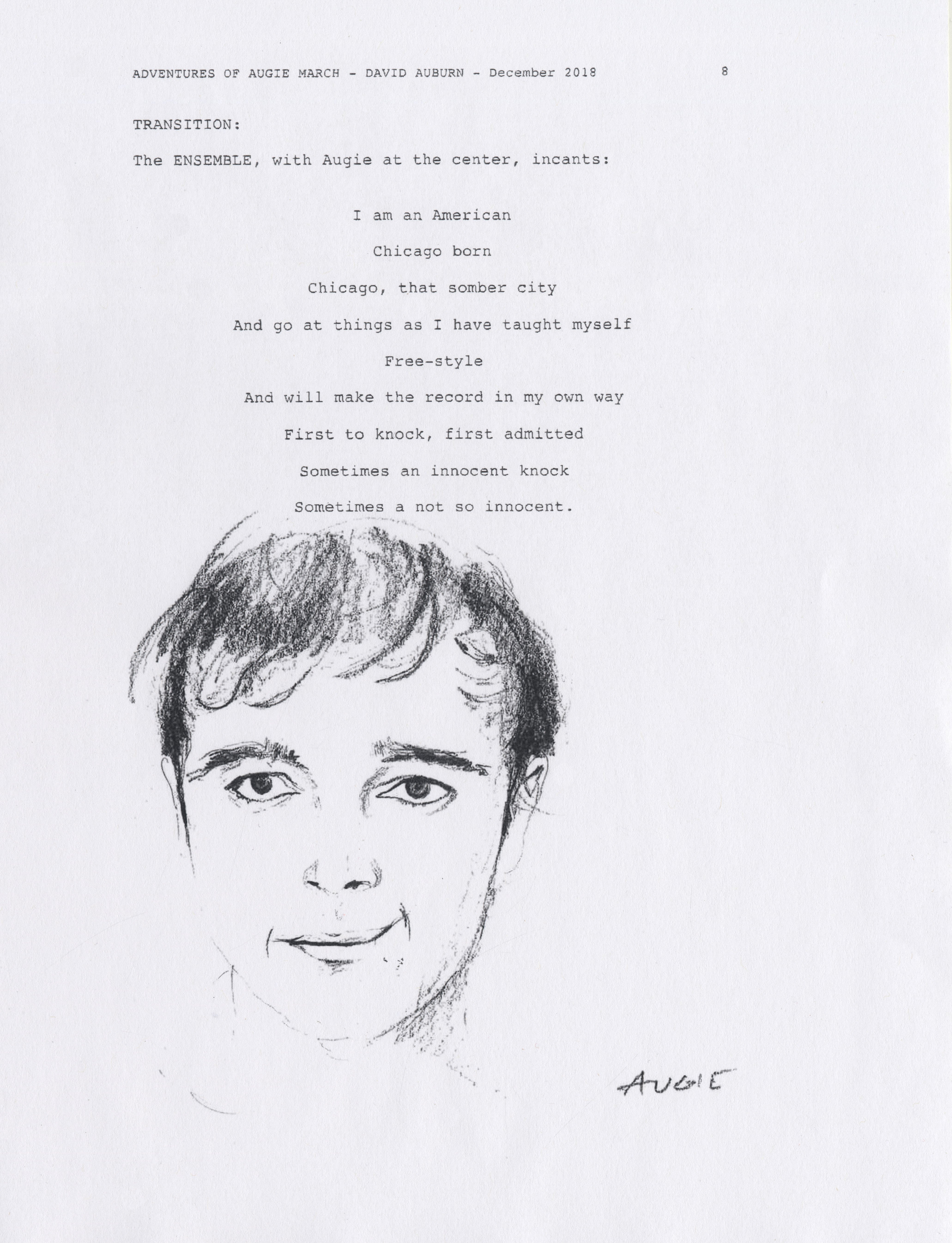