Collections & Exhibits > Exhibits > The Adaptations of Augie March: A Novel By Saul Bellow, A Play By David Auburn, A Production Directed By Charles Newell, An Exhibition by Special Collections & Court Theatre > "I Am an American, Chicago Born"

"I Am an American, Chicago Born"

A young immigrant arrives in Chicago

Nine-year-old Saul Bellow arrived in Chicago on July 4, 1924, when bootleggers smuggled the boy and members of his family across the border from Canada. He would remain an illegal alien in the United States until 1943, when he became a naturalized citizen. Saul Bellow was born in 1915 in Lachine, Quebec to Russian Jewish parents, Abraham and Lescha Bellow, who themselves came to Canada in 1913, fleeing anti-Semitic violence and political persecution in their home city of St. Petersburg, Russia. For the rest of his life, Bellow retained a vivid impression of the first day he spent in the city of Chicago. He remembered believing that the fireworks, flags, bunting and parades of the 1924 Independence Day celebrations were intended to welcome him, and to hail the promise of his new life in America.

Bellow later said his childhood on the streets of Chicago supplied the electric charge of inspiration for The Adventures of Augie March. Bellow’s widow, Janis Freedman Bellow, connects the exuberance and brio of the novel’s language to the intoxicating freedom and creative energy Bellow first discovered as new arrival in this city. When Bellow set out to write the story of a young immigrant coming of age in Chicago, he adapted aspects of his own life when crafting the narrative. Augie March is neither Bellow’s alter ego nor his double, but rather, he is a character whose adventures—through the alchemy of the author’s literary imagination—distantly echo aspects of Bellow’s life, and whose impressions and substantive experiences at times are artful silhouettes of Bellow’s own. As Janis Freedman Bellow has remarked, “When pieces of [Bellow’s] life find their way into his work, there is always something magical about the manner in which they are lifted from the past or present, kneaded and shaped and subtly transformed into narrative. But this is not cutting and pasting of actual events: Saul wields a wand, not a scissors.”

The genesis of The Adventures of Augie March

Saul Bellow began writing the novel when he was living in Paris on a Guggenheim Fellowship. One spring morning in 1949, he recalled, the sight of Parisian street sweepers releasing the valves on water hydrants to send a flood across the cobblestones suddenly unlocked his imagination: “I remember saying to myself, ‘Well, why not…have as much freedom of movement as this running water…I seem then to have gone back to childhood in my thoughts and remembered a pal of mine whose surname was August—a handsome, free-wheeling kid who used to yell out when we were playing checkers, ‘I got a scheme!’” Thinking of this childhood friend, and of the Chicago he had known growing up in the 1920s-1930s, Bellow conceived of the novel in an instant: “Subject and language appeared at the same moment. The language was immediately present—I can’t say how it happened, but I was suddenly enriched with words and phrases…I found myself with magical suddenness writing a first paragraph…It rushed out of me. I was turned on like a hydrant in summer.” The notebooks Bellow used to catch this flood of inspired language are found throughout this exhibit. 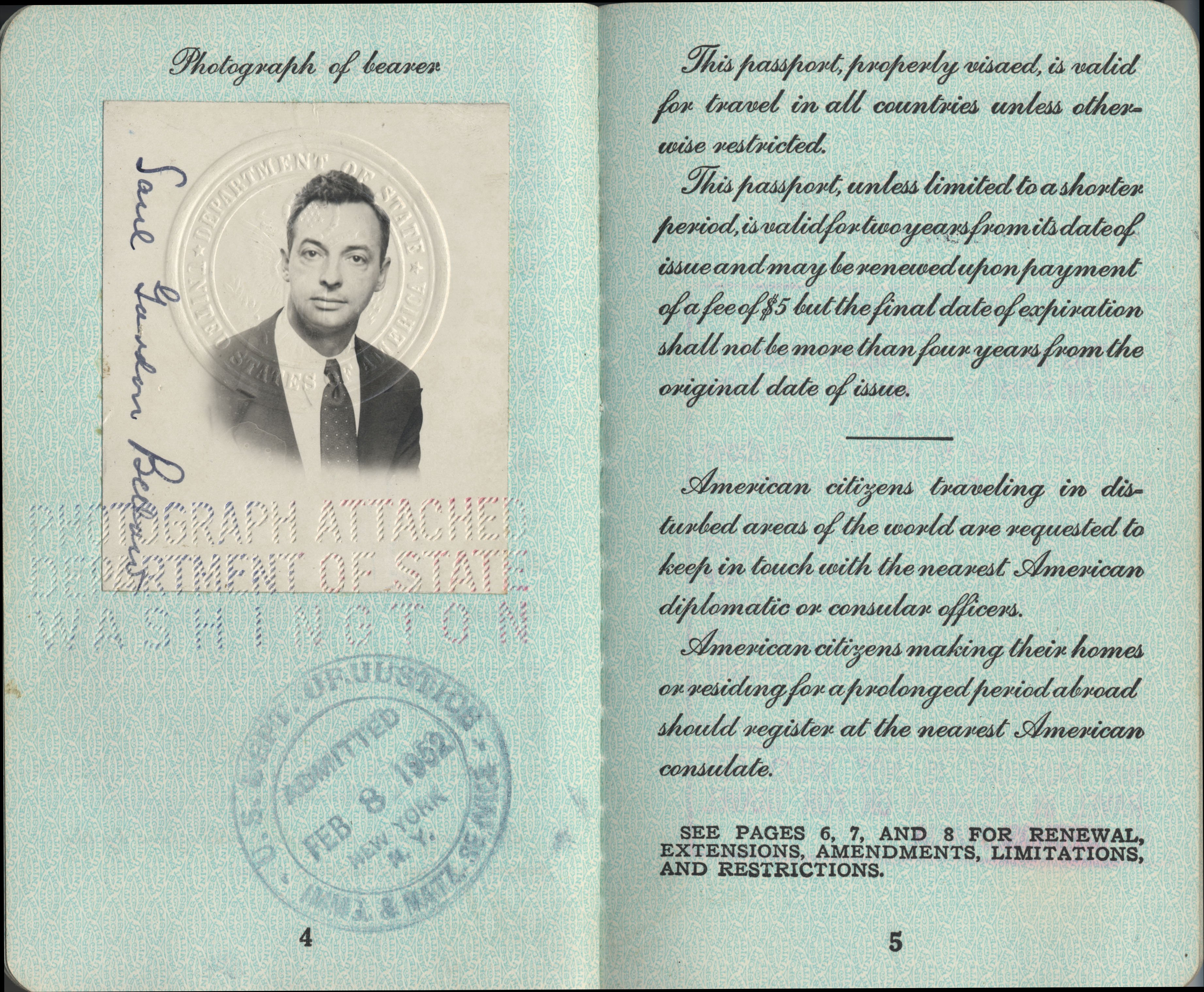