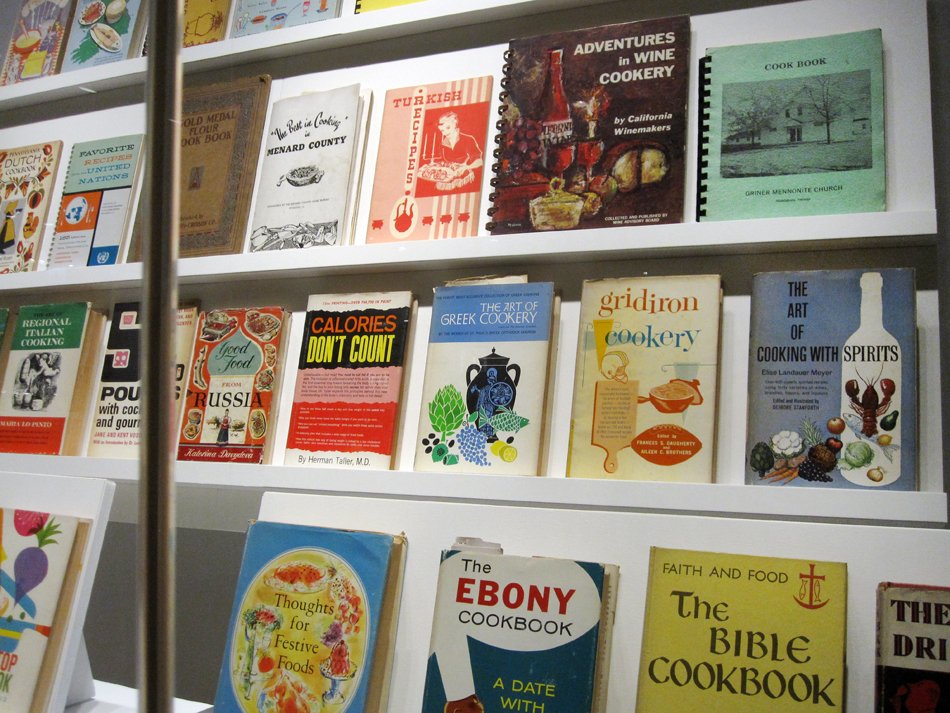 A Selection from Alma Lach's Personal Collection of Cookbooks

Here is a sampling of Alma Lach's cookbook collection.

Alma Lach amassed a collection of cookbooks during the course of her culinary career that numbered well over 3,000 volumes.  The collection ranged from classic American works like Betty Crocker’s Picture Cook Book (1950) and Better Homes and Gardens Cookbook (1941) to volumes on exotic cuisines such as Russian, Indonesian, Finnish, and Tibetan.  The oldest volumes in the collection include ones once owned by her mother, Clara Satorius.  They include many handwritten notes, something that Alma also did in her own cookbooks.  From these early works, Alma built her culinary collection as a scholar builds a research library.

Of particular interest to Alma were cookbooks produced by church groups.  There are well over 100 of them in her collection.  Alma was as interested in this genre as she was in the best-selling, classic cookbooks because she felt that the recipes in them were tried and true and therefore could be trusted.

Following the success of her Hows and Whys of French Cooking, Alma began research for a cookbook she tentatively titled The Two Great Cuisines – French and Chinese.  Her collection reflects her extensive work in these areas with hundreds of cookbooks on these two cuisines, in a variety of languages, many heavily annotated by her with notes and changes as she tested recipes.