Alma Lach received many distinctive awards and honors throughout her culinary career. Early on, as a consequence of earning the Grand Diplôme from Le Cordon Bleu cooking school, she was granted membership in the Légion d’Honneur by the French government and awarded a blue lapel ribbon with accompanying rosettes. Alma wore these while living in France and could reportedly get a table in a crowded restaurant as a result. Back home in Chicago in 1958, she was awarded a mink stole for first prize in the Pillsbury Creative Recipe Content for Newspaper and Magazine Food Editors for her work as food editor at the Chicago Sun-Times. Alma was also one of the first American women to be inducted as a full member of the Confrérie des Chevaliers du Tastevin in 1962, an association devoted to promoting the wines and cuisine of Burgundy. In 1964 she became a member of the Chaîne des Rôtisseurs, the world’s oldest international gastronomic society, founded in Paris in 1248. 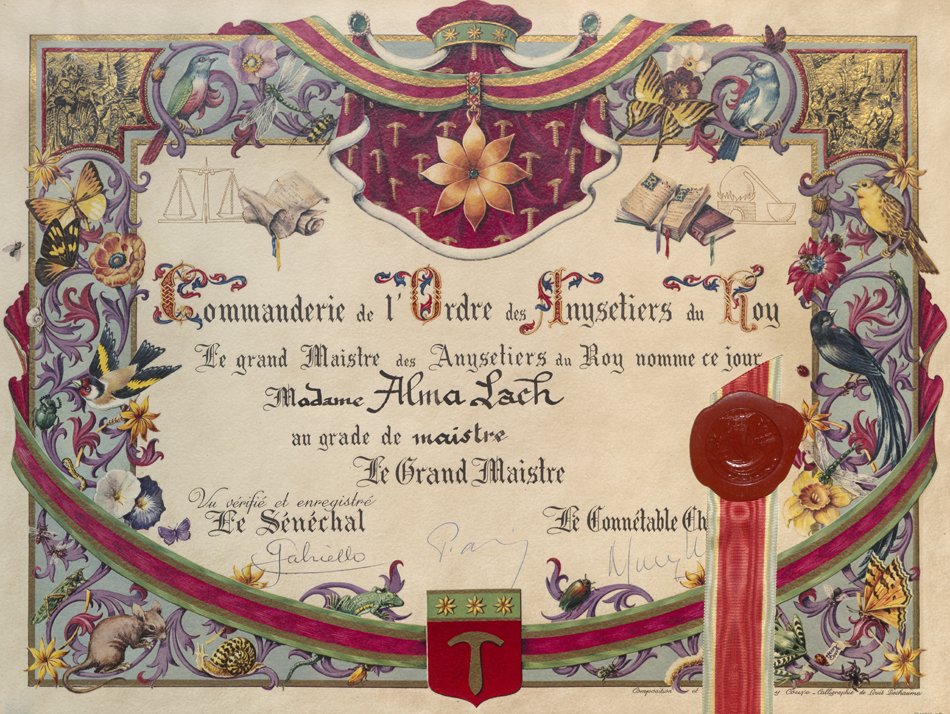