Collections & Exhibits > Exhibits > A Bold Experiment: The Origins of the Sciences at the University of Chicago > Department of Zoology

The Department of Biology was founded in 1892, but before it celebrated its first anniversary, it had been subdivided into multiple departments.  The Department of Zoology and Paleontology was established in 1892, but it was then reorganized so it became the Department of Zoology in 1893.   Initially the Department was located in an apartment building on Lexington (now University) and 55th Street.  It was then moved to a corner of the newly built Kent Chemical Laboratory. A Zoology Building was built in 1897 as part of the four Hull Laboratories and it got its own home.   The others were Anatomy, Physiology and Botany.  In addition to laboratories, lecture rooms and offices it included a vivarium, and animal colony rooms. 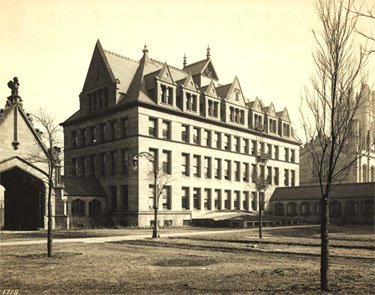