Geometry tracks the shift from one dimension to another: point to line, line to square, and square to cube. In the move to solid three-dimensional bodies, the material page reaches a material limit. All the books in this section deploy textual strategies to aid the imagination at that limit. In the first English translation of Euclid (Item 1), the eleventh book (on solids) came equipped with a series of paper inserts for the reader to affix to given diagrams, thereby supplementing the space of the page in order literally to project it into a third dimension.

Vincenzo Coronelli's cosmographic atlas (Item 2) came equipped with far more elaborate and geometrically detailed foldouts. These extend the space of the page and of the book, transforming the rectilinear shape of the book into a circle in order to represent the terrestrial and celestial globes. The foldouts allow readers to use the text as a substitute for the scientific instrument (the telescope) that produced them. That said, it is notable how fragile the manipulable pages are as tools, and what a delicate touch is required to unfold them and return them back to the space of the book. Might it be that copies of Coronelli's book in which these maps are so well preserved are those that were, in fact, never used?

In contrast to extendable paper surfaces, the arts of perspective and of chiaroscuro offered ways of representing depth or three-dimensionality using only the flat plane of the page. The engravings in Humphrey Prideaux's guide to the Earl of Arundel's collection of classical marbles (Item 3) represent statues and reliefs through the use of light and shadow (i.e. chiaroscuro). The figures seem to emerge from the page, but less as natural human bodies than as distinctly sculptural form, suggesting the priority of aesthetic self-reflection in these representations of the human. In other words, the reader is guided by means of engraving technology to apprehend a three-dimensional space on the page as sculpture's embodiment of dimension and depth. At the same time as this technology allowed the page to approximate the contours of space in the material world, it also encouraged a more self-conscious attention to the aesthetics of dimensional representation. 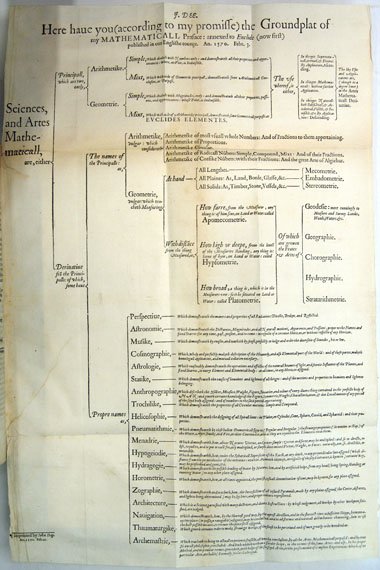 
The Elements Of Geometrie . . . With a very fruitfull Praeface made by M. I. Dee, specifying the chiefe Mathematicall Sciences.
London: by Iohn Daye, 1570. 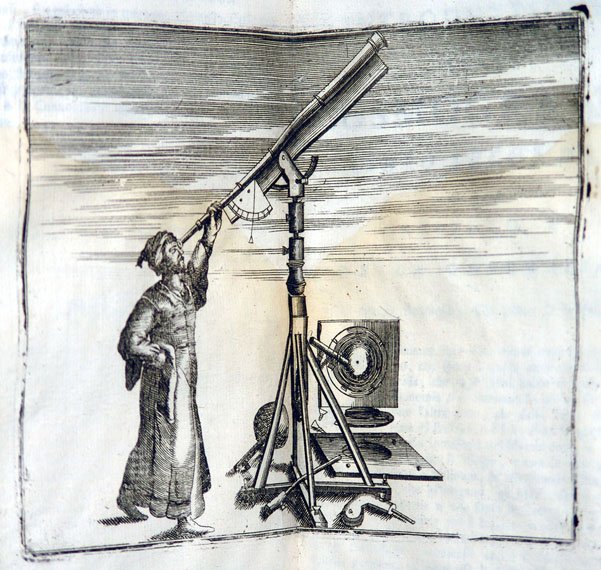 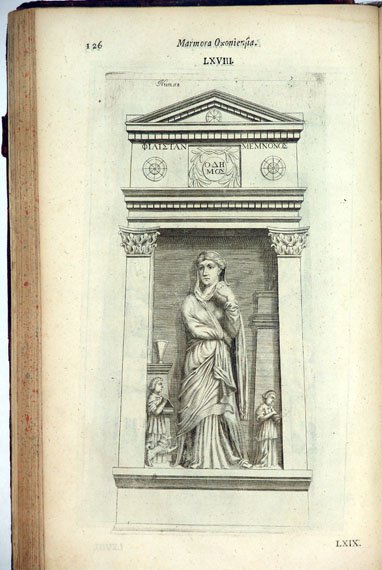