How to Do Things

Books that instructed readers how to do specific tasks in professional, trade or domestic life can seem straightforward, but they are often dense with implication for the relations between persons and practices and practices and professions. The recipes, for example, in Hannah Woolley's cookbook (Item 1) depended upon social and economic norms that the book was partly responsible for creating. To use the book was to educate oneself in dietary norms and in culinary forms of social self-fashioning. Similarly, De Sectione Mensaria (Item 2), an anonymous and undated French carving book, guided the user in carving techniques for various kinds of meat and fish, as well as in ornamental food presentation, illustrating, for example, how to cut and serve a lemon in the shape of an insect, turtle, heart or rose. Despite its Latin title, the book is in French, designed specifically for travelers to other countries as a guide to the performance of this particular form of civility. An early modern version of Martha Stewart's Living, the book teaches aesthetic appreciation and social affiliation through food preparation, working simultaneously as a how-to-do and a how-to-be book.

The remaining three books in this section are concerned with emergent professional fields and identities: Peter Lowe's surgeon (Item 3), Joseph Moxon's skilled craftsman (Item 4) and William Leybourn's surveyor (Item 5). Because these professions were still in formation, each of the books was useful in two ways, instructing individual practitioners and consolidating the claims of the group as a whole to a field of knowledge or expertise. In other words, at the same time as the books offered general instruction on the practice of an "Art," they laid the groundwork for a series of specialized professional identities capable in theoretical terms of defining the nature of their expertise. In this respect, note how the three titles imply or "invent" a field by foregrounding the relationship between practice and "Doctrine," between a specific "Art" and its totalized "Whole." 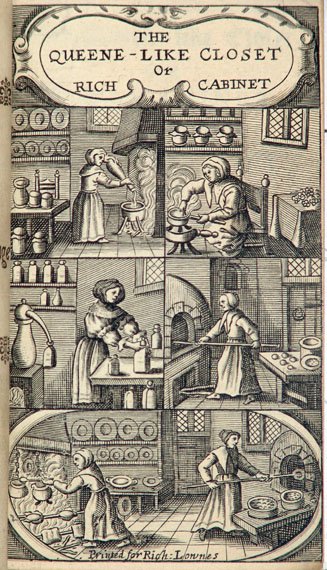 
The Queen-like Closet, Or Rich Cabinet: Stored with all manner of Rare Receipts for Preseruing, Candying and Cookery.
London: for Richard Lowndes.1672. 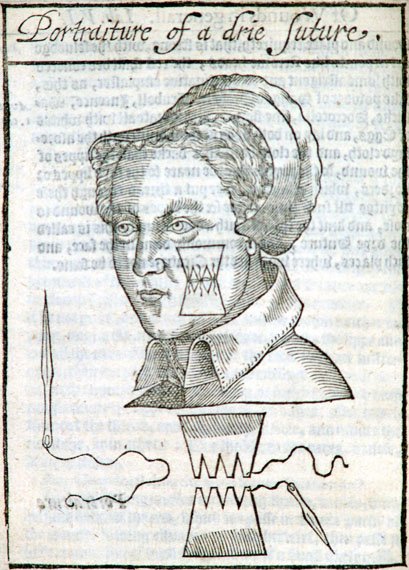 
A Discourse of the Whole Art of Chyrvrgerie.
London: by Thomas Purfoot, 1612. 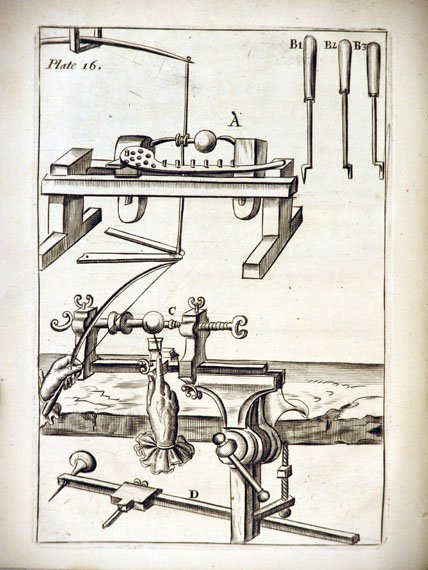 
Mechanick Exercises: Or The Doctrine of Handy-Works. Applied to the Art of Tvrning.
London: for Joseph Moxon, 1680. 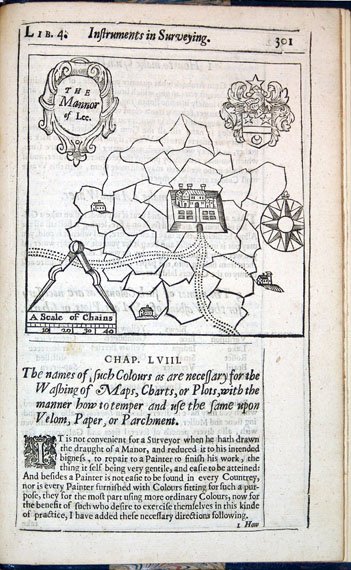 
The Compleat Surveyor, Containing the whole Art of Surveying of Land.
London: by R. and W. Leybourn, for G. Sawbridge, 1657.