Prefaces and errata sheets help us think about book use because they formally encode particular relationships between author and reader. Like the titles, prefaces to the general reader or to a specific patron guided use by highlighting or theorizing the social significance and methodological stakes of the topic. Furthermore, they offered the opportunity for presenting a version of the reader to himself or herself, as a patron worthy to be flattered, or as one of those capable of being educated. The prefaces highlighted in this section offer particularly complex instances of the author-reader relationship. The dedication in Galileo Galilei's Il saggiatore (Item 1) to the newly named Pope Urban VIII, functioned as a quasi-imprimatur, not unlike the official permission to print that appears on the opposite page. Interestingly, however, it was Galileo's friends at the Lincean academy in Florence who composed the preface and recommended its inclusion. At the same time as this distanced the author from the direct promotion of his book, it offered a second, collective sanction to mirror the implicit or hoped-for sanction of the Pope.

Addressing a reader in a preface did not necessarily mean that the reader ever read it or the book. In the ingenious preface or "Advertisement" to the reader of his Pseudomartyr (Item 3), John Donne plays on this point in order to establish an alternative authority for the reader, one that emerges only through an actual engagement with the book. Writing that he would have preferred to address the reader "by way of Epilogue in the end of the Booke," Donne explains that "I thought not that any man might well and properly be called a Reader, till he were come to the end of the Booke."

The errata sheets often included in books seem to offer a very different kind of paratext from the preface, supplemental rather than essential. Nonetheless they also functioned to establish the book's authority by implying a process of scrupulous proofreading in the final stages of producing the material book. Nearly always, the errata sheet directs the reader, not only to make the noted corrections, but also to become a scrupulous reader by making further corrections, as required, on his or her own. The errata sheet at the end of the University of Chicago's Evans copy of Il saggiatore (not illustrated) is unusually interesting in that Galileo himself has added, in his own hand, a correction missing on the errata sheet itself. At this moment, he is at once scrupulous author and scrupulous reader. 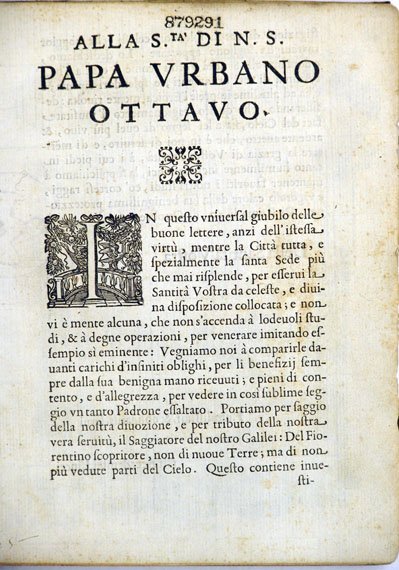 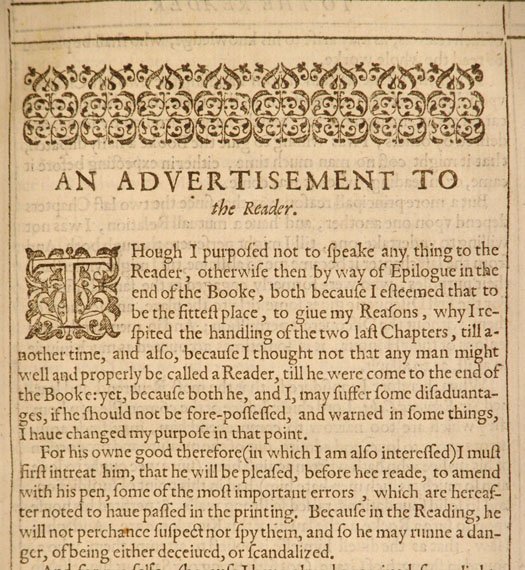