The diagram or graphic table of contents was a guide both to using and to thinking about the book. The visual aids shown in this section organize medical, legal, literary and musical information, transforming narratives apprehended in time into condensed graphic forms comprehended in space. These abstractions of subject matter are closely associated with the pedagogical innovations of Petrus Ramus (Pierre de la Ramée), a philosopher and noted teacher who aimed to update Aristotelian method, partly through the use of such schematic (and, it was sometimes said, reductive) models of thought.

The table shown from Jacobus Sylvius' medical textbook (Item 1) helps a doctor keep in mind a set of possible relationships between breathing and pulse and make different diagnostic inferences based on them. The table is thus both a practical aid and a guide to methodical analysis. Conrad Lagus' textbook on civil law (Item 2) has no such diagram. An early reader, however, responding to the Ramist phenomenon, has composed a table of his own on four blank leaves at the front of the book. The pages shown demonstrate both the reader's digestion of Lagus' narrative elaboration of distinct kinds of legal action and his diagrammatic theorization of those distinctions.

Abraham Fraunce's The Lawiers Logike (Item 3) was designed to foster methodical thinking among English common lawyers by demonstrating the logical structure of their legal texts and mode of analysis. Fraunce takes his examples from two contemporary sources, one poetic and one legal: Edmund Spenser's 1579 Shepheardes Calendar and Edmund Plowden's 1571 Comentaries, a collection of reports on recent legal cases (see Case Thinking section). The table shown here reduces one of Spenser's eclogues to a set of spatial dichotomies, this in order to expose the logical structure that, according to Fraunce, already subtended it. In addition to offering a striking example of early literary analysis, the diagram is interesting for aligning poetic and legal analysis, and for serving itself to demonstrate the relationship between the two discourses.

In contrast to these tables, Georg Fabricius's dichotomy of  musical harmonies (Item 4) seems, for all its beauty, so elementary as to be of little intellectual use. But the table also demonstrates how even a reductive schematic organization might be pedagogically useful in putting fundamental distinctions in front of a reader, thereby preparing the ground for ever more complex tables. 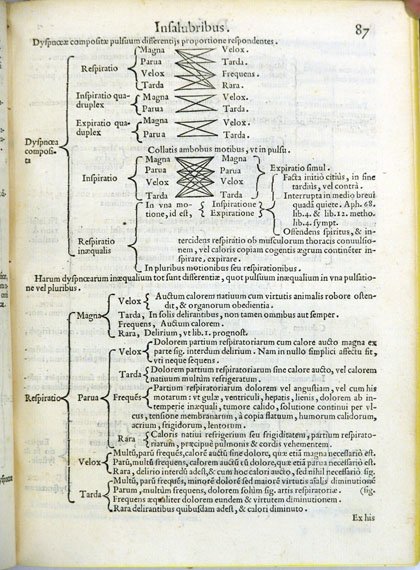 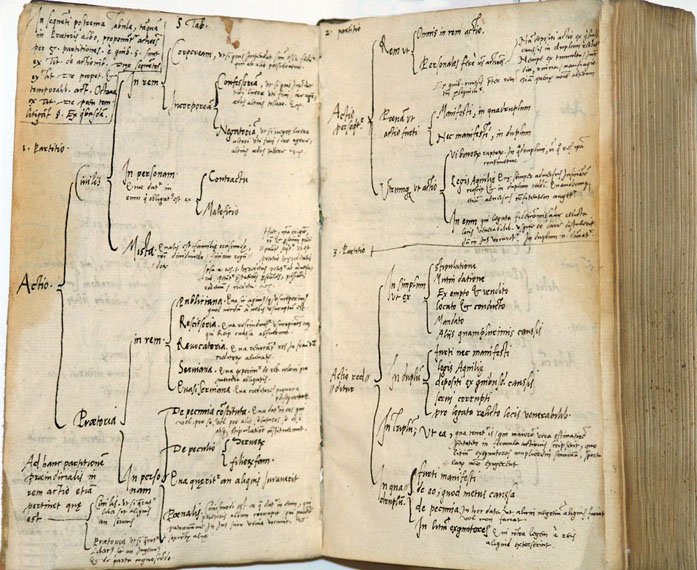 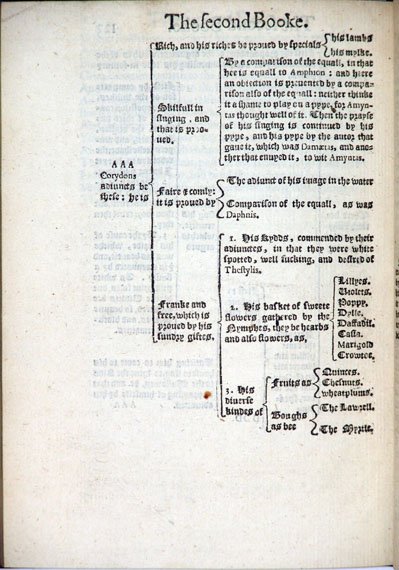 
The Lawiers Logike, exemplifying the præcepts of Logike by the practise of the common Lawe.
London: by William How, for Thomas Gubbin, and T. Newman, 1588. 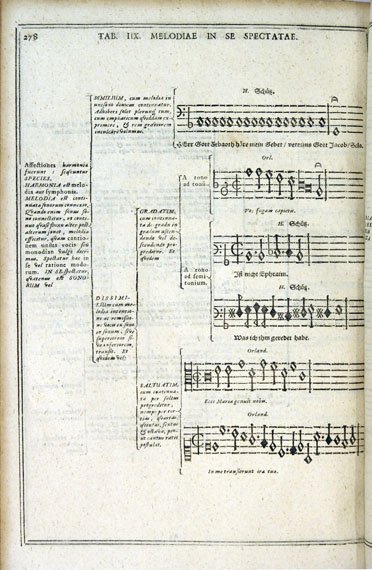