The index (from the Latin for "forefinger" and "point out") became instrumental to the use of the book, not only by making the contents usefully accessible but also by identifying what were, at least in theory, the book's central subjects. Indexes allowed for non-sequential reading and for accessing information in ways other than those suggested by the book's narrative logic. In fact, it was possible to read an index first, or even instead of the book. Something like this happened in the case of Histrio-mastix, a massive anti-theatrical treatise by the Puritan polemicist William Prynne (Item 1). An entry in the concluding index or "table" cost Prynne his ears. Under the heading "Women-Actors" Prynne had directed his readers first to "notorious whores. p. 162, 214, 215, 1002, 1003." This entry was taken by King Charles to be an insult against the Queen, Henrietta Maria, who patronized and performed in theatrical masques.

Prynne's fate dramatically shows that indexes are not neutral. This is no less true of the index that concludes The Temple, George Herbert's posthumously published collection of poems (Item 2). This was the first such index to an English book of poems. Although it does nothing more than list the titles of the individual poems in alphabetical order, it was innovative in thus making the book available for a specific, devotional use. A reader, that is, could use the index to find poems on a given religious topic appropriate for meditation: "Avarice," "Self-Condemnation," "Conscience," "The Crosse," "Easter," "Love," "Mortification," "Sunday," "Ungratefulnesse."

Some books, of course, are indexes. As familiar as dictionaries now seem, they too are always interpretive, working as they do to constitute (and not simply describe) a field of learning or language use. John Cowell's The Interpreter (not illustrated), intended as a comprehensive alphabetical guide to the terms of English common law, was burned by royal proclamation for subversively taking up constitutional questions in such entries as "king," "prerogative," "parliament," and "subsidy." Cowell's entries, which invariably promoted the absolute authority of the king, angered members of parliament as being prejudicial to their rights. In the proclamation against the book, however, King James defined Cowell's impudence in different terms, saying that the arbitrary alphabetic form of his book had "placed all kinds of purposes belonging to Government and Monarchie in his way." Cowell's error, in this formulation, was in choosing an indexical form that allowed or required him to list and define matters that, according to the king, were beyond the scope of a subject's natural authority. Cowell's dictionary shows how, in making a field navigable and usable, an index may not only define and theorize the limits of that field but also constitute itself as an authority on it. 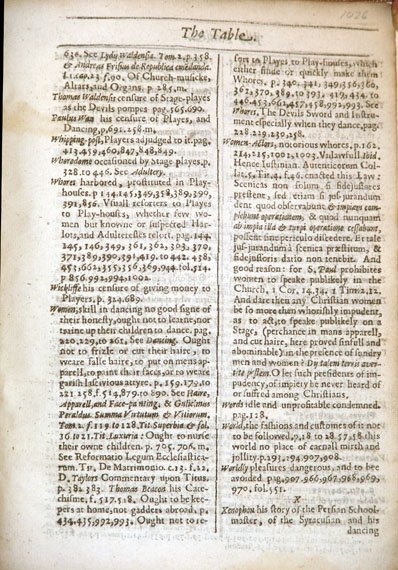 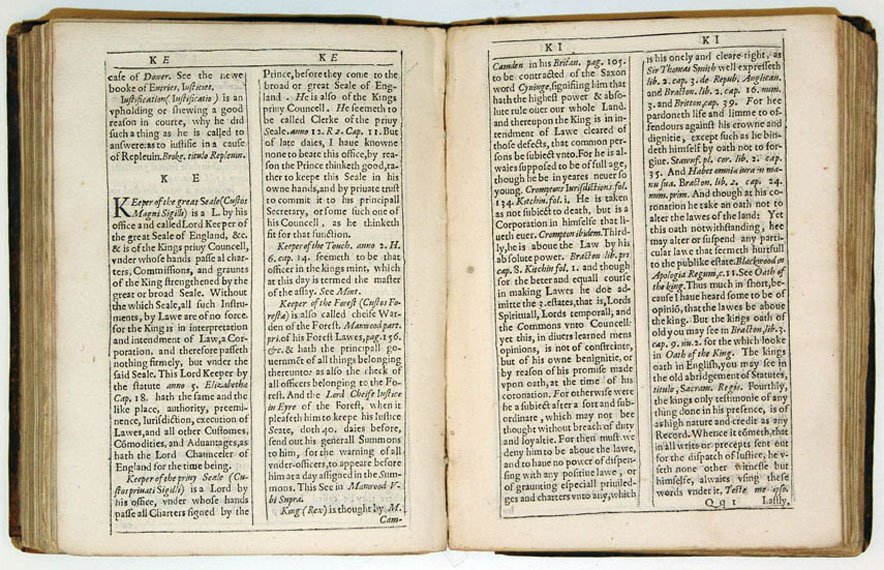 
The Interpreter: Or Booke Containing the Signification of Words . . . .
Cambridge: by Iohn Legate, 1607.