When is a book more than the sum of its parts? This section looks to theology and drama to explore the idea of "the book" as a whole. It is hard to imagine a more imposing and totalizing text than the 1611 Authorized or "King James" Bible (Item 1). The illustrated title page to the New Testament offers a fantasy of textual integrity. Its decorative elements, which resemble the metal clasps on early bindings, bind together times, authors and books, integrating them under the sign of the ultimate author, God, as represented at the top of the page in the form of the living word or Tetragrammaton. The 1611 Bible was of course Protestant. The smaller Bible printed at Douai for the English Catholic community (not illustrated) offers a competing version, paradoxically, of the quintessential book. The competition is clear, for example, in the Douai's inclusion of II Machabees as part of the authentic whole; the Protestant Bible, as can be seen on the leaf opposite the title page, has appended it to the Old Testament as mere apocrypha.

The relationship between the idea of the book and secular authorship was no less complicated. In 1616, Ben Jonson famously gathered his plays, along with his poems, under the name of "Workes" (Item 2), a word then considered more appropriate to classical authors and more serious kinds of writing. In so doing, he transformed himself from playwright to author, not least by publicly asserting his control over the dissemination of works that, as performance, were primarily understood communally. By asking that his plays be read as part of a whole, Jonson was asking to be read in a radically new way. Such a move made available new perspectives through which to construct dramatic authorship. To take an example from later in the century, a Restoration reader gathered together eight separately printed plays of James Shirley in a single volume (Item 3), adding a rudimentary manuscript table of contents on the front flyleaf. However modest this book may seem in comparison to Jonson's, the compiler has articulated a similar sense of the dramatist's literary authority and similarly allowed the individual parts to constitute a new whole. 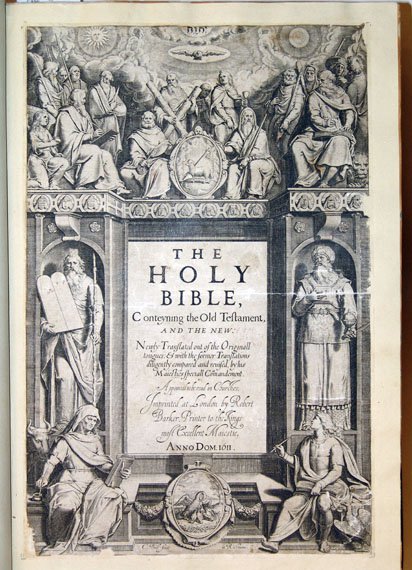 The Holy Bible, Conteyning the Old Testament, and the New. 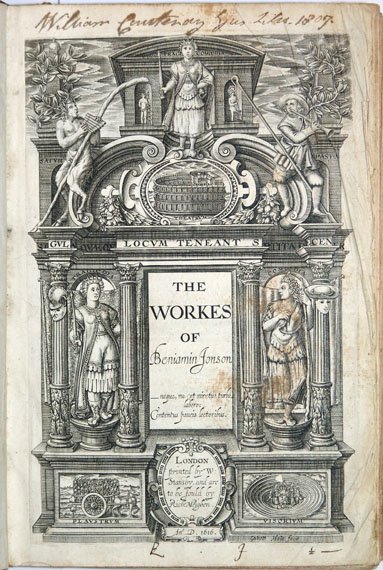 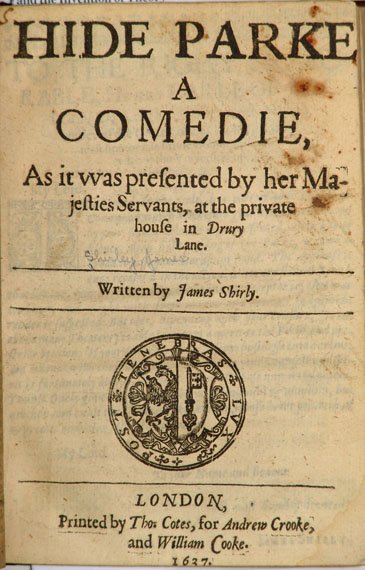 
Hide Parke A Comedie.
London: by Tho. Cotes, for Andrew Crooke, and William Cooke, 1637.

Bound together with other separately printed editions of Shirley's plays in a late seventeenth-century volume.