Humanists like Erasmus gave the Latin playwright Terence a prominent place in the school curriculum. Schoolboys were encouraged to mine the comedies both for their moral pithiness and for the rhetorical fullness of the Latin. Different as they are, the books in this section all use page layout to encourage specific kinds of reading; three of them convert the plays into a practically useful phrase book.

Cornelius Schryver's 1533 phrase book (Item 2) dramatically abstracts Terence's plays, by digesting them scene by scene into the phrases or verbal formulae that a schoolboy might be expected to take away from his reading and commit to memory for later use. As a pedagogical crib, it is a precursor to short-cut guides to literary texts.

Like Schryver's book, Giovanni Fabrini's Il Terentio Latino (Item 3 presents Terence as a repository of linguistic knowledge. Indeed, the book is a language textbook, designed to teach Latin to those who know Italian (Toscano) and Italian to those who know Latin. Adapting the layout of scholarly editions (like Item 1) to a new end, Fabrini surrounds the Latin text not with interpretive gloss but with a word-for-word translation into the vernacular, interspersed with the Latin text, now reordered to mirror Tuscan syntax. Fabrini's ingenious page thus directs the eye diversely according to the linguistic and textual task at hand.

Richard Bernard's Terence in English (not illustrated) combines the aims of Schryver's and Fabrini's editions. Each scene is printed in Latin and then in English; and many are followed by a list of usefully colloquial phrases to commit to memory (formulae loquendi). Most interestingly, these phrases are given with equally colloquial English equivalents. Like Fabrini's book, Bernard's edition thus had a double aim, since at the same time as it drew attention to instances in Terence of an elegant colloquial Latin it also helped to consolidate or formalize the English vernacular. 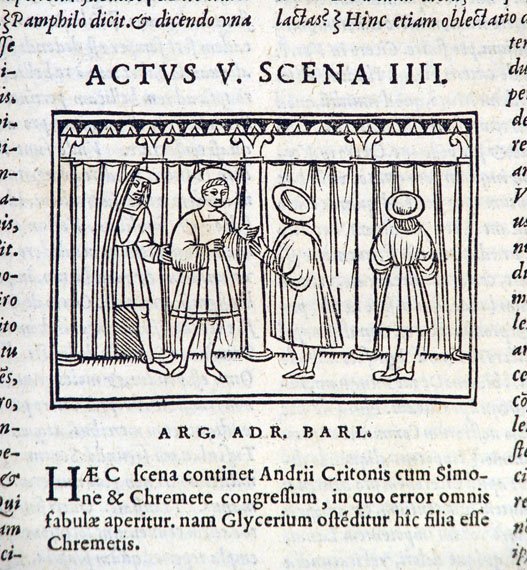 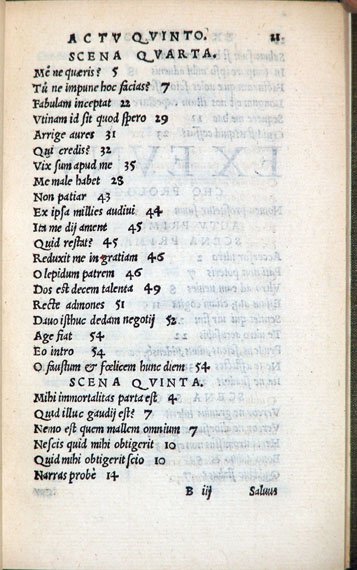 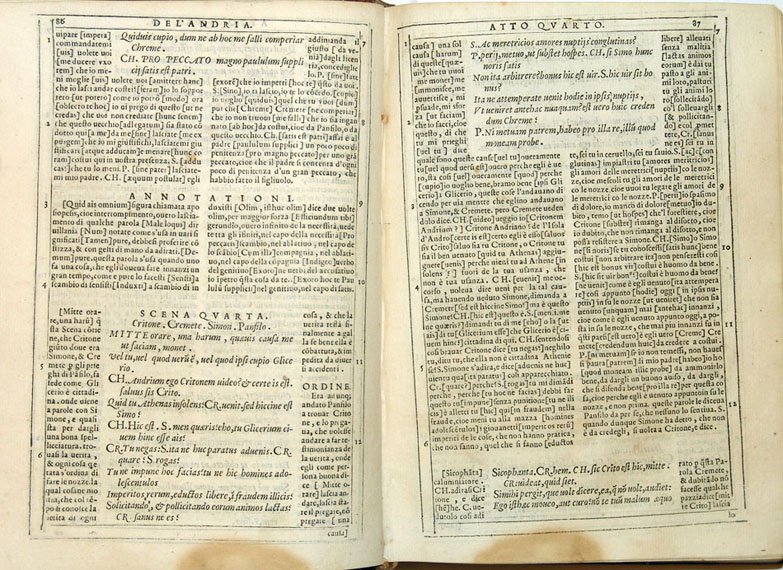