Collections & Exhibits > Exhibits > Building for a Long Future: The University of Chicago and Its Donors, 1889-1930 > Harper Memorial Library

William Rainey Harper's death in 1906 was a severe blow to the University of Chicago community. Harper's courage, dedication, energy, and imagination had made Chicago into a distinguished research university, worthy of the best universities in Europe or America. In many respects, Harper was the University of Chicago, and his death produced understandable and powerful anxieties about the future. Who would succeed him as President? Could that person provide the leadership to sustain Chicago's greatness while also accommodating Rockefeller's desire for budgetary probity and stability?

Harry Pratt Judson's appointment as Acting President in 1906 and as President in 1907 did not put all such anxieties to rest, but in Judson the Trustees had identified a stable, respected, if unimaginative executive who could manage the affairs of the University. One of the first major policy decisions faced by the Judson administration was the question of how the University should honor William Rainey Harper, who clearly deserved a permanent memorial on the Quadrangles. Recalling Harper's long-standing desire for a permanent library building, Judson and the Board of Trustees decided to erect a new central library in his honor.

Appropriately, John D. Rockefeller made the first and largest contribution to the fund for the Harper Memorial Library. Within a week of learning of the Trustees' decision, John D. Rockefeller, Jr. wrote to them expressing his father's support and adding that "Ifthe Trustees favor the erecting of a University Library in memory of Dr. Harper, my father will join with the Doctor's many friends in Chicago and the East in a contribution toward it." In the end, Rockefeller's "contribution" came to no less than $600,000, almost seventy-five percent of the total cost of the building when it finally opened in 1912.

Many other donors willingly matched Rockefeller's challenge, if on a more modest scale. Indeed, the subscription list for the Library fund reads like a "who's who" of Chicago's leading philanthropists and included many of the people who gave to other programs or units of the University. Anita McCormick Blaine, Ann Swift, La Verne Noyes, Helen Culver, C. K. G. Billings, Harold Swift, Julius Rosenwald, Catherine Seipp, and Frances Lillie each gave between $500 and $5,000 to the cause, while Martin Ryerson offered $25,000. National philanthropists such as Andrew Carnegie contributed, as did many University of Chicago alumni. Faculty members and students were also extremely generous, with faculty donations totaling almost $14,000 and the Classes of 1904 and 1905 channeling their Class gifts toward the memorial. By the time construction on the building actually began in 1910, over two thousand University supporters had contributed to the Harper Memorial Fund. While diverse in so many other ways, all of these donors were united in their admiration for William Rainey Harper and the extraordinary work that he had accomplished. 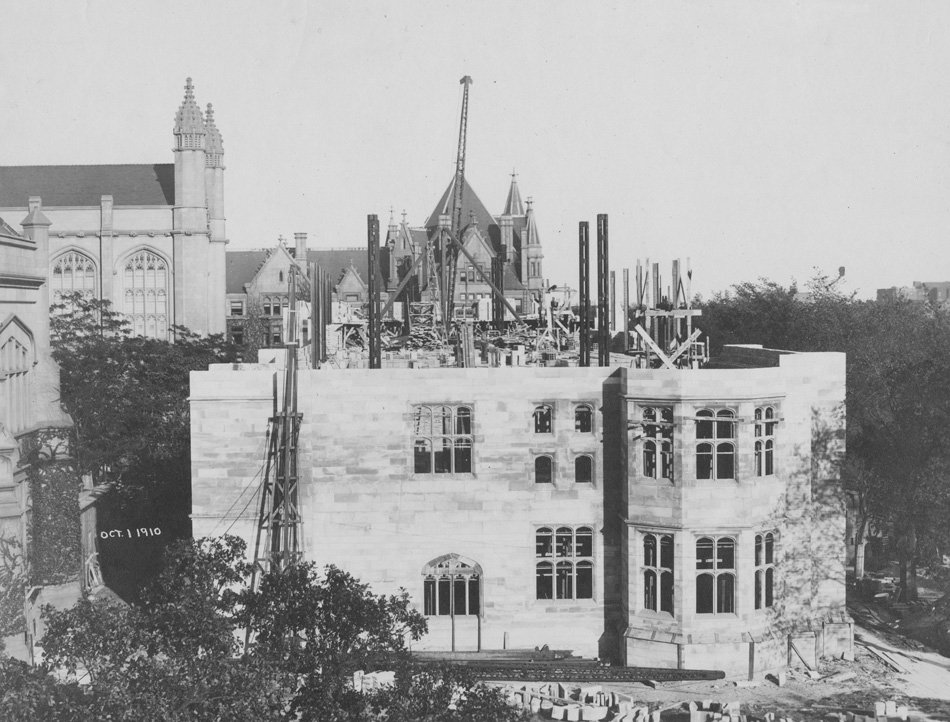