Benjamin Beck received his PhD in 1967 with a dissertation based on the effect of sound on pupil size. He worked on primate behavior at Chicago's Brookfield Zoo and Washington's National Zoo, where he also played a key role in bringing two giant pandas to the Zoo from China. He also worked with the Brazilian government to reintroduce zoo-born golden lion tamarins to the wild as part of a larger program to protect this species. His book, Thirteen Gold Monkeys (Outskirts Press, 2013), is a beautifully written fictional account of this remarkable venture. He has written and co-written two books about animal tool-using, and in 2003 received a Professional Achievement Citation from the University of Chicago's Alumni Association. His present position is Scientist Emeritus at the Smithsonian Conservation Biology Institute. 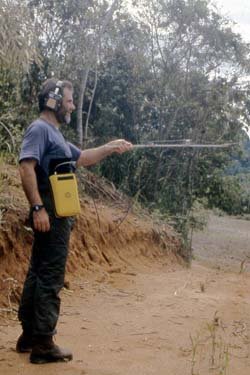