Gordon Burghardt received his SB at the University of Chicago in 1963 and in 1966 received a PhD for his dissertation on chemoreception in snakes.

Burghardt grew up in Milwaukee where, since dogs and cats were not permitted in his family's flat, he collected and kept turtles, lizards, salamanders, snakes, a budgie, and at times rescued nestling birds, little rabbits, and later a raccoon and skunk, all before setting off to college.

Upon graduating with his PhD in Biopsychology in 1966, he became an Instructor in Biology in the College and in 1967 accepted a position at the University of Tennessee where he remains today.

At present, he is an Alumni Distinguished Service Professor at the University of Tennessee in the departments of Psychology and Ecology & Evolutionary Biology.

His publication list is lengthy, and includes two major books, The Genesis of Animal Play (MIT Press, 2004). and Foundations of Comparative Ethology (Van Nostrand, 1985), which he edited. He has also served as President of the Animal Behavior Society and editor of the Journal of Comparative Psychology. 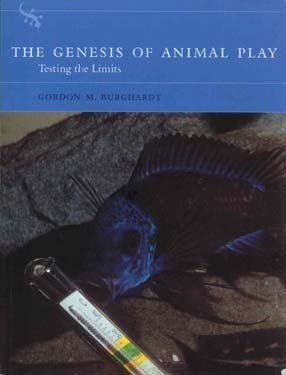 Cover of "The Genesis of Animal Play"