What it means to be "closeted" and "out" shifts not only within individual experiences, but also over time in the collective vernacular. For example, in the "glossary of homosexual terms" gathered by a Sociology student in 1933, "coming out" meant coming into a preexisting subculture by going to a bar.

By the 1970s, the Gay Liberation movement redefined "coming out" to mean announcing one's identity to people outside of the gay subculture. Students on campus wore buttons stating "OUT OF THE CLOSETS AND INTO THE STREETS." Murray Edelman (PhD 1973) recalled that the "closet" terminology was so new that other students didn't always know what the buttons meant.

Today the "coming out story" is a shared genre of LGBTQ experience, and events like the "Coming Out Monologues" allow students to share their own. The 2012 Queers and Associates t-shirt, designed by Yiwen Feng (AB 2015) connects an entire cloud of words with queer identities. The back of the shirt says "label me proud."

Historian Allan Bérubé left campus in 1968 just weeks before his graduation and missed the beginnings of Gay Liberation on campus. When he visited the Seminary Co-Op in 1990 for a reading of his book Coming Out under Fire, about gays and lesbians in the military during WWII, he signed a copy for Bert Harrill (AM 1989 PhD 1993), who was then the president of the Gay and Lesbian Alliance.

Professors Howard Brown and Roger Weiss were "out" by many standards. The University agreed to a "spousal hire" for the couple in the 1960s, and the two hosted parties for gay students and faculty in their home until Roger's death in 1991, and Howard's death in 1993. Bob Devendorf (AB 1985, AM 2004) remembered Howard and Roger as "gay godfathers" and mentors, while John DelPeschio (AB 1972) treasured the intergenerational community they fostered: "I felt as if I were entering a more adult world."

However, Brown and Weiss' refusal to participate in political actions and "come out" in the broader public sphere sometimes frustrated younger gay men like Wayne Scott (AB 1986, AM 1989), as he describes in this article. Jim McDaniel (AB 1968)remembers Howard saying "I don't really care what anybody knows, I just care what I have to admit." 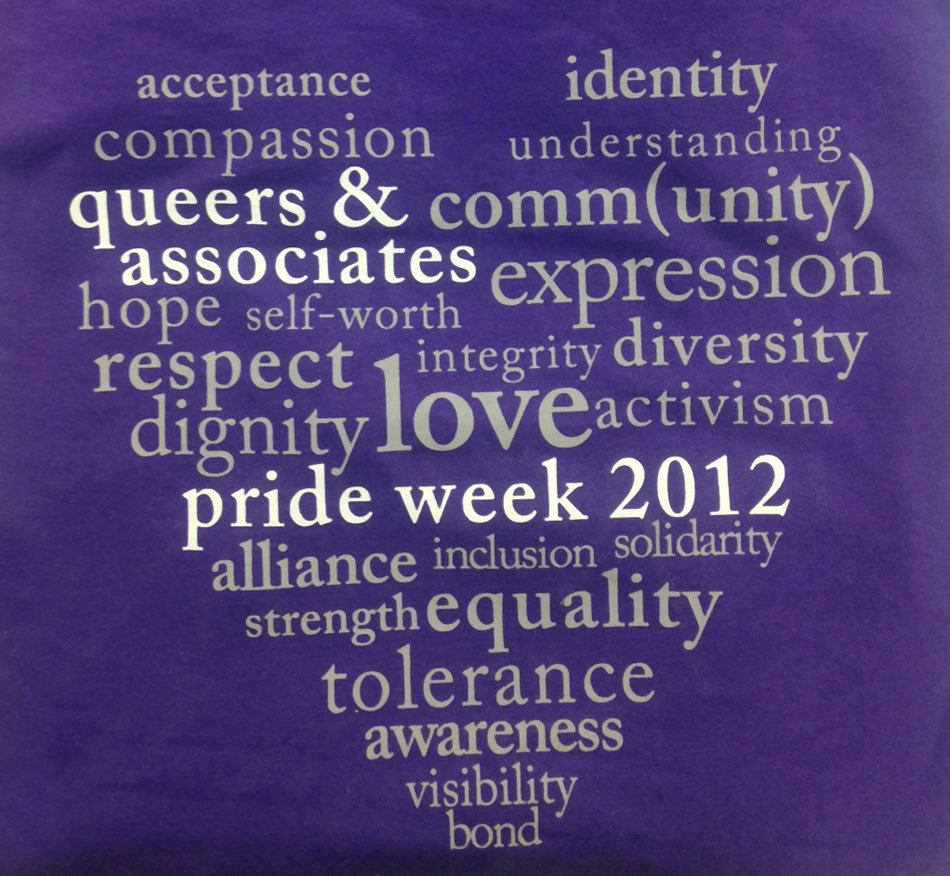 Closeted/Out on the Quadrangles Collection