Fleeing a prison sentence in Vienna for “debasing national symbols” in a performance, Günter Brus founded Die Schastrommel in West Berlin in 1969. This art journal, whose title literally means Farting Drum and which bore the subversive subtitle “Organ of the Austrian Exile Government,” emerged as the most important documentation of Viennese Actionism, an action-based and often body-centric art practiced in Austria in the 1960s. Early editions of the journal collect performance documents like photographs, artists’ writings, and scores as well as ephemera—from newspaper clippings to court proceedings and hate mail—and provide an image of the social, political, and cultural challenges radical performance art confronted in the postwar period, both in Austria and abroad.

A number of artists who had contributed to Spirale also contributed to Die Schastrommel, despite the strikingly different design and aims of each the journals, as captured in their respective titles. Compare Brus’ rugged woodblock printed covers with the sleek concrete designs of Spirale. Later editions of Die Schastrommel, which was renamed in 1974 Die Drossel, function as complete artists’ books, and represent Brus’ emergent practice of Bild-Dichtung, or “image-poetry.” While his graphic images seem to bear no resemblance to the elegant typographical work of concrete poetry, Bild-Dichtung can nonetheless be seen as a continuation of the corporeal turn concrete poetry inaugurated. 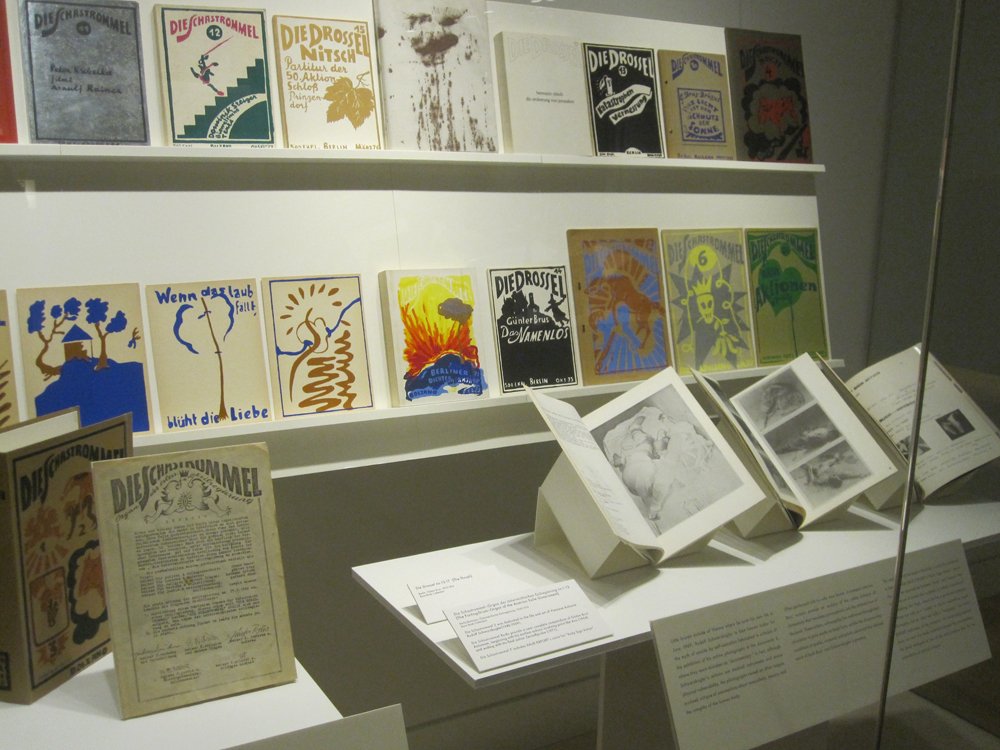 A view of the installation for the items selected for Die Schastrommel  (1969-1976):  From Body to Book.