From October 30th to November 7th 1972, Friedrich Achleitner, Günter Brus, Dieter Roth, Gerhard Rühm, and Oswald Wiener convened what they called the first Berliner Dichterworkshop. Stationed in Oswald and Ingrid Wiener’s Café Exil in West Berlin, they set about generating a book of collages, drawings, poetry, and prose. The results of the workshop were reproduced and published as both the ninth edition of Die Schastrommel and the ninth edition of Roth’s Gesammelte Werke.

Café Exil was a small bar situated not far from the Berlin Wall in the working-class district of Kreuzberg. The name, which echoes that of club exil founded in Vienna in 1953 by Wiener, Rühm and other artist friends, conveys their continuing sense of exclusion from Austrian culture, as well as an unwillingness to integrate into the cosmopolitan life West Berlin offered. The Dichterworkshops these artists staged were friendly, casual occasions, typically sustained over several days by the meals and alcohol they consumed together in Café Exil far from the institutional spaces and restrictions of a museum or a theater, but also withdrawn from the public spaces of political protest and congregation.

The Berliner Dichterworkshop and the resulting book are fascinating examples of how a group of disparate artists, with increasingly different investments in both poetry and the visual arts, use the implicitly shared space of the book to engage one another’s work. The unique edition at the center of this case shows throughout its reworked pages how Roth’s interest in manual techniques and the manipulation of found materials intersects with Brus’ obsession with the figuration—whether performed or pictured—of the constrained human body. Friedrich Achleitner, Gerhard Rühm, and Oswald Wiener, who had published in Spirale, moved on from concrete poetry in various directions to investigate architecture, sexuality, and cybernetics, respectively. Far from reflecting a single unified artistic intention, the book as a medium of collaboration captured the diversity of the artistic projects and preoccupations of the friends who gathered to form a distinctive community of exiles in Café Exil. 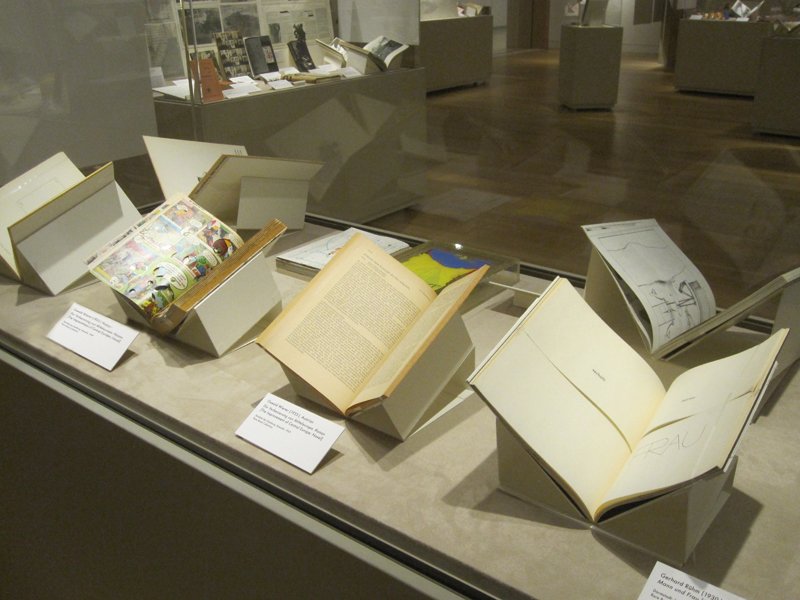 Shown is a selection from the In Exil exhibition display.