Topographies, Interiors, Itineraries (In and Around the 1960s)

One important aspect of concrete poetry was the dual exploration of the articulation of language and space. Such topographical reflections gave rise, in turn, to books of an extraordinary diversity of forms and formats. These artists’ books not only model relations in space but produce experiences in which the mapping of language and forms onto reality is troubled in provocative and playful ways. When the unforeseeable or unfathomable is central, chance becomes a constructive principle.

In her accordion-style book Ausser…ordentlicher Lemuel, which is loosely based on the fictitious Lemuel Gulliver’s travels, Warja Lavater visualizes the journey of a strange individual through a curious space. Trying to express itself, but unable to be understood, Lemuel is cast out of the order of things. In 246 little clouds, Dieter Roth reflects on the insignificance of things —like clouds—that seem to invite but also frustrate interpretation. Tying together the passage of time with the production of space throughout the course of 246 days, he writes, “A book is a knot.”

Daniel Spoerri’s An Anecdoted Topography of Chance was supplied in lieu of a catalogue at an exhibition in Paris, where the question of how to map and navigate the exhibition itself was treated as integral to the show. The book is a map: an exacting description of all the objects Spoerri observed one day in his room and an articulation of the random associations and anecdotes to which they gave rise. 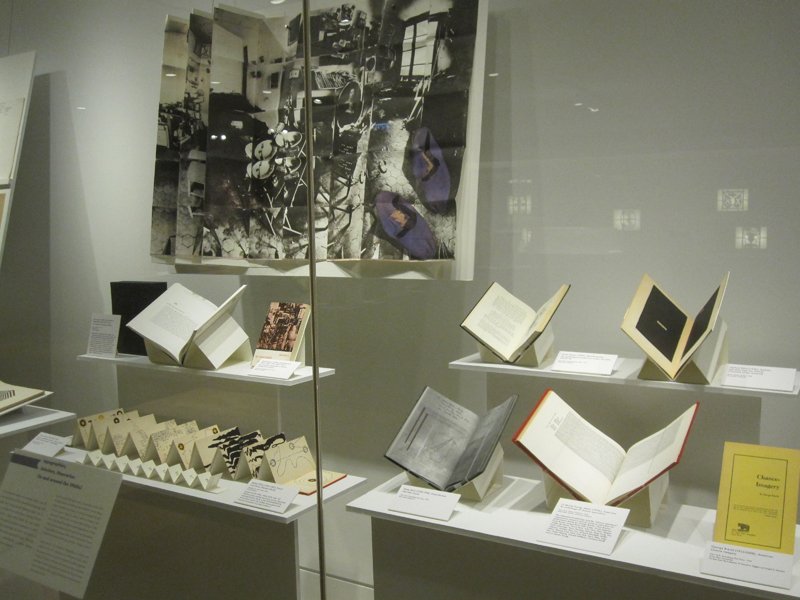 Display of items for the exhibition section Topographies,  Interiors, Itineraries. 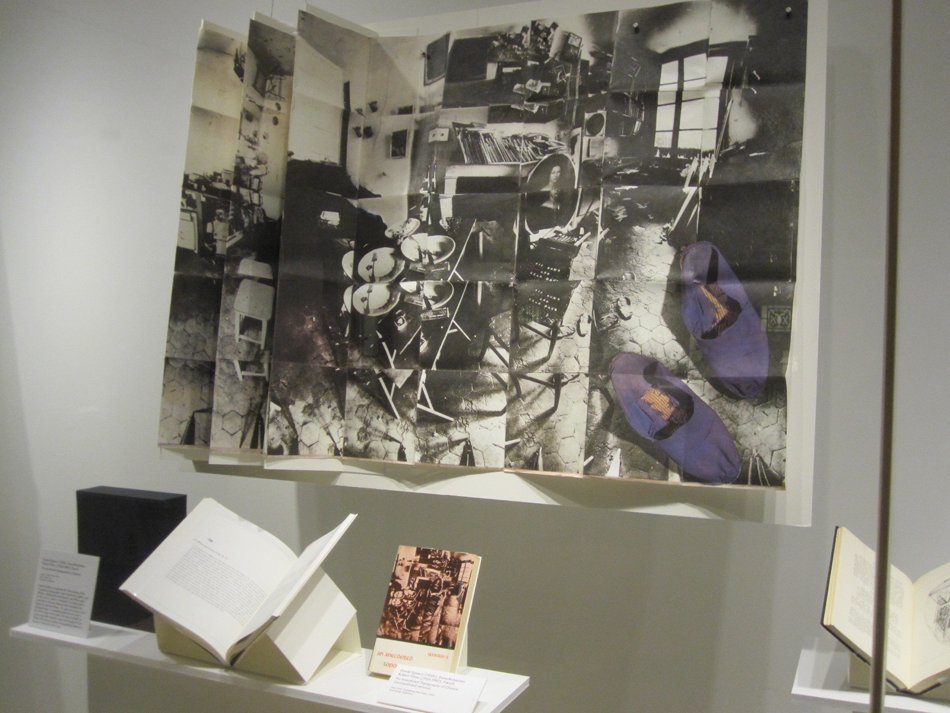 Emmett Williams translated the 1966 version of the “anecdoted topography” from French into English, and Williams collaborated with Spoerri and Filliou again on this version, which is “enriched” by Dieter Roth’s anecdotes in German, that are then translated into English by Malcolm Green. “A cubic view of my room,” displayed here, is concealed within its own case in the 1995 edition of the book. The view is printed on paper especially made for maps and designed to be folded, introducing a further topographical element to Spoerri’s anecdote of his room.