Music in the Margins

Manuscripts often come to us silent, housed in hushed museums, archives, and libraries, written in handwritings that only specialists can now decipher, their pages are turned quietly. The era that produced these manuscripts, however, was anything but silent. People read manuscripts out loud to themselves and others, towns were filled with a cacophony of ringing from bell towers, and churches and courts were filled with singing and music. The margins of these manuscripts evoke the sounds of the fifteenth century, bringing music to life through images.

At the University of Chicago music provides an important release from silent study. There are seven a cappella groups, the Marching Maroons pep band, the Symphony Orchestra, numerous ensembles, and the Guild of Student Carillonneurs who perform the bells at the Rockefeller Memorial Chapel for all of campus to hear–not to mention the musical antics that take place on campus, from flash mobs to impromptu guitar performances. The students’ notorious monkish devotion to study is complemented by boisterous social life. 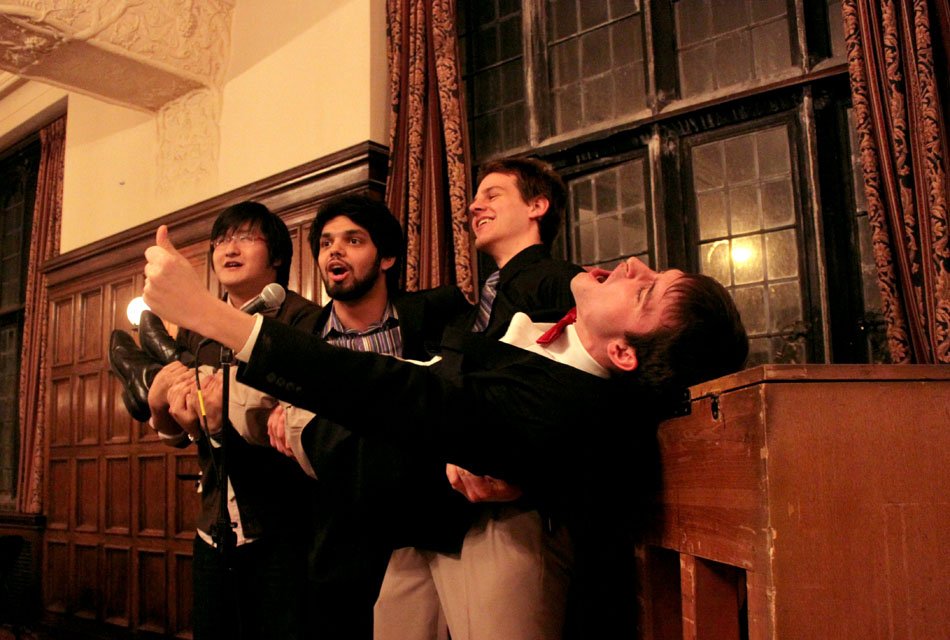