Cultural Zionists promoted national unity rooted in a shared Jewish culture. Martin Buber's call for a "Jewish Renaissance" was a reaction to both the deleterious effects of assimilation and the rise of German anti-Semitism, which was now being expressed in ethnic terms. Just as German conservatives cultivated myth, mysticism, and folklore as part of their "Volkish" ideology, Buber located the primordial essence of Jewish culture in Hasidic folklore. Through his Hasidic tales, he encouraged German Jews to recognize their East European brothers as the torchbearers of a shared myth of origins.

Art and literature were central to the Jewish renaissance. The Jüdischer Almanach (1902), which inaugurated Buber's Jüdischer Verlag (Jewish Publishing House), contained art, poems and prose by both eastern and western contributors. Buber's co-editor, Berthold Feiwel, wrote that the aim of the book was to "emphasize the unity of creativity within a living Judaism" by combining "the rootedness in folklore and tradition of the Ostjuden with the commitment to European culture of West European Zionism." Buber and Feiwel, along with the art editor E.M. Lilien, were founding members of the Democratic Faction, the first self-proclaimed party within the Zionist movement, which emphasized the positive relationship between national and cultural aspirations. Several artists included in the book, such as Hermann Struck, Max Liebermann, Lesser Ury and Lilien himself, were featured in the Jewish art exhibition at the Fifth Zionist Congress (1901).

Buber and his cohort were less concerned with the actual plight of East European Jews than with the spiritual crisis facing assimilated German Jewry. Real encounters during and after World War I would challenge their Romantic images of the Ostjuden. 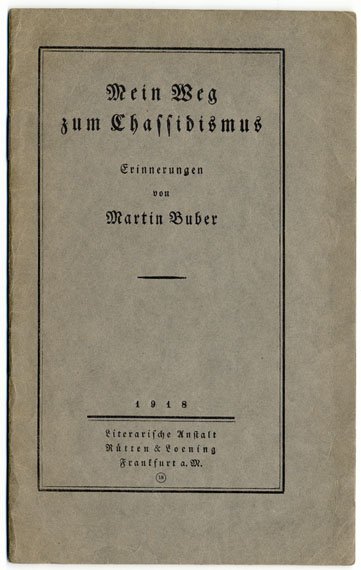 Buber was born in Vienna but spent much of his childhood in Sadagora, Galicia, in the home of his grandfather, the acclaimed Talmud scholar Solomon Buber. It was here that he first encountered the "thriving religiosity" of Hasidism. In this personal memoir, Buber recounts his discovery of "Jewish unity" and "Jewish leadership" in the synagogues and study houses of Sadagora. 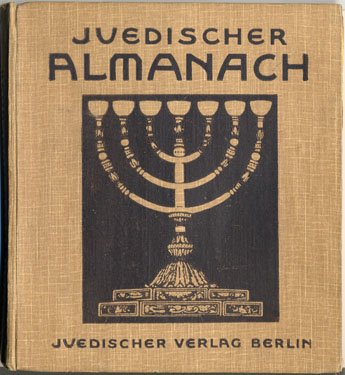 The Jüdischer Almanach includes translations of Hebrew and Yiddish literature by writers such as Morris Rosenfeld, H.N. Bialik, Sholem Aleichem, and Scholem Asch. Most of the illustrations have East European themes. Though the primary objective of the book was to promote Jewish unity across geographical boundaries, it was geared first and foremost to a middle-class German-Jewish audience. 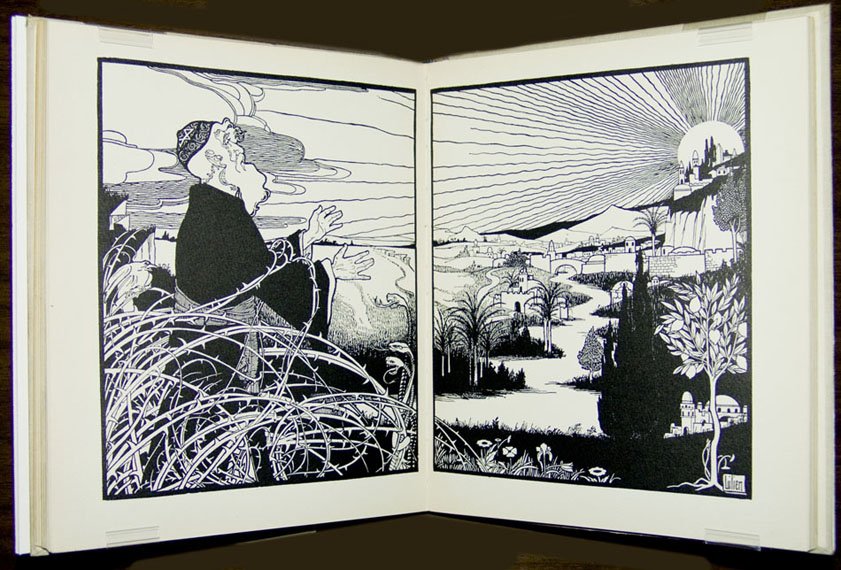 Lilien's illustrations for the German translation of Poems of the Ghetto (1903), by the Yiddish-American poet Morris Rosenfeld were used in Zionist promotions. The blend of Yiddish poems and Jugenstil images exemplifies the efforts of cultural Zionists to synthesize the best of eastern and western Jewish culture. In this image, the idealized Ostjude is shackled to the Diaspora while looking longingly toward Zion.