Administrators took far more interest in women students than simply stimulating their "life of the mind."  As Dean, Marion Talbot seized the opportunity to build a strong female community within the limited on-campus housing available.  Living in Kelly Hall on the main quad, she supervised students' studying, socializing, diet, and exercise.  Talbot believed strongly that balance, moderation and variety were key to women's educational success.

Parents asked Dean Talbot for assurance that their daughters would receive all the "necessary protections" at Chicago.  In turn, the University operated in loco parentis, creating curfews and other rules aimed at limiting the interactions of men and women students outside of the classroom.  For Talbot, refinement and order were important principles for the women's residences. The dorms were equipped with formal entertaining spaces for rituals like "class night," as well as more informal mentoring between undergraduate and graduate women students.  In public receiving rooms, residential students entertained visitors and planned social events under the watchful eyes of their house mothers.

Administrators hoped as many women as possible would live on campus, instead of seeking out cheaper, unsupervised rooms in Hyde Park.  While many students from the Chicago area lived at home, fundraising campaigns emphasized that the University students deserved a "safe and comfortable home" on the main quad where they could be under surveillance and protected.  Yet the first female dormitories on the main quad-Foster, Kelly, Beecher, and Green Halls-could house only a few hundred women.

Due to lack of funding, plans for a new women's dormitory were cancelled in 1931 at the same time that Burton-Judson Courts, which provided housing for men, and International House, which allowed for some women residents, opened on the southern end of campus.  Not until the late 1950s did the University complete a successful building campaign for new women's dorms. 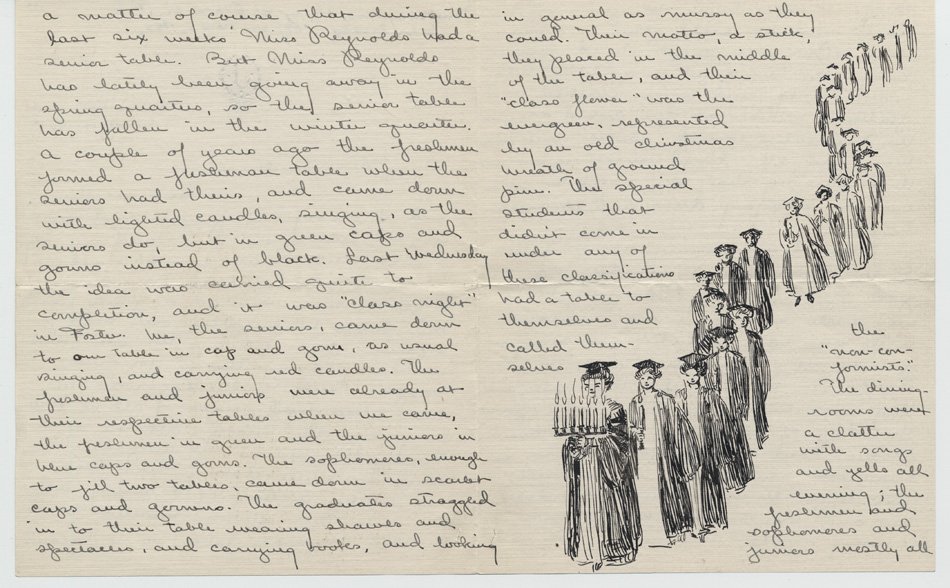 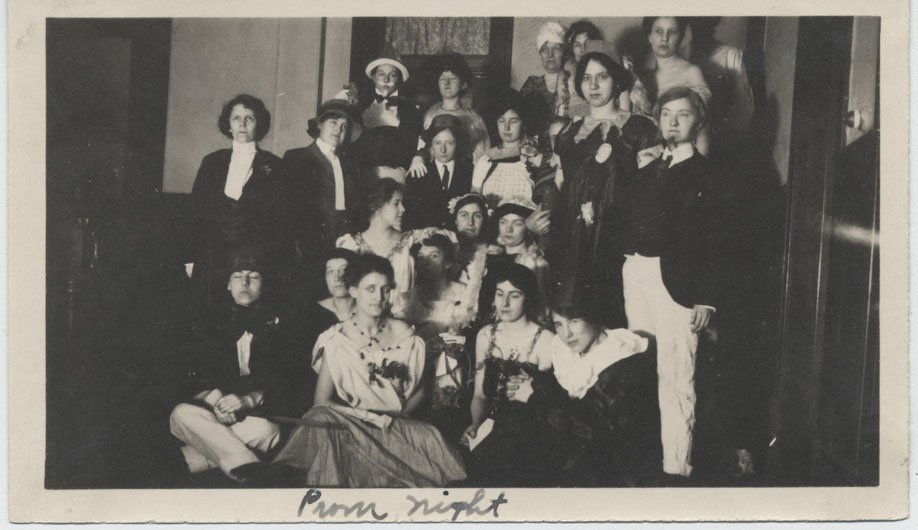 The donor of this photograph labeled it "Prom Night for those who did not attend the prom." 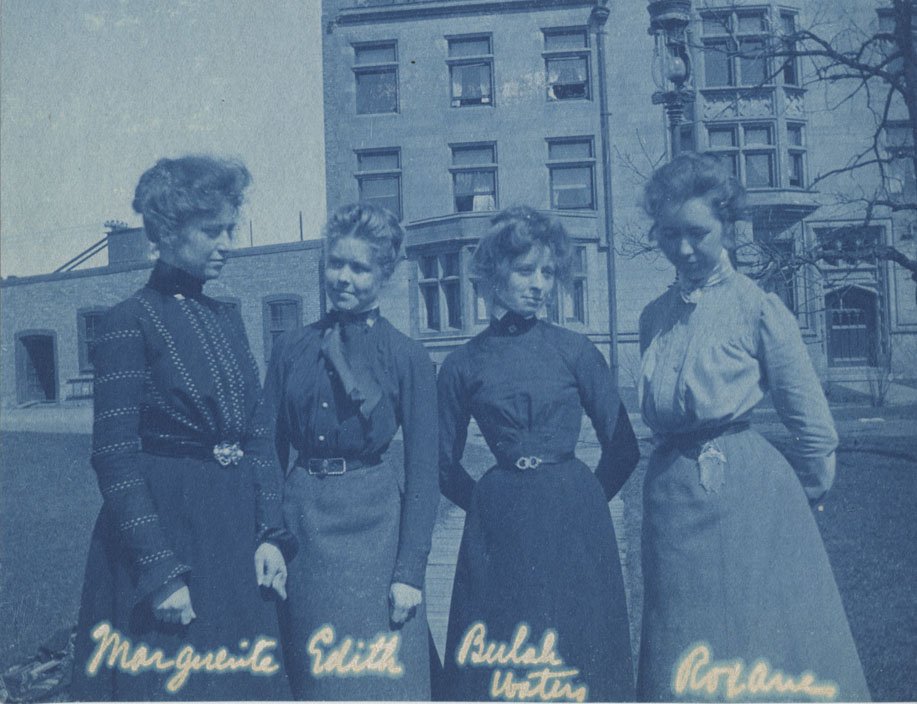