Collections & Exhibits > Exhibits > On Equal Terms: Educating Women at the University of Chicago > Ida Noyes Hall - A Center for Women on Campus

Ida Noyes Hall - A Center for Women on Campus

By 1903, University men had received the gift of the Reynolds Club and the Charles L. Hutchinson Commons as well as athletic facilities in Bartlett Gym.  University women, by contrast, lacked equivalent social and recreational spaces.  At the June 1913 convocation ceremonies, the University announced a $300,000 gift from industrialist La Verne Noyes for a women's clubhouse in memory of his late wife, Ida.

Dean Talbot immediately began to conceptualize the space and its functions.  In planning memos, Talbot outlined a clubhouse where a young woman could "share in the social life in such a way as to give expression to her individual qualities, to serve as hostess not only to other women but to men, and to give her training in forms of social expression which will make her academic training more effective as she mingles among people."   As part of this vision-and unlike the "manly atmosphere" of the Reynolds Club and Hutch Commons-designers built and furnished Ida Noyes Hall in the style of an English manor home.  Young alumnae and faculty joined a committee of fifteen women to the building's décor.

Ida Noyes Hall opened in June 1916 with a lavish student performance held in the women's quadrangle.  Painter Jessie Arms Botke captured the  "Masque of Youth" in her murals for the second-floor theater. Visitors toured the new dining rooms, theater, club meeting spaces, ballroom, and athletic facilities-including a gymnasium, swimming pool, and trophy room for the WAA.

While Ida Noyes Hall was designed to fulfill a specific need for women's athletics and sociability, it was never an entirely all-female space.  If the sexes were to commingle, University administrators preferred they did so in supervised campus locations. Thus, Ida Noyes hosted a busy calendar of public lectures, club meetings, and social events open to the entire University community 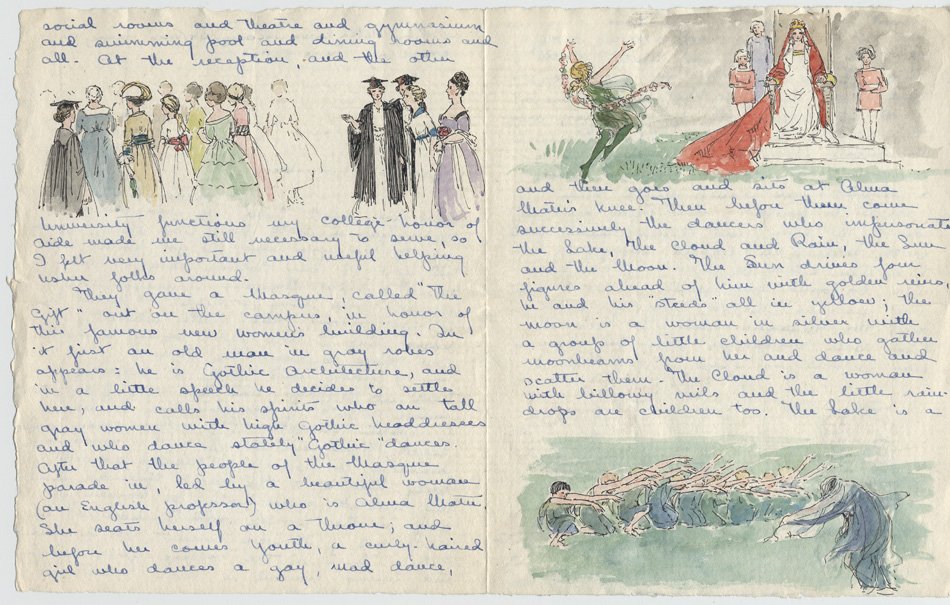 University of Chicago Office of the President, Harper, Judson and Burton Administrations Records. 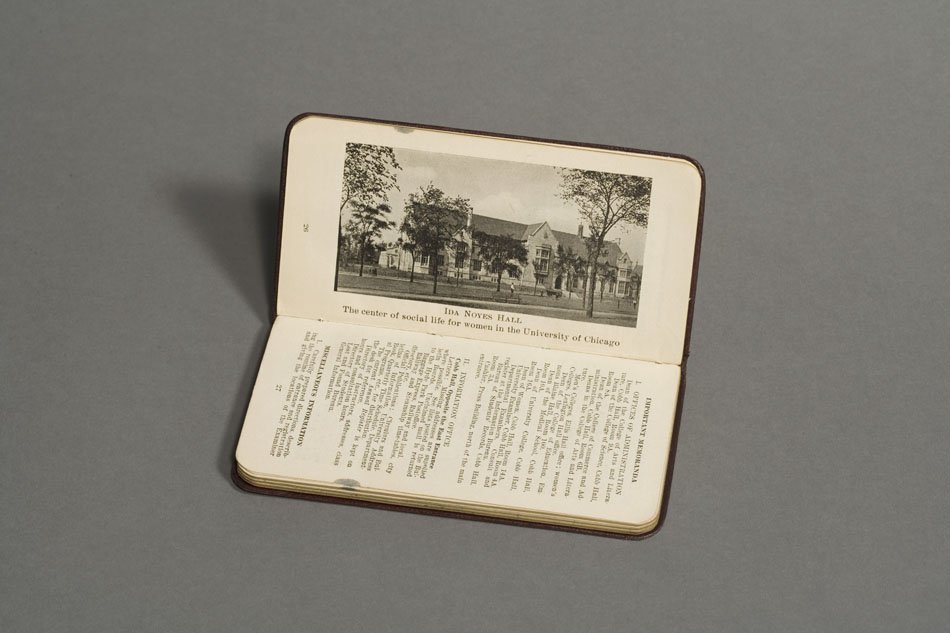 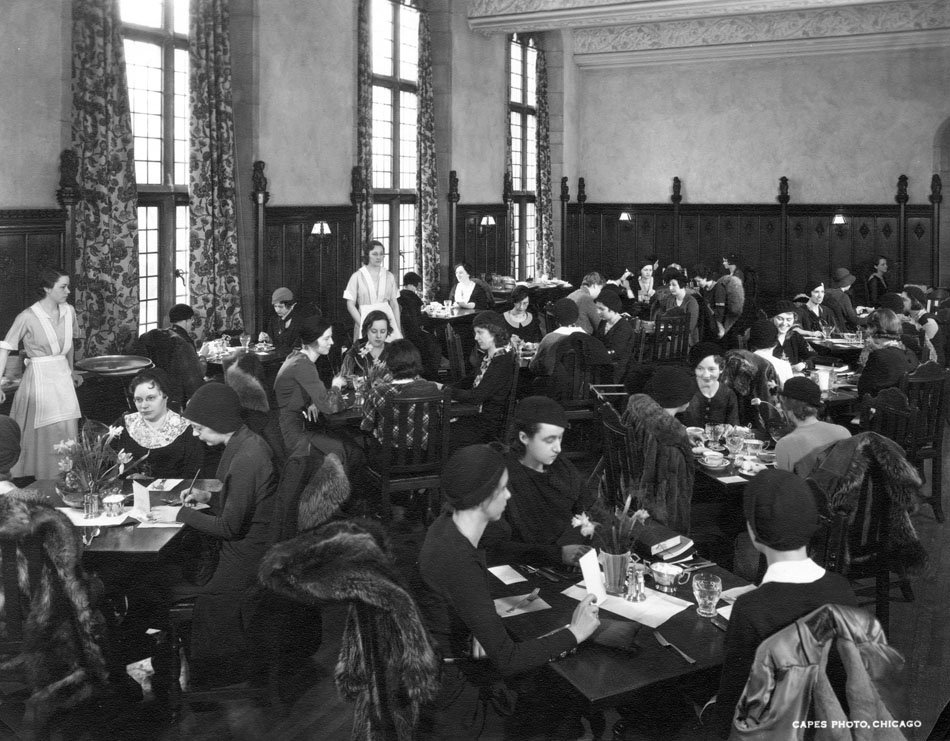