Collections & Exhibits > Exhibits > On Equal Terms: Educating Women at the University of Chicago > Married Women and the Postwar University

Married Women and the Postwar University

The young wives of returning World War II veterans were a visible presence on campus during the 1940s and 1950s.  In December 1945, University trustees approved $300,000 to move 190 prefabricated homes onto the Midway for married veterans registered as students.  By 1949 an additional 600 families lived in nearby married student apartments owned by the University.

The pre-fabs were a temporary solution to an ongoing problem of meeting student housing needs in Hyde Park.  While the poorly constructed structures did not remain on the Midway, additional married student apartments were added west and north of campus.  Beginning in September 1946, the "prefabbers" received monthly updates on their neighbors via the Apartment and Pre-Fab Newsletter, which made note of "Wives Discussion Group" meetings and published suggestions for women seeking part-time work and volunteer opportunities on campus.

Couples supported an active Married Students Association, open to "any married bona-fide student, or junior member of the faculty, hospital resident, intern, fellow, research assistant or associate whose family is living in the vicinity of Chicago."  By the 1970s, an active "Dames Club" (descended from an organization founded in 1900) operated out of the Fairfax Apartments on East Hyde Park Boulevard.

Other married women on campus after WWII were in fact University students and researchers; many recall a double standard that was hard for scholar-wives to escape. Joanne Spencer Kantrowitz (MA 1957, PhD 1962) recalled that Chicago and other schools discouraged hiring academic couples. "The University had a habit of hiring the man, and letting the woman fend for herself," she explained.  Thus, these women often held positions on campus off the tenure track or were forced to seek out teaching and research jobs at neighboring universities.  Kantrowitz shared an often-told story:

I remember someone describing Hyde Park in the 1950s.  He said, "In the morning when each tidy housewife opens the front door to sweep the row house steps, nine out of ten have PhD's." 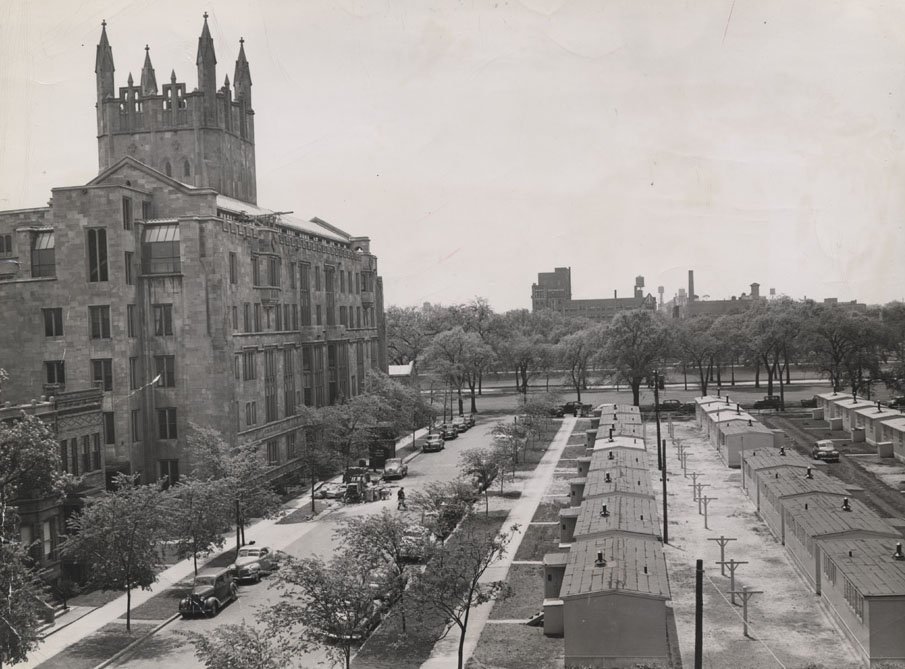 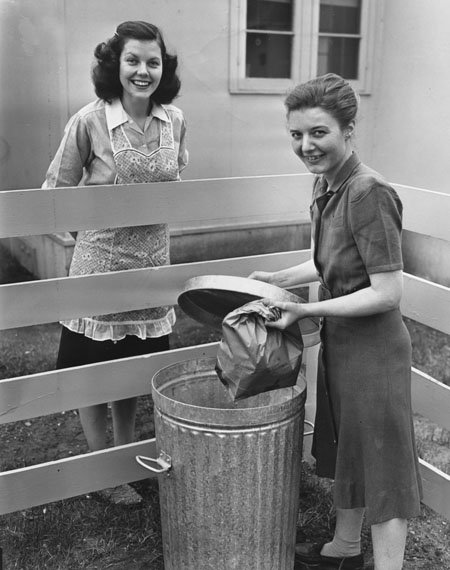 Local media covered the phenomenon of returning male GIs on campus and the resulting community of wives that formed in the prefabs.  "There's a lot of neighborliness," one newspaper reported, "such as visiting in each other's houses, at the clothes lines, and over the fence that holds the garbage pails." 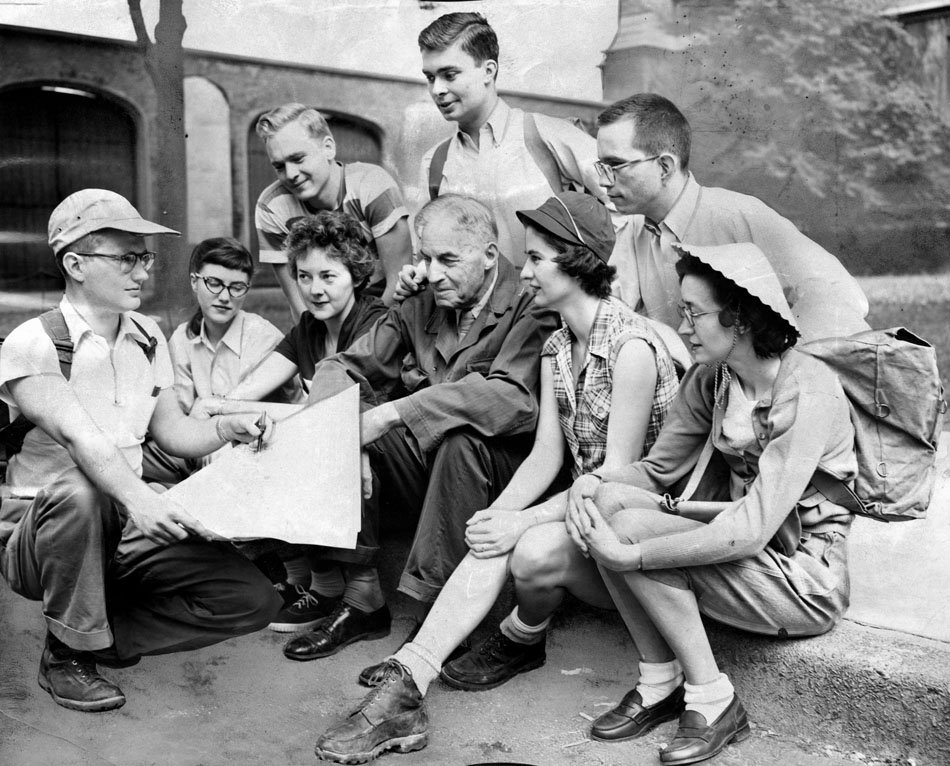 University of Chicago students and faculty prepared to hike twelve miles from Hyde Park to Palos Park "to determine the minimum time required on foot to reach safety in the event of an H-bomb attack on the city." 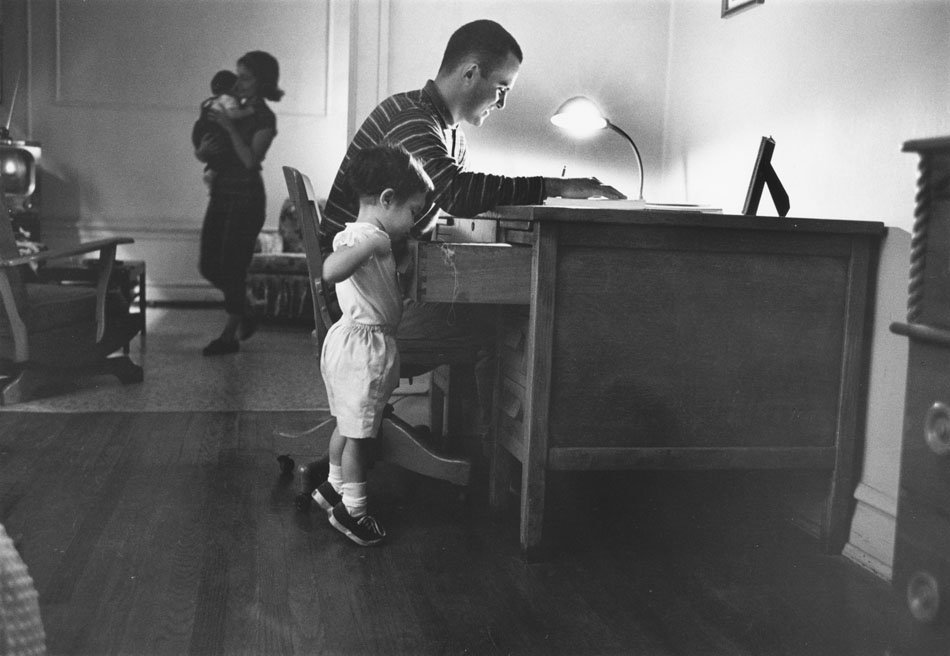