Improving and expanding undergraduate housing became a pressing issue for the University after WWII.  To attract more women applicants, administrators hoped to fund larger, modern dormitories.  For a brief moment in the mid 1950s, University Chancellor Lawrence Kimpton even toyed with the idea of consolidating resources for women into a single-sex undergraduate college, in the hopes that such an arrangement might serve as an attractive selling point for parents reluctant to send their daughters to the "slum-ridden" University during a period of controversial urban renewal plans.

While he received lukewarm support from College deans on this issue, Kimpton went so far as to meet with the wives of University trustees about such an arrangement, but it was quietly rejected.  Instead, attention returned to fundraising and building architect Eero Saarinen's "New Dorm" north of Ida Noyes Hall.  New Dorm-later renamed Woodward Court-opened in 1958 with rooms for men and women on separate floors.

Women undergraduates continued to face restrictions that their male counterparts did not.  By 1960, all women students were required to live in a residence hall, unless they were living at home or with relatives.  Undergraduate men, in contrast, were only required to live in residence halls during their first two years.  (Any undergraduate older than twenty-one could petition to live off campus.)  Other differences marked men's and women's dorm life.  In the early 1960s, for example, housekeeping manuals instructed staff to clean men's rooms and bed linens once a week.  But women living in the dorms were expected to clean their own rooms and change their own bed linens.

During the 1960s, the Chicago Maroon tracked a series of debates between students and the administration over regulations of student life in the dorms.  By 1966, there was consensus that undergraduate dorms should be coeducational whenever possible. Women's curfews and intervisitation restrictions were not completely eliminated until the 1970s. Eero Saarinen's "New Dorm," a modern four-story U-shaped complex, was built to house 500 undergraduate and graduate men and women.  It was demolished in 2002 to make room for The University of Chicago Booth School of Business. 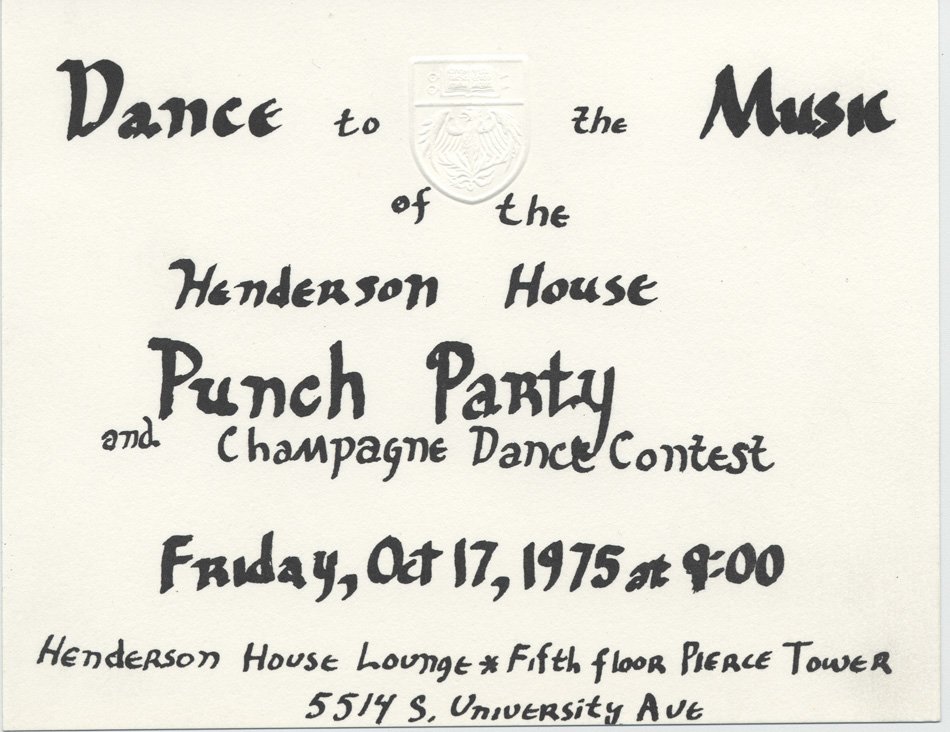