Philanthropy and community service provided opportunities for women graduates and faculty wives to remain connected to the University.  These initiatives also solidified social and professional networks and addressed pressing community needs.  The major campus philanthropic organization, the exclusively female Settlement League, was formed in 1895 to support the University of Chicago Settlement House. The wife of the University President served as the honorary leader of the League, while the settlement workers lived amidst residents.

Like Hull House, the University Settlement was located in an impoverished neighborhood to the west of campus populated by unskilled industrial workers.  According to the League's president, Mary MacDowell, the Back of the Yards neighborhood "doubles its population in a decade and changes its nationality every fifteen years."  The settlement house aimed to improve neighborhood conditions through education and reform and to help immigrants adjust to life in the United States.

The Settlement League included women faculty, faculty wives, students and alumnae.  Early League members provided many services to settlement house residents, from leading classes and trips to the countryside to building a library and mending residents' clothes.  By the 1910s, the League took on a more indirect role, sending money and donated goods to the settlement house instead of volunteers.  After World War II, the Service League maintained its philanthropic spirit, but shifted its organizational focus toward service work in the University's own Hyde Park neighborhood. 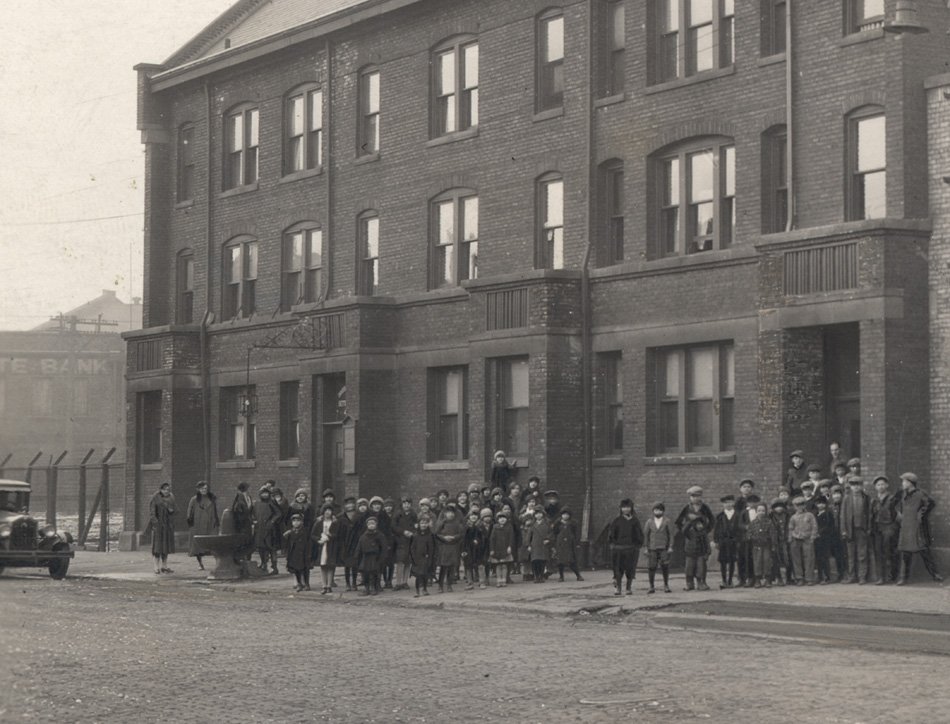 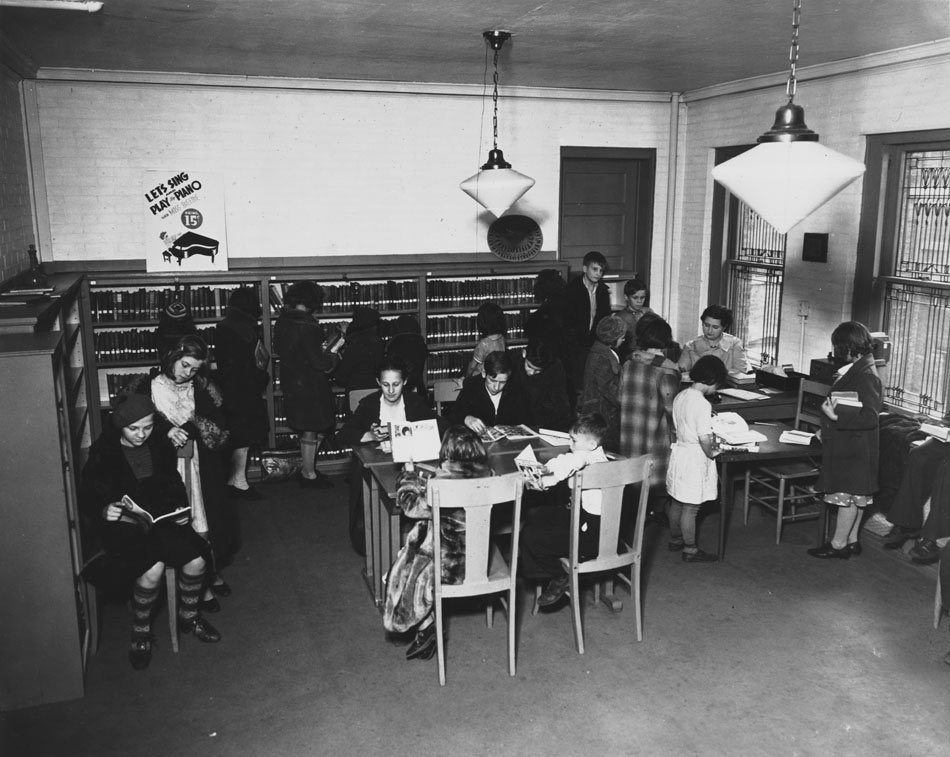 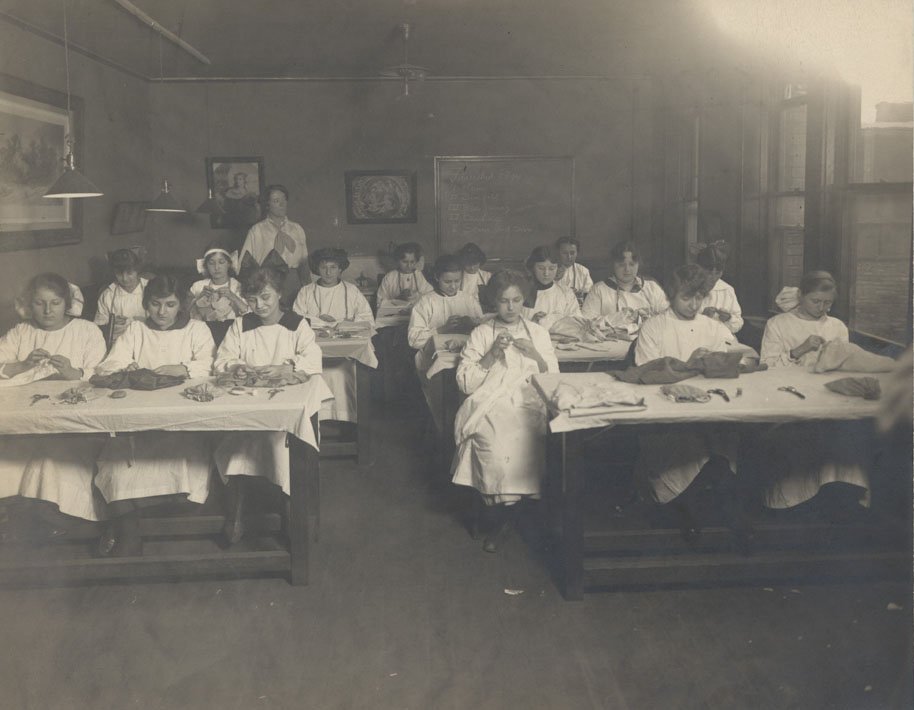 Sewing class at the University of Chicago Settlement Trade School