UChicago faculty, students, and staff can access most campus libraries. See hours page for details. MASKS ARE REQUIRED AT ALL TIMES. Visitor and alumni access is currently suspended.

Printing for the Modern Age

Commerce, Craft, and Culture in the RR Donnelley Archive

From 1921 to 1981, RR Donnelley operated a hand bindery, one of the few printing companies in the United States to do so. Commissions for one-of-a-kind bindings came from important collectors, universities, corporations, and libraries throughout the country. RR Donnelley management recognized that the Extra Bindery, as it was called, while not really a profit center, underscored for other sections of the company the importance of fine craftsmanship as exemplified by an age-old craft.

For thirteen years, the Extra Bindery was headed by the distinguished English bookbinder Alfred de Sauty, who was recruited by T. E. Donnelley from the Central School of Arts and Crafts in London. De Sauty immediately set the standard for American bookbinding when he hired three European-trained bookbinders, William Anson, Basil Cronk, and Leonard Mounteney. As was the European tradition, hand-binding at RR Donnelley was a team effort. The head of the bindery generally established the design and specified the materials. From there, a book passed through the hands of several staff members, each responsible for a particular aspect of the process; sewing, backing, tooling, and finishing.

RR Donnelley promoted hand-binding by hosting exhibitions on the subject and by publishing a number of notable books, including Extra Binding at the Lakeside Press (1925), A Rod for the Back of the Binder (1928), All the King's Horses (1954), and others.

When de Sauty retired in 1935, Harold Tribolet, who began as an apprentice with RR Donnelley in 1927, became the head of the Extra Bindery. In 1966, the company sent Tribolet to Florence, Italy, after a disastrous flood to help restore the collections of the many libraries that were damaged.

In 1970 the Extra Bindery department's name was changed to Graphic Conservation to include paper conservation and restoration, which had become an essential part of the work. One notable commission in that year was the conservation of a copy of the Declaration of Independence printed in Philadelphia on July 4, 1776. 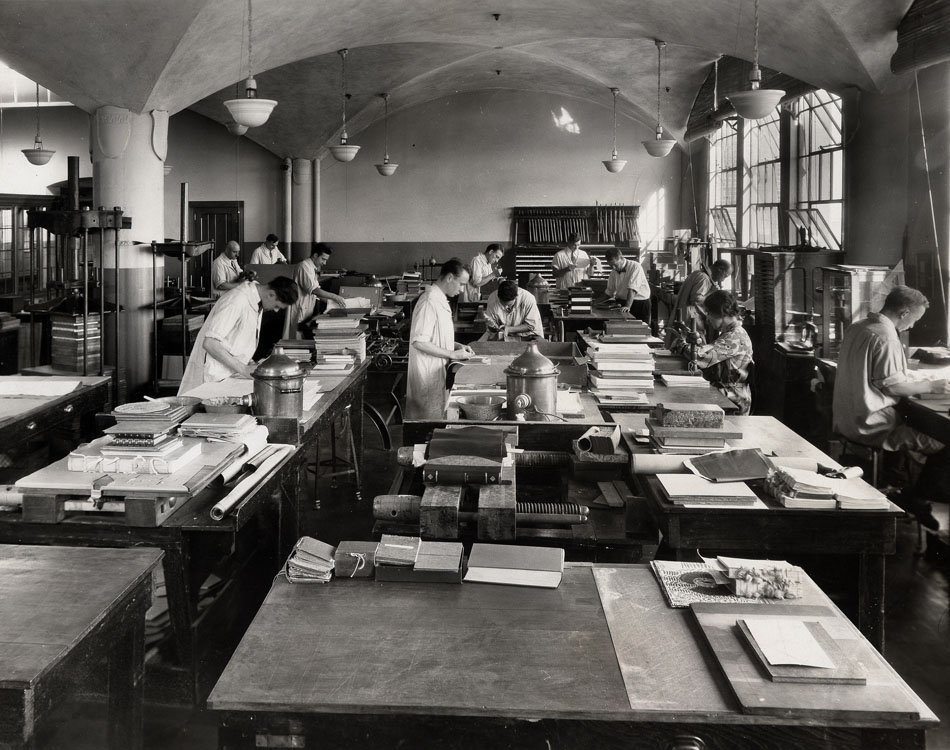