Alphonse Lévy (1843-1918) grew up in a rural village in Alsace. Although he moved to Paris at age seventeen and begun studying art, his best-known works are the exaggerated yet affectionate portrayals of the rural Jewish community he knew as a child. He produced his first caricatures of rural Jewish life for Léon Cahun's La Vie Juive published in 1886 (Passover Preparations and Motzoh section). This was followed two years later by Sachor Masoch's Contes Juives. In 1902 Lévy published Scènes familiales juives, focusing solely on his caricatures.  It is the most complete collection of his depictions of Alsatian Jews.

Although Lévy appropriated the stereotypical images of Jews that filled anti-Semitic works, he intended such scenes to demonstrate their traditional charm. He sought to infuse stock images with levity, humanity, and humor - the associations he had with his childhood. 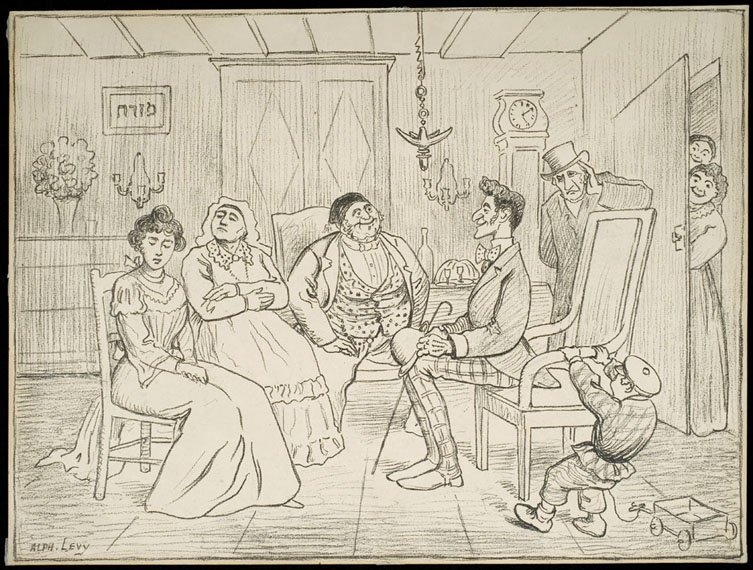