In the late 1880s, Chanute rekindled his interest in aeronautical matters. Flying had fascinated him since the late 1850s, and Chanute kept pamphlets and articles as they were published. After officially retiring and with time and a steady income, he became serious about the engineering problem of “artificial flight.”

In his typical approach of any new interest, he contacted everyone who had done any aeronautical research, successful or unsuccessful. He gave talks at universities, spoke to civil engineering groups, and sponsored “aeronautical” discussions at major engineering conferences. “My general idea is to pass in review what has hitherto been experimented with a view to accounting for the failures, clearing away the rubbish, and pointing out some of the elements of success, if I can” (letter from Octave Chanute to Wenham, 13 Sep 1892).

The results of his inquiries were published first as an article series, “Progress in Aviation” by his friend, Matthias N. Forney in “The Railroad and Engineering Journal” and then as a book in 1894. This book became the most important work available at the time to every would-be pioneer engineer. 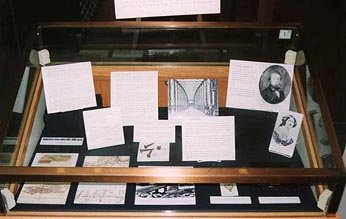