Efforts to determine the origins of the Homeric epics, produce an authoritative text, and provide explanatory notes for readers began in antiquity. Ancient scholars commented on the Homeric poems in the form of "scholia" that circulated at first within the margins of the text and later as separately published compilations. Scholia covered a wide range of topics, including alternate readings, the meaning of obscure words and unfamiliar grammatical forms, and critical explanation or interpretation of the texts. Scholia written in medieval and Byzantine manuscripts often mix notes from antiquity with those from later eras, making the work of identifying and dating scholia highly complex.

Firsthand knowledge of the Iliad and Odyssey declined in the Middle Ages along with competence in ancient Greek.  Latin translations by Italian Renaissance humanists began to make the works accessible in the West by the early sixteenth century, and scholarship again flourished as translations into modern languages appeared. In the eighteenth century, editors turned their attention to the manuscripts in an effort to attempt to establish a single authoritative text. These erudite editions, with extensive critical notes and interpretation, also evaluated and compiled previous manuscript evidence and scholarship.

One of the most enduring issues in Homeric scholarship has been the "Homeric Question," which focuses on when and how the epics were produced and whether they are the work of one or many poets. Several scholars including Friedrich August Wolf argued that the poems had passed through several centuries of oral transmission before they were written down and edited, identifying repetitions in the text as critical to improvisation. Critics who endorsed Wolf's theory of multiple authorship came to be known as the "Analysts," in contrast to "Unitarians" who argued in favor of the aesthetic unity of the poems. Despite the apparent divide, most Analysts believed in one unifying figure who collected individual poems into their current state, and Unitarians acknowledged that the poems as we know them include accretions and compilations by others.

In the early decades of the twentieth century, research methodologies from developing social sciences disciplines such as anthropology and ethno-linguistics entered Homeric scholarship.  Milman Parry's "oral-formulaic" theory has had a profound influence on Homeric scholarship and encouraged a number of twentieth- and twenty-first century translations that emphasize the improvisational and performative elements of the Iliad and the Odyssey. 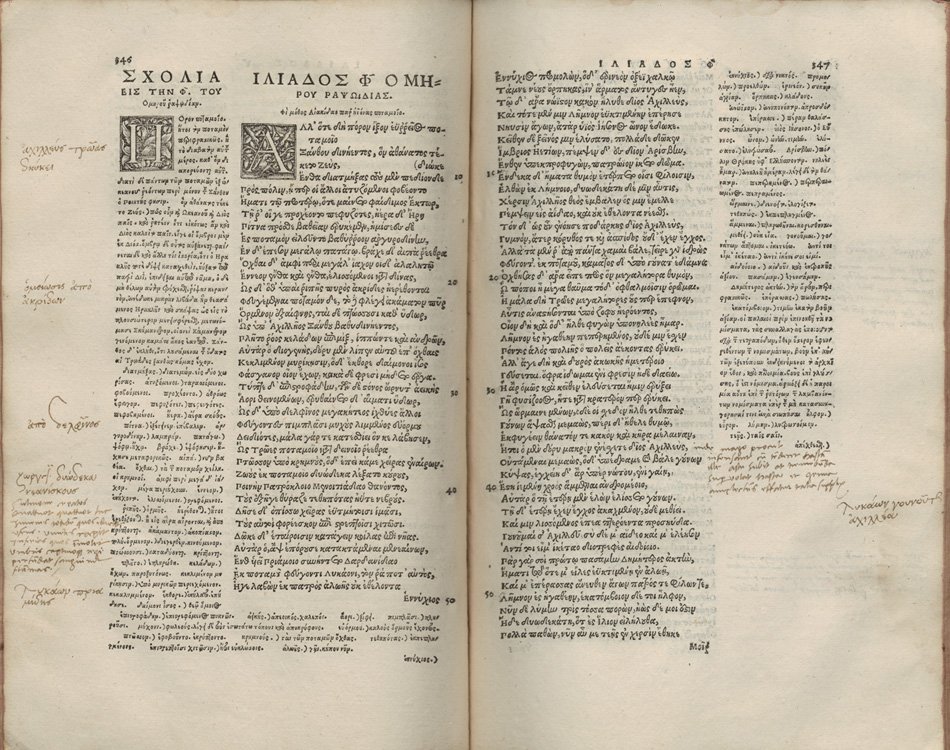 This is the first printed edition to present the scholia alongside the texts of the poems. Herwagen relied on the editions of the scholia printed by the Aldine Press (BHL D1, also on view in this section). 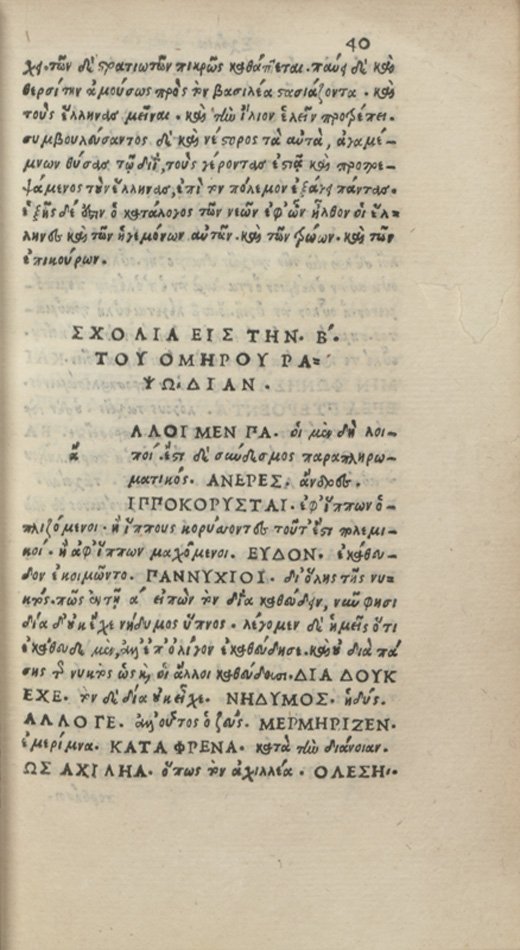 The scholia in this volume include vocabulary glosses, explanations, and paraphrases, many of which can be traced back to antiquity. Now known as the "D Scholia" and not believed to have any connection with Alexandrian scholar Didymus, they were written in the margins of medieval manuscripts of the Homeric texts. Although the title of this 1521 edition refers to both Homeric epics, the Aldine Press did not issue the companion volume containing the scholia to the Odyssey until 1528. Both were edited by Franciscus Asulanus, Aldus Manutius's brother-in-law. 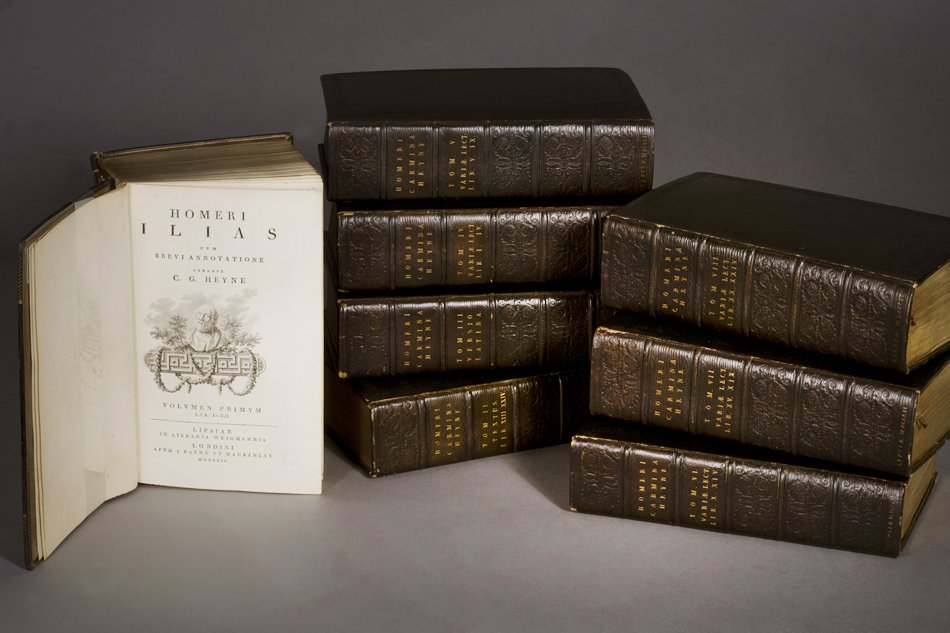 This massive edition of the Iliad, consisting of eight large volumes, collected and synthesized nearly all the scholarship that preceded it and provided the most comprehensive reporting of manuscript evidence to date.