Printed editions of the classics in Greek were scarce in the fifteenth century: Greek type fonts were expensive and difficult to produce, and demand was low because knowledge of Greek was limited. With the influx of Byzantine refugees to Italy after the fall of Constantinople in 1453, and the corresponding rise of Venice as a printing center, several humanists sought to make Greek books more available. The Venetian scholar-printer Aldus Manutius devoted his life to promoting study of the classics and produced a series of affordable, influential editions in Greek.

The audience for Homer expanded with editions aimed at scholars who did not know Greek. King Alfonso V of Aragon commissioned classical scholar Lorenzo Valla to produce a prose Latin translation of the Iliad in the 1440s that was first printed in 1474. The first edition specifically designed as a schoolbook appeared in 1520, with wide margins and generous spacing between the lines for notes. The 1561 bilingual edition prepared by Nicholas Brylinger and Sébastien Castellion was intended for educational purposes and included parallel Greek and Latin texts.

During the nineteenth century, a host of English translations appeared for the use of students. James Joyce read Butcher and Lang's prose translation of the Odyssey when he was writing Ulysses. Thomas Clark's interlinear edition is based on the "Hamilton system," which places the English words directly below the Greek, requiring substantial rearrangement and symbols to guide the reader.  Although 400 years separate Aldus Manutius and James Loeb, who launched the Loeb Classical Library with facing Greek and Latin texts in 1911, they shared the goal of reviving interest in the classics by producing convenient and accessible editions. 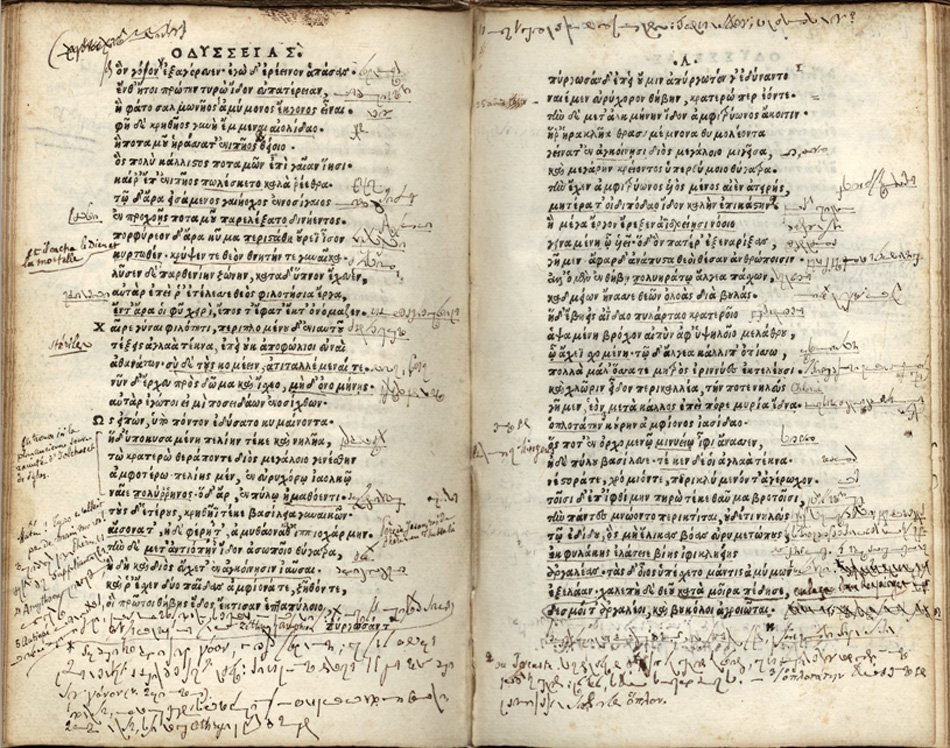 This two-volume edition of Homer is the second Greek edition to be printed and the first of three from the Aldine Press. The text largely reproduces that of the 1488 editio princeps, or first printed edition (shown in a separate case), although it corrects many errors in the earlier work. Both volumes contain annotations in various older hands. The ones in volume two, shown here, are in French, Greek, and an as yet unidentified script. 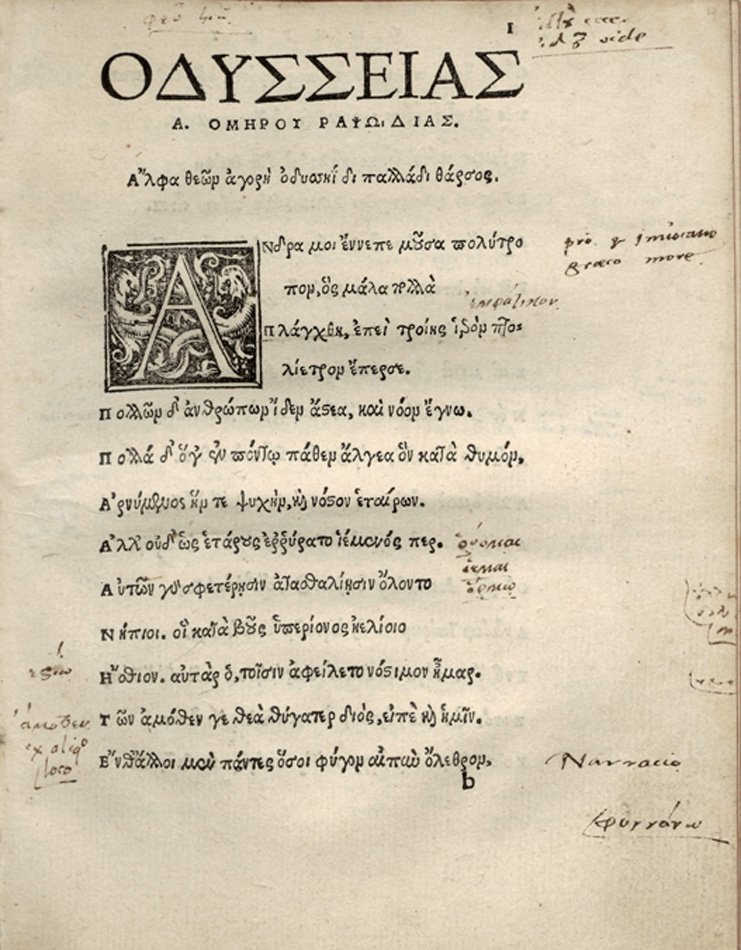 Only the first two books are included in this first separate printing of the Odyssey in Greek. In his preface Andreas Cratander, a Basel printer and bookseller, calls attention to features of the text that are designed with students in mind: it is a manageable size, has been set with generous interlinear spacing so that students can easily take notes on prosody, and has generous margins for additional note-taking. 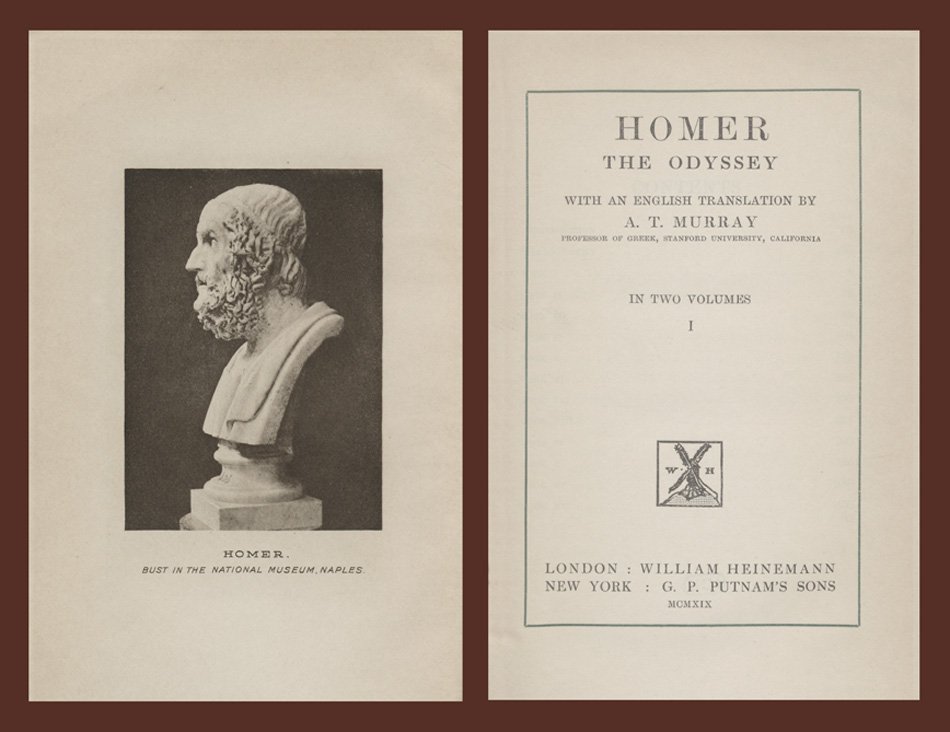 Tell me, O Muse, of the man of many devices, who wandered
full many ways after he had sacked the sacred citadel of Troy.

The Loeb Classical Library, a series of classical translations with facing Greek and Latin texts founded by James Loeb in 1911, aimed to revive interest in the classics in "an age when the humanities are being neglected more perhaps than at any other time since the Middle Ages and when men's minds are turning more than ever before to the practical and the material." TheClassical Journal wrote that "It will give the greatest impetus ... to classical interests since the invention of printing and the spreading broadcast of classical texts in the late years of the fifteenth century."