Most famous as a mentor of Martin Luther King, Jr. during King’s time as a student at Morehouse, Benjamin E. Mays was born in Epworth, South Carolina, in 1894.

After graduating with honors in philosophy from Bates College in 1917, Mays accepted a teaching position in mathematics at Morehouse College and entered the Divinity School at the University of Chicago in 1921, attending during summers. In 1922 he added the pastorship of Shiloh Baptist Church in Atlanta to his duties but returned to the University of Chicago for the academic year in 1924, completing his AM in the New Testament later that year.

Mays remained enrolled in the doctoral program but simultaneously expanded his duties in the South, working for the Florida Urban League and the National Y. M. C. A. on behalf of black colleges in South Carolina, Georgia, Florida, Alabama, and Tennessee. Again, he attended the University of Chicago mainly during the summer but in 1932 returned for a full academic year.

In 1934 he was appointed Dean of the School of Religion at Howard University and in 1935 his PhD was conferred for the thesis, “The Idea of God in Contemporary Negro Literature,” making this one of the first dissertations outside the field of sociology to focus specifically on African American studies. 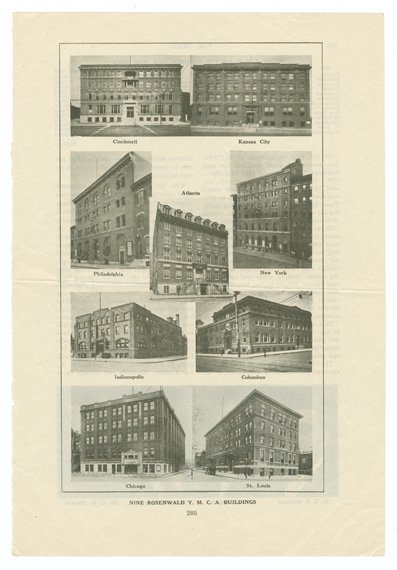 Photographs of YMCA buildings, 1922, from The Crisis


University of Chicago. Office of the President. Harper, Judson and Burton Administrations

Mays was a political activist even during his student days. While this photograph of African American YMCA buildings dates to 1922, it provides some sense of the importance of the context for Mays’ engagement with that institution.