Three African American women earned PhDs at American universities in 1921; they were the first African American women to do so. Georgiana Simpson was one. Her chosen field was German philology. She had written a Masters thesis entitled "The Phonology of Merigarto," a study of an Early Middle High German poem. Her doctoral dissertation, written under the supervision of Martin Schütze, focused on German Romanticism and was entitled "Herder's Conception of Das Volk."

Simpson was born in 1866 and earned an AB at the University of Chicago in 1911, mostly with summer and correspondence courses. She began pursuing her graduate work immediately through further summer courses (1915-1919) while also teaching at Dunbar High School in Washington D.C., a school from which many of the early 20th century's most distinguished African Americans emerged. After two years in full-time residence at the University of Chicago (1919-1921), Simpson earned her AM and PhD in German philology.

Whereas Simpson's original scholarly training had nothing to do with African American themes, like Woodson she also found ways to employ her philological skills toward increased understanding of African American history and literature. Her last major publication was a critical edition and translation from the French of a biography of Toussaint L'Ouverture, the leader of the Haitian slave rebellion and father of free Haiti. (See A credit to the race or a race man? Studying history section).

Simpson's time at the University of Chicago was important not simply for its scholarly significance. Simpson also found herself both in 1907 and in 1920 and 1921 at the center of debates over where and how Negro students would be housed.

Whereas she and Miss Cecilia Johnson had occasioned controversies over social integration in 1907 (see The Social Question - Round One section), the controversies of 1920-21 (see Social Question - Round Two section) had more serious origins: first, a national conversation about how to house Negro students at elite institutions prompted by policy choices at Harvard and, second, the Chicago race riots of 1919, which occurred during one of the summers of Simpson's residence. 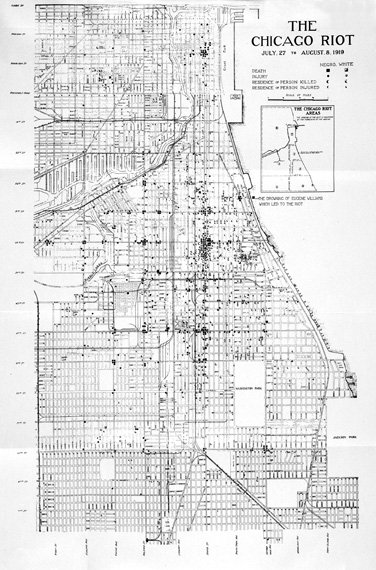