Integrity of the Page

The Creative Process of Daniel Clowes

“I’ve often found that dialogue works much better if you cut off a line before it’s finished: a guy starts to say something and another character cuts him off, so you don’t really get the whole picture of what he’s going to say. Sometimes it’s much more powerful that way, so I was trying to figure out a way to make that work, trying to capture that sensation of not quite being able to make out what people are saying beyond a few little snippets. And then I took it to an extreme level in Mister Wonderful where Marshall’s brain is racing so fast that he can’t possibly bear to listen for longer than three seconds to what anybody else is saying.” (Parille 2009, 192) 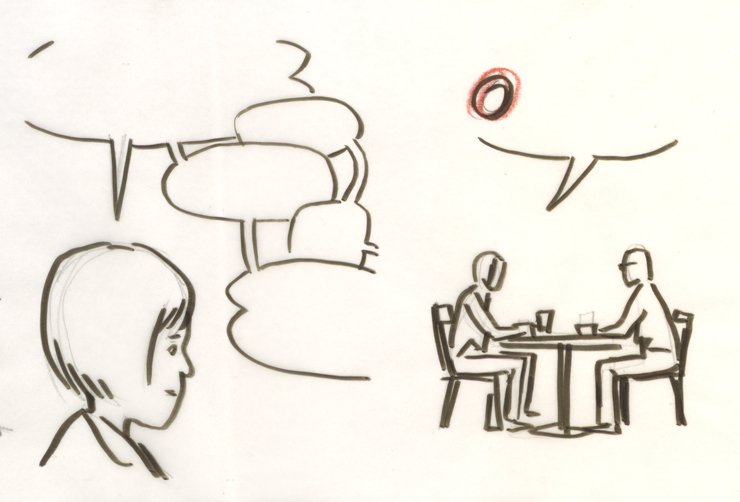 Clowes captures characters speaking over one another by layering speech balloons.

“I often use heavy-ish blacks and dynamic contrast to bring attention to the characters in the foreground, and keep the lines more open as I go further back. Air pressure, smog, clouds, and various optical effects tend to diffuse and distort the way you see things in the deep background, especially in the urban America I tend to be drawing.” (Sullivan 2003, 167) 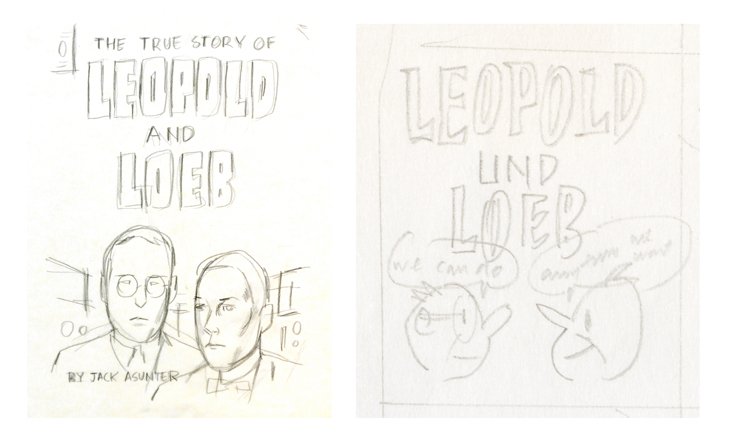 Clowes shifts between realistic and cartoonish portrayals of his characters, approaching each page in the way that inspires him the most.

“My horizon lines tend to be in the lower middle of the panel: I want the viewers to be involved in the story, and I think the best way is for them to be at eye level with the characters most of the time. I have a big drawing board so I’ll draw one point way out to the right and one point way out to the left and mark them on the drawing board. I’ll do that for maybe half the panels on a page. Most panels are just one-point perspective. I do a lot of iconic, flattened-out images so often that’s just a flat grid in the background.” (Sullivan 2003, 164) 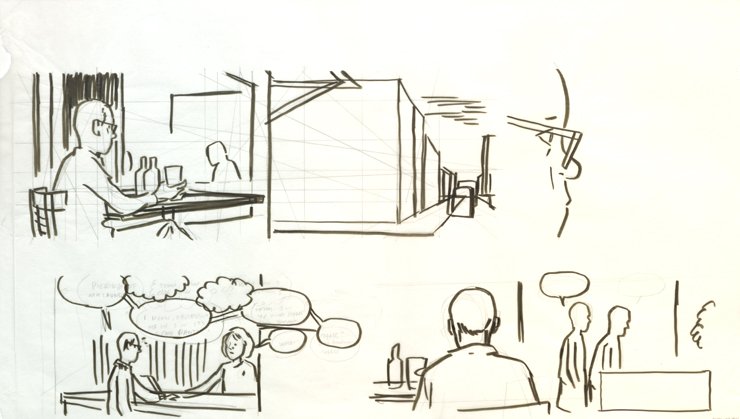