A Library for All Time

The History of the John Crerar Library

Collections & Exhibits > Exhibits > A Library for All Time: The History of the John Crerar Library > Architectural Data and Facts

5730 South Ellis Avenue, Chicago, Illinois 60637
The Library is near the center of campus, on the west side of the Science Quadrangle

New Crerar Library: A Building That Succeeds In Function And Esthetics.  By Paul Gapp.  Chicago Tribune, May 19, 1985

The four-story structure is rectangular in shape and houses mechanical rooms, compact shelving, a conference room, and general library facilities on the three above-ground levels. Library staff work areas are concentrated on the main floor. The exterior of the building is horizontal in organization and mass, but the details of the design reflect the vertical character of the original gothic campus. The entire facade is limestone (supplied by Harding & Cogswell of Bedford, Indiana) and recalls the fenestration of the older buildings on campus. The upper floor cantilevers eleven feet beyond the lower floors.

A skylight in the central three-story atrium introduces natural light to the building while giving the library patron a sense of the library's physical plan. Suspended in the atrium is a sculpture of aluminum and Waterford crystal by Chicago artist John David Mooney. A freestanding limestone entry arch in the Tudor style complements the architectural style of the original campus. Crerar's motto, the University's motto, and the name of the building were carved in stone by Galloy and Van Etten, Inc., of Chicago

Non est mortuus qui scientiam vivificavit (translation: "He has not died who has given life to knowledge")

The John Crerar Library, foundations, corporations, individuals, and University revenue. A roster of principal donors is permanently located in the atrium of the Library.

At the time the library opened, there were 650 seats for readers, including 182 on the main floor, 212 on the second, 220 on the third, and 36 on the lower level. Subsequent renovations have replaced some of the reader seating with computer classrooms on the main floor.

Library tables and carrels from the Library Bureau are light oak to match the interior finishes. Study chairs are by Thonet; office furnishings are from Steelcase.

Granite floors in the atrium and main staircase areas are from Cold Springs Granite Company of Cold Springs, Minnesota. Most staff offices, reference, and reading areas use carpeting supplied by Patrick Carpet Mills. Vinyl composition tile is in bookstacks and technical services areas. The exterior granite stairs are from the Texas Granite Corporation of Marble Falls, Texas.

Incandescent lighting is in office and study areas. In the book stacks, timed fluorescent lights are at right angles to shelves to allow changes in stack spacing. All lights were manufactured by Garcy Lighting Company of Chicago. Significant modernization of lighting was done in 2013, replacing the incandescent lighting in study areas with compact fluorescent bulbs and fixtures and installing motion activated switches to improve energy efficiency.

An adaptable, multi-function system provides continuous protection of people and library materials from fire, theft, and vandalism. It also provides surveillance and traffic control of selected areas. It was designed by Gage-Babcock & Associates and was installed by Forest Security Systems. One component of the system uses 3-M's equipment for book theft detection.

Several significant building renovations have taken place since the John Crerar Library first opened its doors in September 1984. In 1998, an additional 21,000 linear feet of compact shelving with a capacity of approximately 175,000 volumes was added on the lower level of the library. A collaborative project with campus IT resulted in a computer cluster and classroom facility located on the lower level of the library where a public canteen and staff workspaces had previously been located. This facility operated until 2012. The space was renovated again and is now home to a graphic arts and printing operation, as well as a computer classroom used for library workshops, classes and training.  In 2008, a former microforms reading room was repurposed to create the Kathleen A. Zar Room, a technology-equipped teaching and learning space. The first floor of the library was recarpeted in 2013. A new roof, including modern energy efficient skylights and lighting for the Crystara sculpture was completed in 2014. 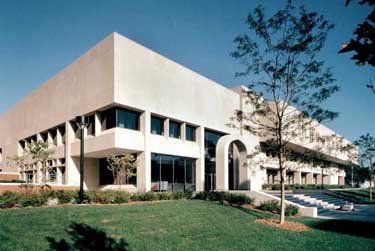 
The University of Chicago Archives