The Nitty-gritty of Sociological Research

Sociological research was a laborious process. None of the technology we take for granted was available to these intrepid scholars. Proposals and reports were written on typewriters with carbon paper for the extra copies. Questionnaires were typed on stencils and copied on mimeograph machines. Sometimes they were printed using the offset process, which required perfect typing. Respondents, young and old, filled out answers in paper.

Once the surveys were collected their answers had to be counted by hand. Sometimes counting was done with small slips of paper. Percentages were calculated manually. Chicago school sociologists rarely used advanced statistics, but occasionally they did. Note the pages showing manual calculations of regression equations.

Students and advanced researchers today should be thankful for powerful computers that do in seconds that which took hours and days to accomplish! 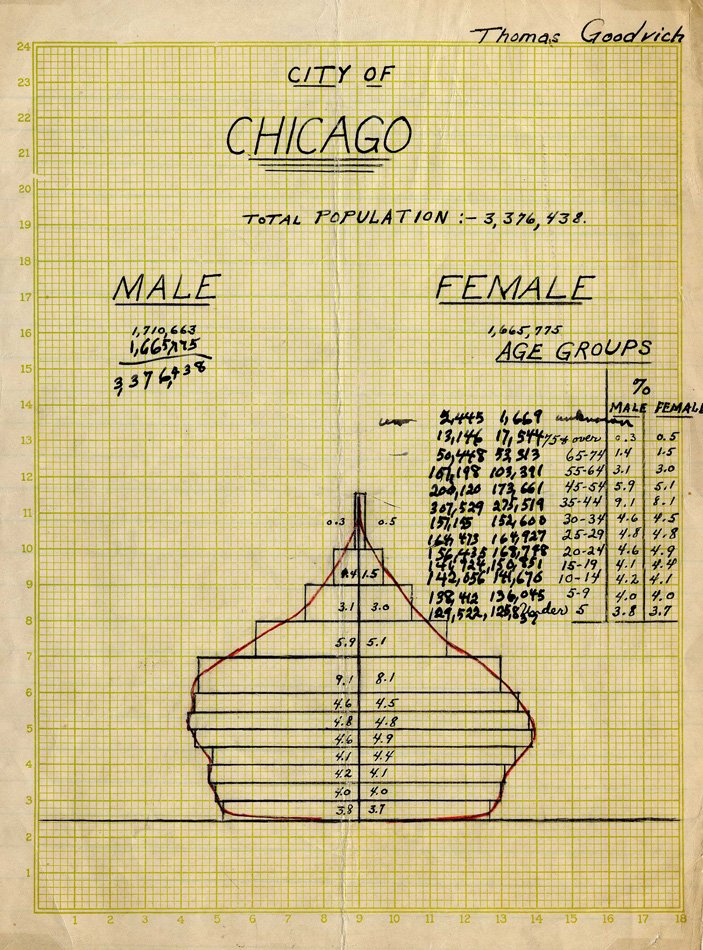 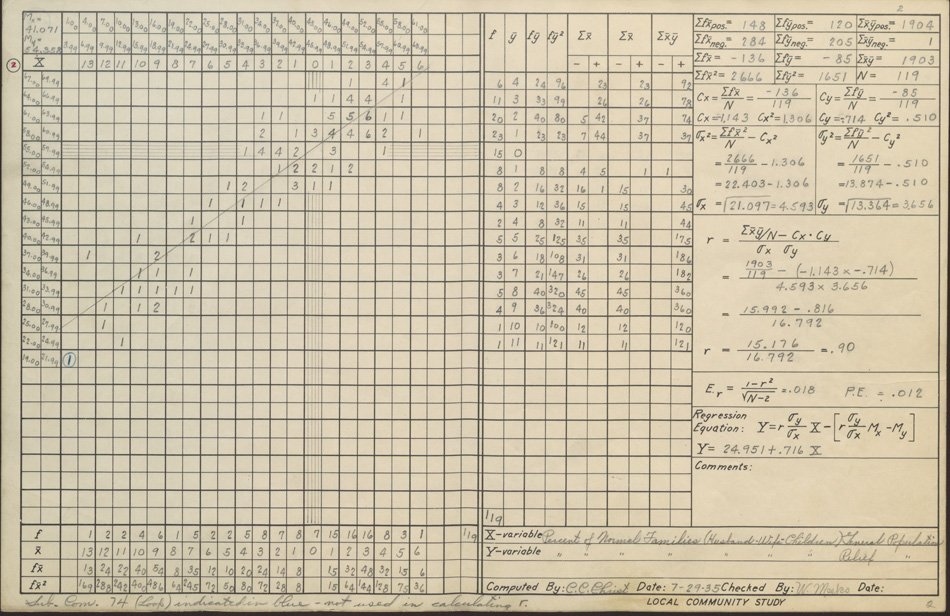 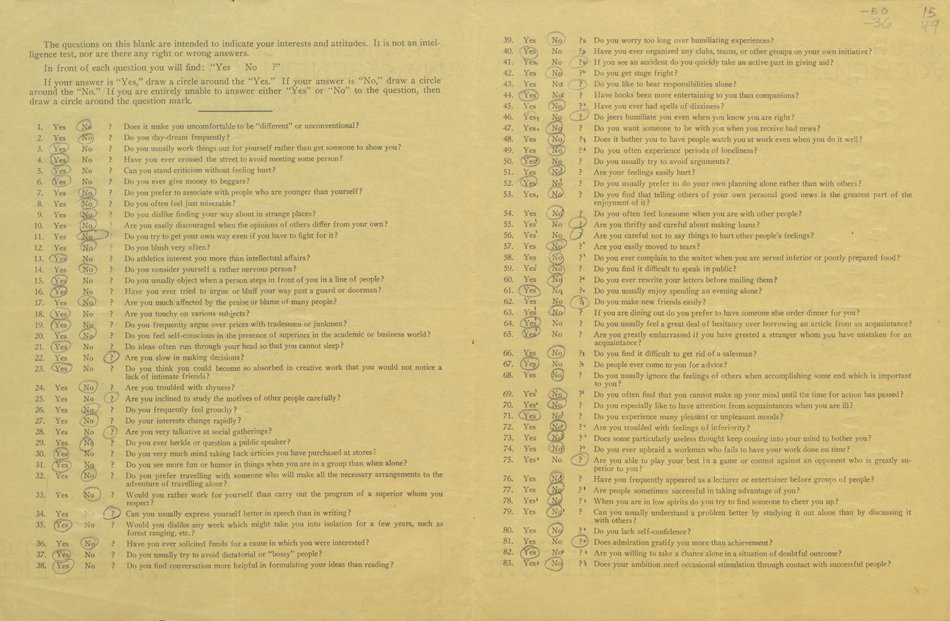