Thomas Edward Wilson was born on July 22, 1868 in London, Ontario, Canada to Moses Wilson and Mary Ann Higgins. He was one of eight children. The family immigrated to the United States when Thomas was nine years old, settling in Chicago. Following high school, Thomas went to work as a clerk for Chicago, Burlington and Quincy Railway. In 1887 he took a job with meat packinghouse Morris & Company, and was promoted to Vice-President of the company in 1906 and then President in 1913. During this time, he married Elizabeth Lavinia Foss, and together they had two children, Helen Elizabeth Wilson (b. 1900), and Edward Foss Wilson (b. 1905).

Thomas Edward Wilson held numerous industry leadership roles throughout his lifetime. He helped organize the American Meat Institute, and served as its President in 1919. He served on the Board of Directors of the International Livestock Exposition, the Oklahoma National Stock Yards, the St. Louis National Stock Yards, the Livestock National Bank of Chicago, the Chicago River and Indiana Railway, the Illinois Central Railroad, the Sherwin-Williams Company, Goodyear Tire and Rubber Co., the First National Bank of Chicago, the Guaranty Trust Co. of New York, the National Association of Manufacturers, and the United States Chamber of Commerce. He chaired the National Livestock and Meat Board from 1935 to 1939.

Additionally, Thomas Edward Wilson helped found the National Committee on Boys and Girls Club Work (now the National 4-H Service Committee), and served as its chairman from 1924 to 1958.

Thomas Edward Wilson was the recipient of several service awards including The Silver Buffalo from the Boy Scouts of America in 1939, the Rosenberger Medal from the University of Chicago in 1940, the Chicago Merit Award, National from the Rotary Club of Chicago in 1945, an honorary LL.D. from the University of Western Ontario in 1945, the Medal for Merit from President Harry Truman in 1946 for his work to organize the nation's fat salvage campaign following the attack on Pearl Harbor, and an honorary LL.D. from Coe College in 1951. 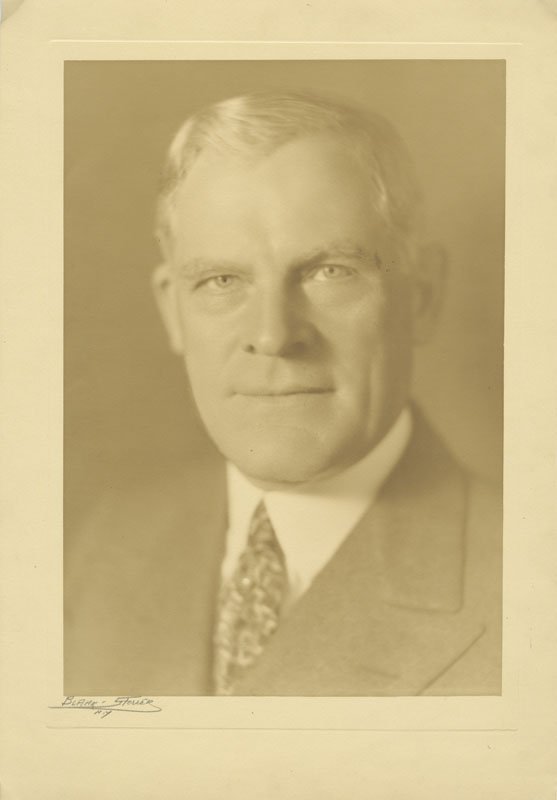 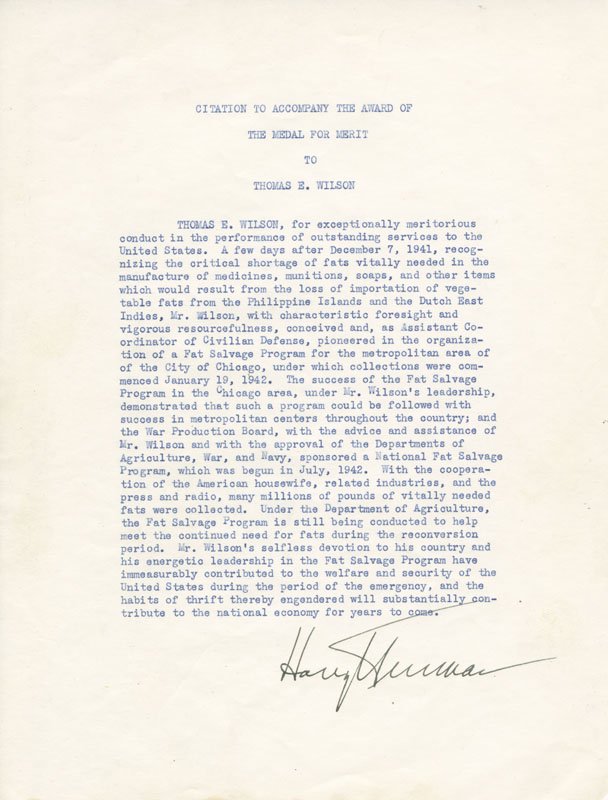 Original citation to accompany the award of the Medal for Merit to Thomas E. Wilson, 1946