These present-day advertisements—Michael Jordan silhouetted in transcendent flight, Barack Obama outlined in the style of populist street art and of early black beauty products, Chief Keef detached from his own image—exemplify the contradictions that continue to shape the graphic design of race. As celebrities and as logos—as subjects and objects of design—they command a presence in the nation's consumer society, while relying on the symbolic power of blackness that can sell not only goods but abstract ideas of flight, hope, and wealth.

Today's global economy and digital media disseminate images of African Americans that can sell nearly anything to anyone, and have enlarged opportunities for black purchasing power, professional advancement, and creative expression in the American consumer society. Yet, the connection between success in the culture industry and durable change in political and economic life has often been fraught. Can a market translate into community? Do advertisers deliver an authentic black culture—or a consumable black style? How can the cultural value attached to blackness be translated into profit for Africa American people?

These questions not only follow from the history of African Americans in commercial art but also speak to the centrality of race in how we understand—and how we will shape—the unsettled future design of American life. 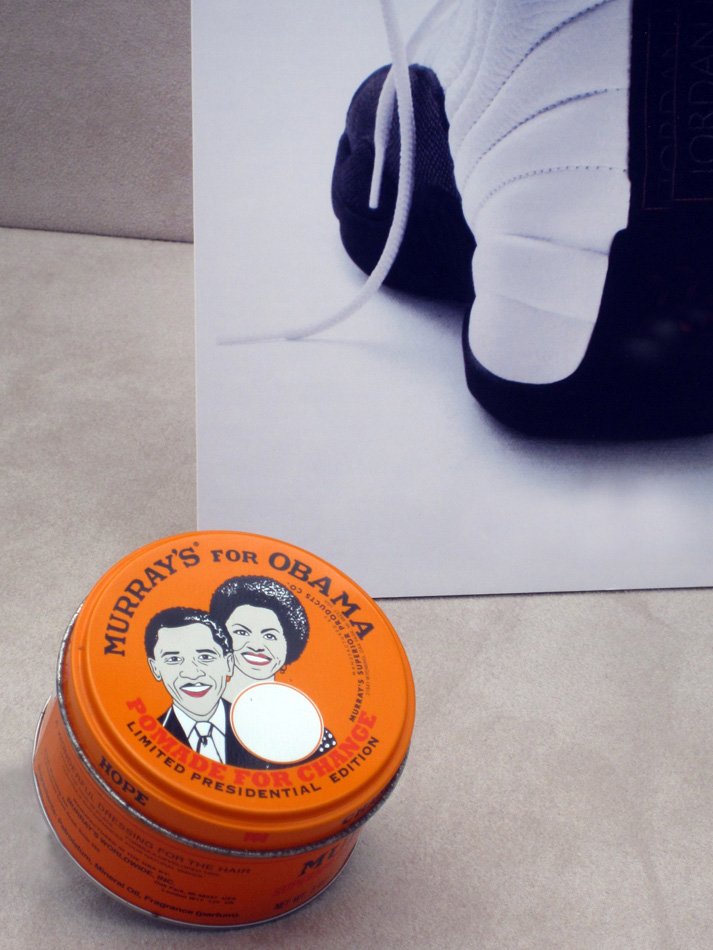 
This advertisement for Nike Air Jordan Shoes appeared in the December 30, 1996 - January 6, 1997 issue of Sports Illustrated.

In the foreground is a tin of Murray's Pomade, on loan from Tim Samuelson.