Collections & Exhibits > Exhibits > Race and the Design of American Life: African Americans in Twentieth-Century Commercial Art > Of Black Books and the Souls of Black Folk

Of Black Books and the Souls of Black Folk

In The Souls of Black Folk, first published in Chicago in 1903, African American author, scholar, and activist W. E. B. Du Bois delivered both a critique of American capitalism and a purposefully designed consumer product. When asked by his editor to choose a cover the book, Du Bois responded decisively, "I greatly prefer the black—it suits the title best." With an expansive field of black cloth textured with gilt titling and beveled frame, the cover "suited" black souls with all the austere elegance of classical bookbinding. In this copy, the original owner enclosed a postcard of the author in his favored poise as an educated Victorian gentleman, exhibiting a faith in the graphic materials of the consumer marketplace to project the race to the heights of modern American civilization.

The book thus serves as a touchstone for the questions facing African Americans in commercial art in the twentieth century. As a text, Du Bois defended the inalienable human soul of black folk against the commercial exploitation that rendered black bodies and black culture into things for sale. As an object of design, however, the book reflected Du Bois's own savvy attitude toward the powers of the consumer marketplace to stake a claim for African Americans in the nation's culture. 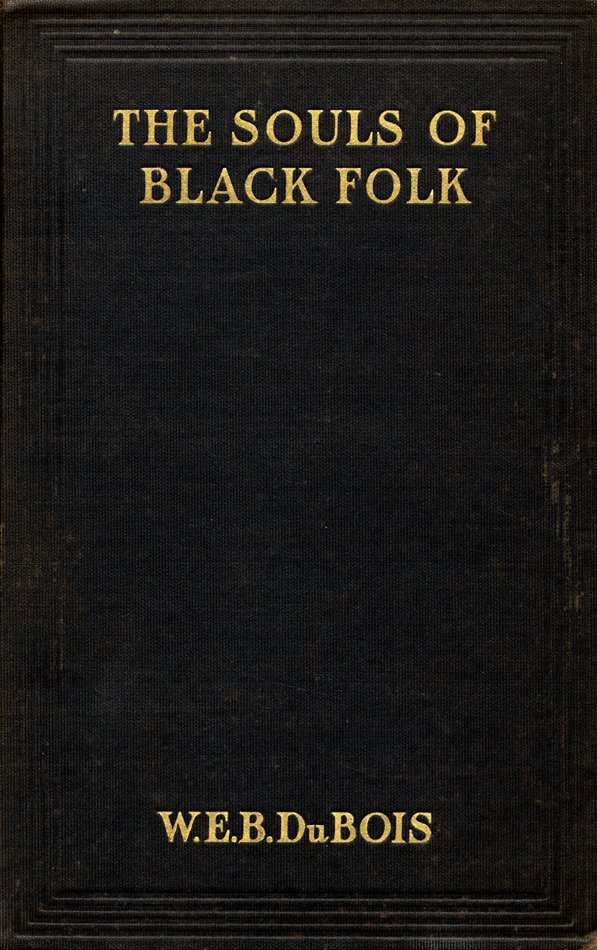 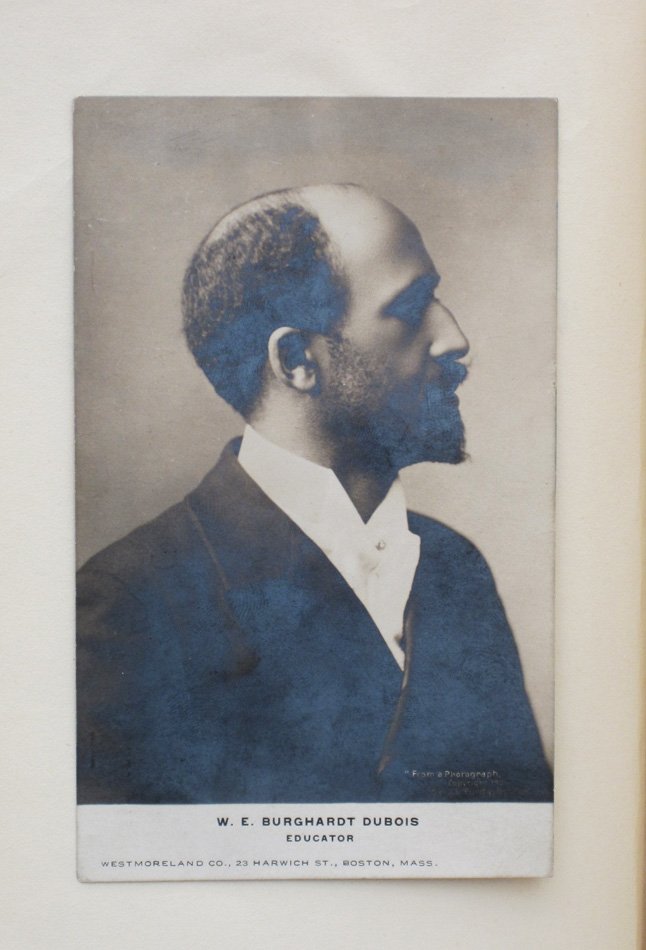 
Affixed to the frontispiece is a photograph of Du Bois by J.E. Purdy.