Collections & Exhibits > Exhibits > Race and the Design of American Life: African Americans in Twentieth-Century Commercial Art > Of the Kingdom of Commerce > Laini and Fundi (Sylvia and Billy) Abernathy

After designing albums for Delmark, Sylvia and Billy Abernathy collaborated with Black Arts poet Amiri Baraka (born LeRoi Jones) in designing and illustrating In Our Terribleness. Africanizing their names to Laini and Fundi, they joined many other young African American artists who were radicalized by the dire economic conditions in black urban communities; in their design work they turned to styles projected an assertive, autonomous racial identity. While Baraka's poetry addressed the psychic violence wrought by racist caricature on black consciousness, the Abernathys' black and white photography and graphic design documented a sense of fracture while championing the beauty of modern blackness. 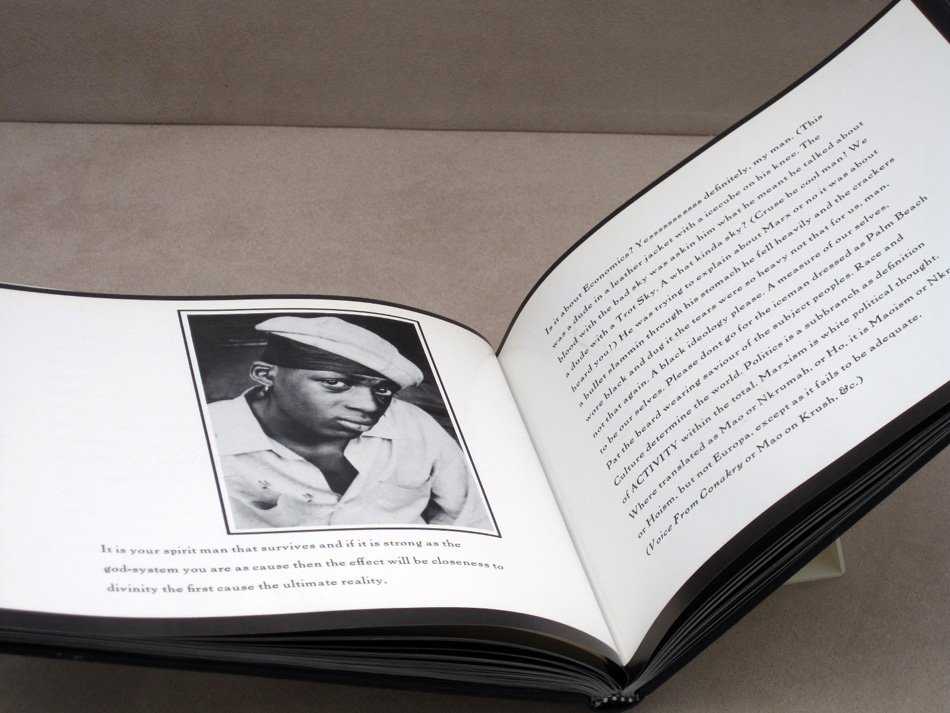