Historians have not been able to determine when and where the game of golf was first played. Some have suggested that golf evolved from earlier sports involving a ball and a club or mallet, among them Roman paganica, Flemish chole, and the courtly game invented by the Italians and adopted later by the French and English, jeu de mail or pall mall. What is certain is that by 1297 the Dutch were playing a game called colf or colven in which a ball was hit toward target or doorway; Dutch of all ages played colf on the grass in warmer weather and on Holland's frozen ponds and canals throughout the winter.

By the fifteenth century, a similar game known as golf was being played by the Scots; golfers in Scotland substituted a hole in the ground for a freestanding target and moved their field of play onto the sandy turf along river estuaries and the shores of the North Sea. This new version of the game proved so popular that Scottish authorities soon considered it and other sports an unwelcome distraction; in 1457, the Scottish Parliament under James II promulgated a decree "that Fute-ball and Golfe be utterly cryit doune, and nocht usit." Despite this ban and others that followed, golf was being played at St. Andrews, Scotland, in 1552, and sporting monarchs including Mary Queen of Scots and Charles I took up the game with enthusiasm.

Faced with the need to explain golf's murky origins, later chroniclers of the game typically adopted one of two approaches. Some, like the early sports historian Robert Clark in his Golf; A Royal and Ancient Game (1893), consulted original sources and attempted to construct a plausible sequence of events. Others, like Arnold Haultain in The Mystery of Golf (1908), openly embraced the enigma of the game's beginnings and gently satirized its presumed premodern origins. 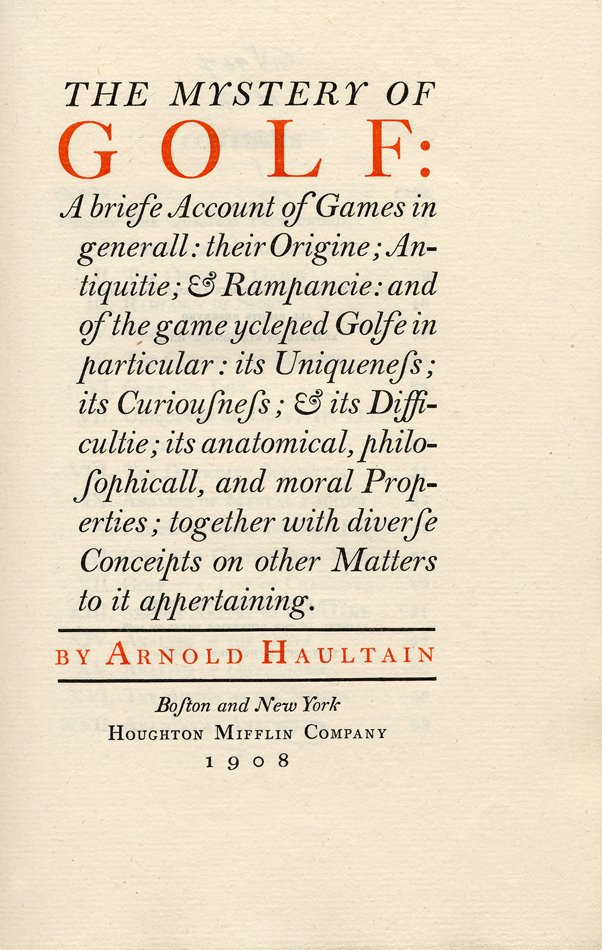